A British man with the word ‘Taiwan’ tattooed on his forehead has been badly beaten up by a gang of Chinese men who objected to his allegiance to the break-away island nation.

Paul Farrell, who has lived in Taiwan for 14 years and is now a naturalized citizen following his marriage to a local woman, came to grief while on holiday in Cambodia.

He was set upon at the weekend in the southern Cambodian city of Sihanoukville when he became embroiled in an argument with the Chinese men who took exception to the word ‘Taiwan’ in traditional Chinese characters that were tattooed on his forehead.

The Taiwan News reported today that he lost two teeth, two other teeth were damaged, he suffered a gash to his head, received a fat lip and ended up with bruises on his body.

He told the news portal that he had gone into a bar on Saturday evening and ordered a drink, taking off his hat as he did so – revealing his tattoo.

A large grouup of Chinese men, believed to be overseas workers, shouted in Mandarin ‘Taiwan – China!’.

Farrell then made the mistake of replying ‘Taiwan-Taiwan!’

‘They went insane, grabbed poles and started attacking me,’ he said.

The men, he claimed demanded that he said that Taiwan was part of China, and fearing for his life, Ferrell said in Mandarin ‘OK, you think Taiwan is China, I’ll say Taiwan is China. I just want to leave.’

In a Facebook post today, Ferrell admitted his regret at having the tattoo on his forehead – and warned other tourists to take care when travelling in Cambodia.

‘In future, not going to take my hat off, getting tattoo removed btw as was a stupid drunken mistake getting it tatooed on my face.

‘Any other part of my body would have been fine but not the face.’ 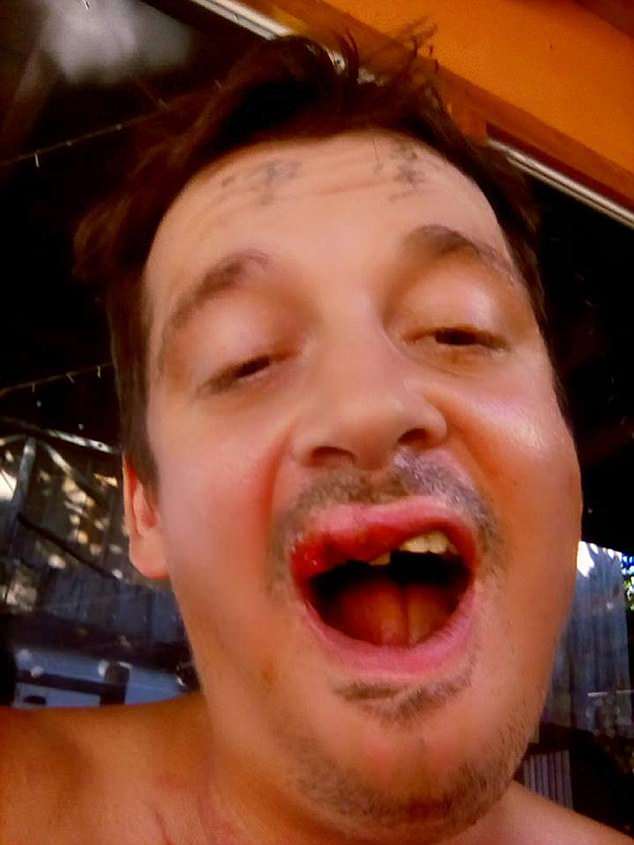 Farrell, who has lived in Taiwan for 14 years, and is now a naturalized citizen was savagely beaten

He pointed out that he had previously had four laser treatments on his face, so that the image of a flag on his chin was almost gone but he needed further work on his forehead.

‘Taiwanese be careful abroad, stay safe! Actually I’ve met many really nice Chinese here in Cambodia but obvioiusly only takes one group that are not so friendly and have trouble.’

Ferrell received widespread attention last October when photos of the Taiwan tattoo on his head and the nation’s independence flag tattoo on his chin emerged.

Following what he said was his new citizenship he adopted the Chinese name ‘Lohan’ and began running a bar called the Kayak Club in Kaohsiung.

It was not long after he shot to fame with his tattoos that he ran into trouble with the law when he was arrested for drunk driving. He was pulled over by police for riding a motor scooter erratically.

Placed under arrest, he became highly agitated in a holding cell and reportedly broke the toilet before passing out.

Local media reported that Farrell had a record of drunk driving and had previously been arrested for committing arson when he threw a Molotov cocktail at a shop out of rage about a hamburger. 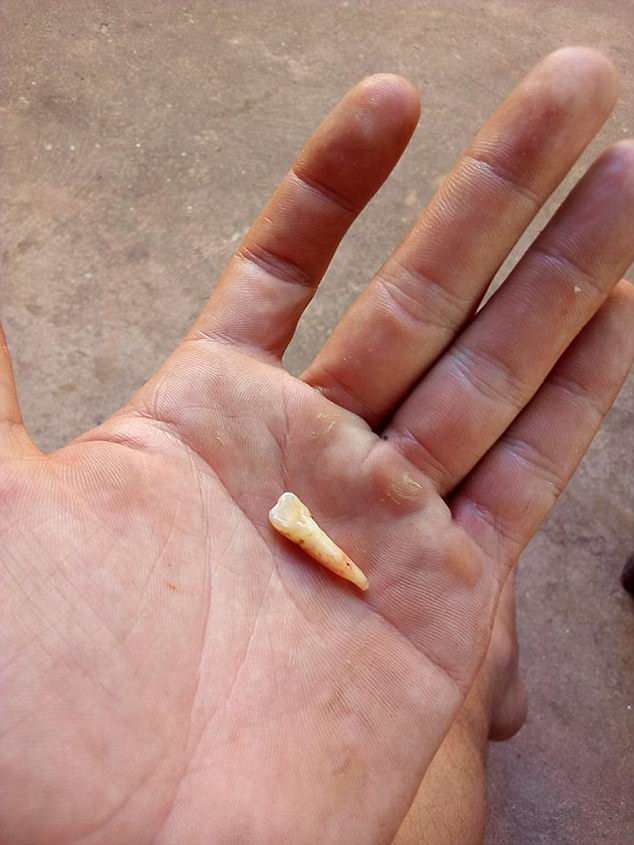