A terrified British family of four were dramatically saved from a remote South Pacific reef when their catamaran ran aground in heavy seas and began taking on water.

They faced being stranded and were ‘very lucky’ a sailboat was anchored nearby and saved them, as their vessel was likely to break apart on the reef.

Martin Vogel, who came to their rescue, said the family’s catamaran was a wreck after it ran aground in heavy seas at about 2.30am on Beveridge Reef in the South Pacific.

Mr Vogel said he was able to communicate by radio with the family overnight and rescue the boy and girl, aged about 13 and 11, and the adults using a life raft when daylight broke a few hours later.

‘They were pretty distressed but they’re all sleeping now,’ Mr Vogel said from a satellite phone aboard the Dona Catharina.

Geoff Lunt, a senior search and rescue officer from New Zealand’s Rescue Coordination Center, said it was very lucky the Dona Catharina happened to be anchored inside the reef’s lagoon at the time.

He said the boat was taking shelter as it sailed from New Zealand to the remote island of Niue, about 240 kilometers (150 miles) to the northwest, to help with a study of humpback whales.

Mr Lunt said the family aboard the 15-meter (50-foot) catamaran Avanti activated their distress beacon at just after 2:30am and that New Zealand officials then sent out an alert to ships. 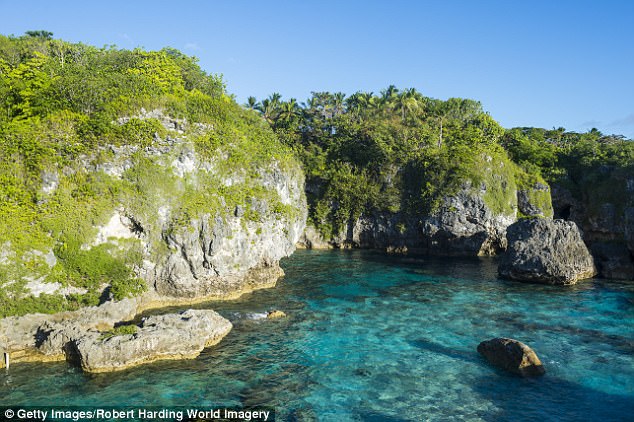 He said the boat was taking shelter as it sailed from New Zealand to the remote island of Niue, about 240 kilometers (150 miles) to the northwest, to help with a study of humpback whales 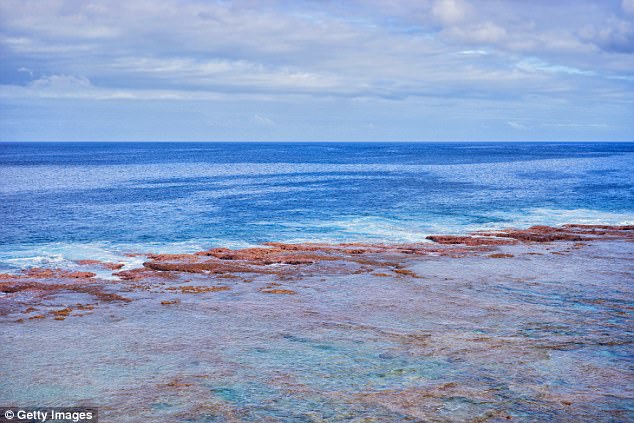 By 2:50 am they had received a call from the Dona Catharina, Mr Lunt said.

Vogel said the seven crew members aboard his 18-meter (60-foot) ketch had been intent on completing the rescue and hadn’t yet gotten the full story from the family, so he wasn’t sure if they were hoping to shelter at the reef or were simply unaware of its existence.

He said the lagoon inside the reef can provide calm water for boats but the Avanti had run aground on the opposite side from the lagoon’s narrow entrance.

He said the family was able to gather some clothes, passports and a few treasured items when they rescued them.

He said the weather was still treacherous and he plans to wait it out before attempting to complete the journey to Niue.