British father, 68, dies after being ‘electrocuted’ while on holiday in the Caribbean

A British father has died from suspected electrocution at a dam on the Caribbean island of St Lucia.

Martin Ellis, 68, was found in an unresponsive state around 4.30pm by police officers at the Sir John Compton Dam in Roseau, St Lucia.

The business development director from West London was visiting the island with his three sons.

Martin Ellis, 68, died from suspected electrocution following at a dam on the Caribbean island of St Lucia

He was pronounced dead at the scene last Friday.

A statement from The St Lucia Water and Sewerage Company (WASCO), the company who owns the dam which supplies water to the island, said: ‘WASCO wishes to inform the general public of it’s deep regret and sadness with respect to a fatal incident that occurred at the Sir John Compton Dam on Friday, August 16, 2019, in which a British national died.’

A statement by Mr Ellis’s three sons said: ‘On 16th August our father, Martin Ellis, of London UK, met his death at the Sir John Compton Dam as a result of a terrible incident.

‘We, his three sons, were with him. Our mother, who is severely disabled, had remained at home in England. 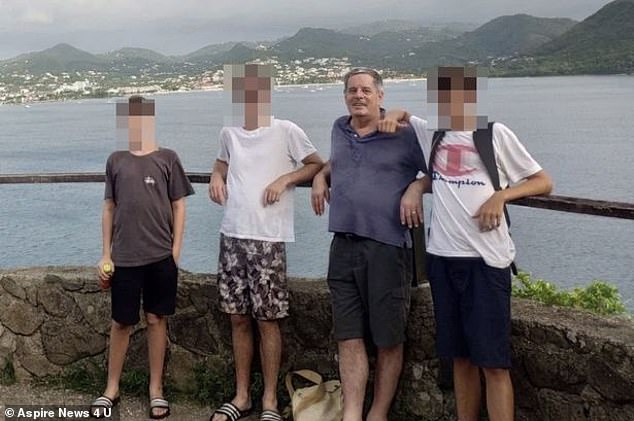 Mr Ellis was visiting with his sons, who were with him during the accident. In a statement, they said: ‘Our father loved to walk and to explore. Guidebooks, maps, and TripAdvisor indicated the dam and nearby bird sanctuary were worth a visit’ 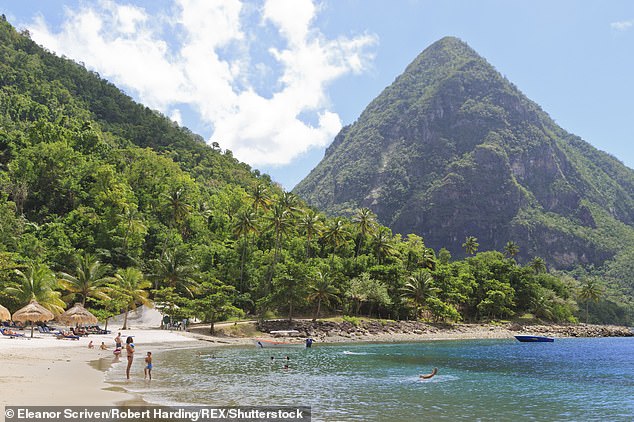 ‘Our father loved to walk and to explore. Guidebooks, maps, and TripAdvisor indicated the dam and nearby bird sanctuary were worth a visit.

‘We, the three boys and our mother, wish to thank all who helped us, both on the day and to get back to London.’

Managing director of Jamm Print Liz Shackleton, the South London-based company Mr Ellis worked for said: ‘When Martin joined us, he came with quite a lot of previous experience.

‘He had a lot of experience of the graphical trades, and of financial management and business development.

‘Our team is quite close-knit, and people always felt they could go to him with questions and he was always there with advice and help. He had a very dry sense of humour. 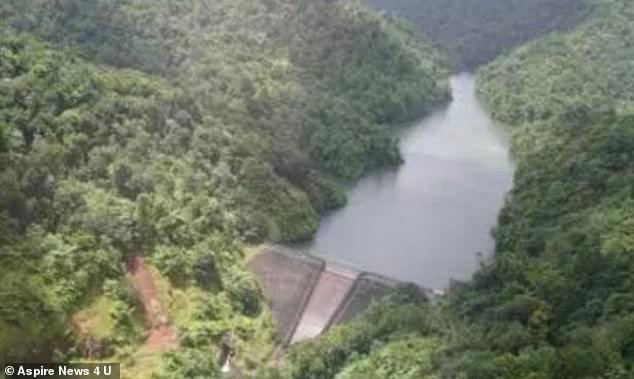 Mr Ellis was found in an unresponsive state at the Sir John Compton Dam in Roseau, St Lucia (pictured)

‘Martin was always prepared to take a risk if he thought it could benefit the company, and he was a planner. Quite visionary. He understood what it is like to work in a difficult industry at times when change is needed, and he was not afraid of change.’

Mr Ellis came to the commercial, trade and direct mail printing outfit from a storied career, having worked for the National Gallery as a project director and also as general manager of photographic agency Corbis UK, which was founded by Bill Gates.

At Jamm, he always worked three days a week in order to be present for his sons.

Access to the area known as ‘hilltop’ is blocked with a secured metal chain across the roadway. Mr Ellis reportedly collapsed in this restricted area of the Dam.

Police in St Lucia are presently investigating the incident and the water company is cooperating fully with the investigation.

A post mortem is planned for next Monday to determine the exact cause of death.

‘WASCO wishes to extend sincere condolences to the family of the deceased on the sudden passing of Mr Ellis,’ a company statement said.

Mr Ellis is survived by his sons and his wife Amy.