British father, 39, is on life support in Spain after he fell into a dual carriageway while running down a hill and a car hit him

A British father is fighting for his life after he fell from a hill on to a dual carriageway and hit a car in Spain.

Haydn Atwood, 39, tripped and fell while running down the hill with his son Ashley, 17, on the first day of their family holiday in Malaga.

The carer, from Caerphilly in South Wales, is on holiday with his girlfriend Joanne and son Ashley who saw his father fly through the air after colliding with the car.

Haydn Atwood (left), 39, is fighting for his life after hitting a car when he tripped and fell while running down a hill in Malaga with his son Ashley (right), pictured boarding the plane together at Bristol Airport 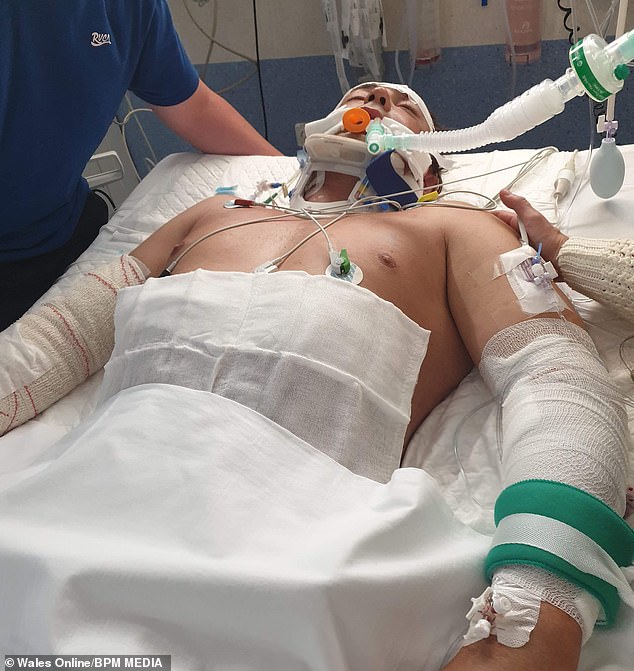 The carer from Caerphilly, South Wales, was on the first day of his holiday when the incident happened

Mr Atwood’s sister Hailey said: ‘Haydn and Ashley were running down a hill at about 10pm when Haydn fell into the path of an oncoming car.

‘Ashley witnessed the sight of his dad being thrown into the air.

‘Haydn had to be resuscitated on the side of the road. He had internal bleeding but he’s had surgery and they managed to stop the bleeding inside.

‘But he also had a bleed on the brain and his skull is fractured on one side. He’s on life support and he’s got a tube down his throat. His organs are damaged from the impact. 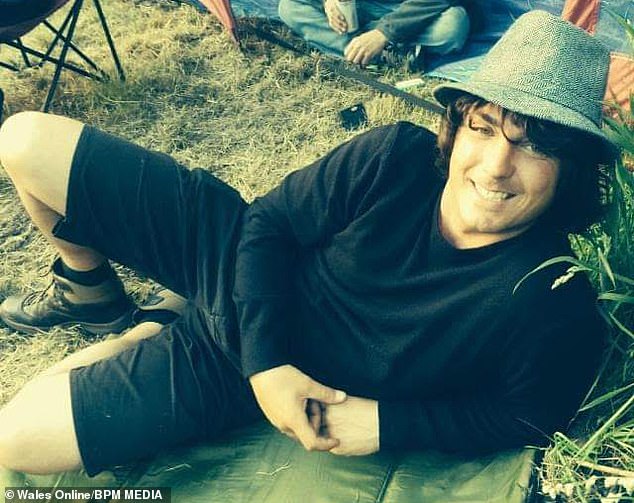 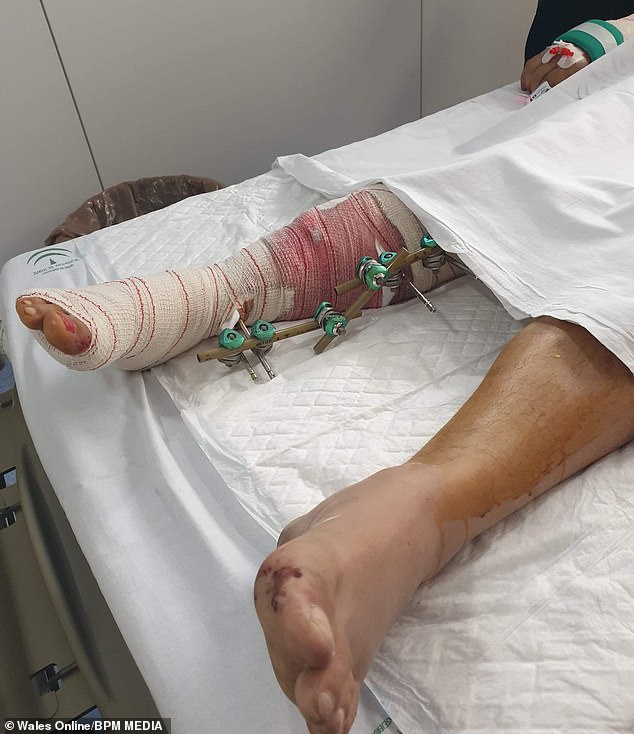 The Atwood family are flying out to Spain to be with him thanks to money raised by their local community as he does not have medical insurance.

Mr Atwood was rushed to the Hospital Clinico Universitario where he remains on a life support machine.

His family are flying out to Spain to be with him thanks to money raised by their local community in Caerphilly, South Wales as he does not have medical insurance. 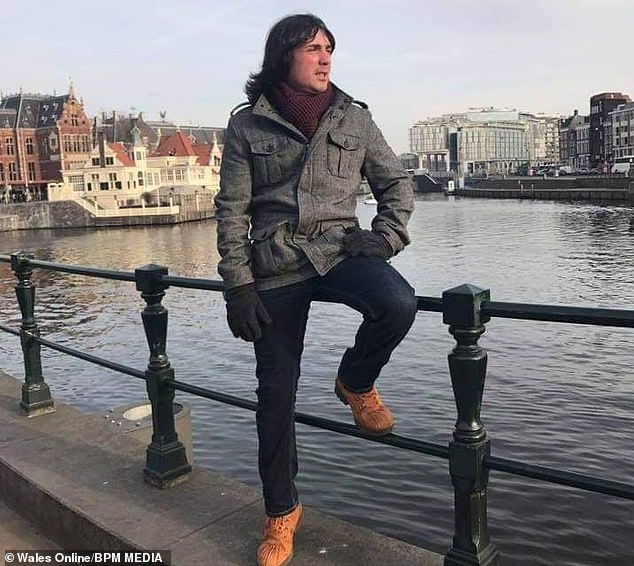 His sister said: ‘He needed surgery on his heart, but was too weak.

‘He’s highly sedated at the moment but they’re going to try and reduce the sedation on Friday.’

‘It was their first day out there and they had gone for a walk but as they were jogging down the side of a mountain momentum picked up and they didn’t stop.

‘Haydn went straight onto the motorway and got hit by a car. His son saw his father fly up in the air.

‘I couldn’t believe it when I was told. He hasn’t got travel insurance, so getting him home could prove be costly.’