‘British forces must go back into Afghanistan’: Former defence ministers call for rethink

By Mark Nicol and David Williams for the Daily Mail

Two former defence ministers have called on British forces to return to the frontline in Afghanistan to stop the Taliban taking over.

Ex-Commando Johnny Mercer and Tobias Ellwood, chairman of the Commons defence committee, are leading calls for the UK to reverse its decision to abandon the country.

The withdrawal, which came after President Joe Biden’s decision to bring US troops home, is already having dramatic consequences for the region.

In the weeks since the last British troops pulled out, the Taliban has made huge territorial and strategic gains, putting the lives of former British interpreters in even greater jeopardy. 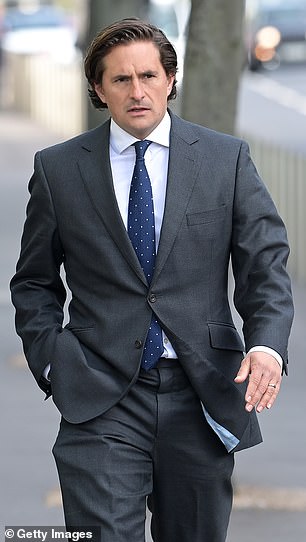 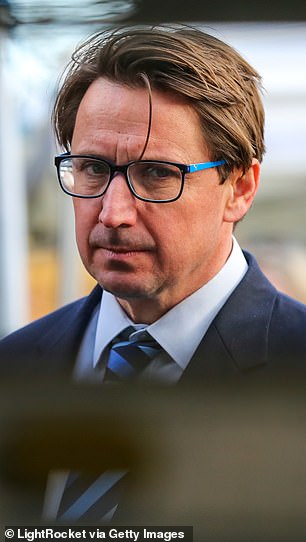 Ex-Commando Johnny Mercer (left) and Tobias Ellwood (right), chairman of the Commons defence committee, are leading calls for the UK to reverse its decision to abandon the country

Many live in Helmand’s capital Lashkar Gah – which was on the verge of falling to the Taliban last night – and face almost certain death should they be identified.

The Daily Mail’s award-winning Betrayal of the Brave campaign has highlighted the plight of ex-translators at risk of Taliban revenge attacks.

And yesterday Labour claimed that around two-thirds of the Afghans who supported British forces could still be under threat.

It came as Mr Mercer warned that, although the US has lost its ‘moral compass’ and ‘left Afghanistan to its fate’, that doesn’t mean Britain should do the same. 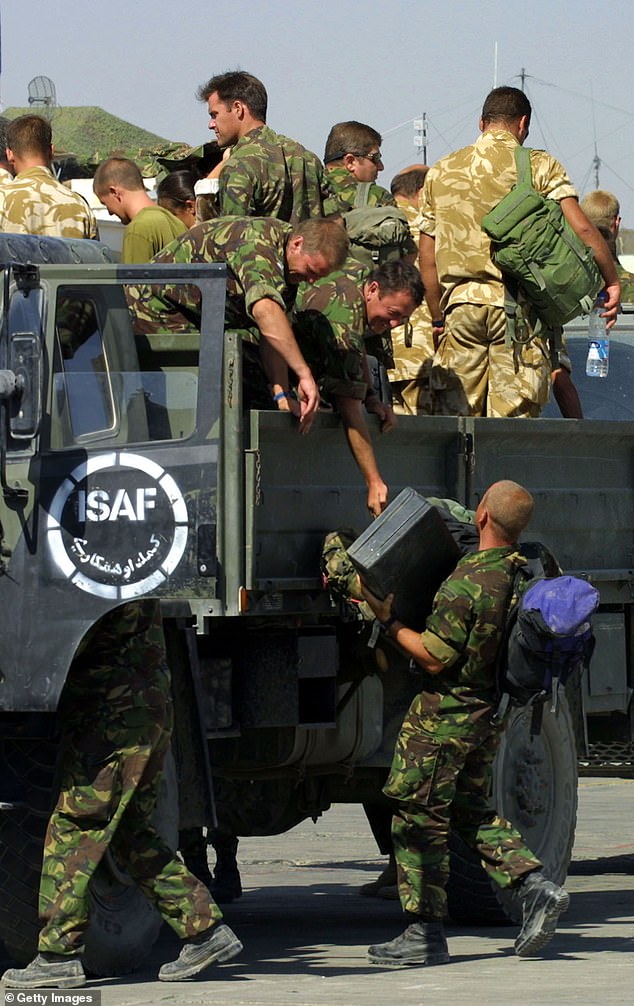 In the weeks since the last British troops pulled out, the Taliban has made huge territorial and strategic gains, putting the lives of former British interpreters in even greater jeopardy

‘We have aircraft all over the Middle East. We should be dropping bombs and killing Taliban,’ he said. ‘No call for air support from Afghan troops on the ground should go unanswered.’

The Tory MP, who served three tours of Afghanistan, added: ‘A lot of British blood was spilled in Helmand Province.

The Daily Mail and other leading media groups have called on the Government to provide sanctuary to Afghans at risk because of their vital work supporting British journalists.

In a letter to Prime Minister Boris Johnson and Foreign Secretary Dominic Raab, they highlight how the Taliban has ‘masterminded a campaign of targeted killings against reporters’.

The signatories – including Sky News, The Guardian and The Times – also called for a special Afghan visa programme so those who have worked for the British media can find safety in the UK with their families.

The letter warns: ‘There is an urgent need to act quickly as the threat to their lives is already acute.

‘If left behind, those Afghan journalists and media employees… will be left [at] risk.’

The sacrifices of our troops are being squandered. Was it all really for nothing? Are we really so tied to the Americans that we cannot do anything ourselves or with other Nato partners?’

Mr Ellwood also called on the Government to ‘step up’ and ‘show international leadership’. ‘The accelerated withdrawal of Western troops from Afghanistan while the Taliban is rampant is the biggest foreign affairs own goal of this century,’ he said.

‘Britain must step up and show international leadership, convene a conference of like-minded states and get a plan in place to deliver effective military support. If we don’t, everything we fought for since 2001 could be lost.’

Speaking of August 31, when all US and Nato troops are expected to be out of Afghanistan, he added: ‘This order must be revoked. The UK must not be timid.

‘We are capable of acting without the Americans and it’s time to prove it.’

From 2001, more than 450 British troops sacrificed their lives in Afghanistan and more than 2,000 suffered serious injuries. The vast majority were killed in Helmand, where the Taliban have seized nine out of ten districts in its capital, Lashkar Gah.

It is one of three provincial capitals under siege by the Taliban.

The Taliban commander overseeing an assault on the capital of Helmand was released from prison at the US’s request, it was reported last night.

Mawlavi Talib was one of 5,000 prisoners released last year in a bid to reach a peace deal between the Taliban and the Afghan government.

However, Talib is now leading the Taliban offensive in the city of Lashkar Gah – with at least 50 civilians feared dead in the most recent fighting.