British Gas has admitted it is losing household customers at a rate of nearly 100,000 a month as people switch from rip-off tariffs.

The power supplier’s parent company, Centrica, told the City yesterday that it shed 373,000 customers in the four months to the end of October.

At the same time, the energy giant admitted the Government’s cap on expensive standard variable tariffs (SVT) is likely to cost it around £70million in lost earnings.

The cap comes into effect on January 1 and will cut the average annual bill for a typical customer with British Gas by £68 a year, bringing it down to £1,137.

However, customers can make much bigger savings by switching to different fixed-rate tariffs either with British Gas or a rival supplier, including one of the new small energy companies that have entered the market in the last two years.

British Gas customers on an SVT can save as much as £284 a year by switching to the cheapest deal on the market with a rival.

The energy minister, Clare Perry, has criticised price rises by British Gas – and other suppliers – over the past year and advised families to switch away to save money.

Thousands of British Gas customers have taken the Government’s advice and left the company to reduce their heating and light bills.

The number of British Gas customers signed to an expensive SVT has now fallen from 4.3million at the start of the year to 3.1million. This figure is expected to fall below 3million before the end of the year. 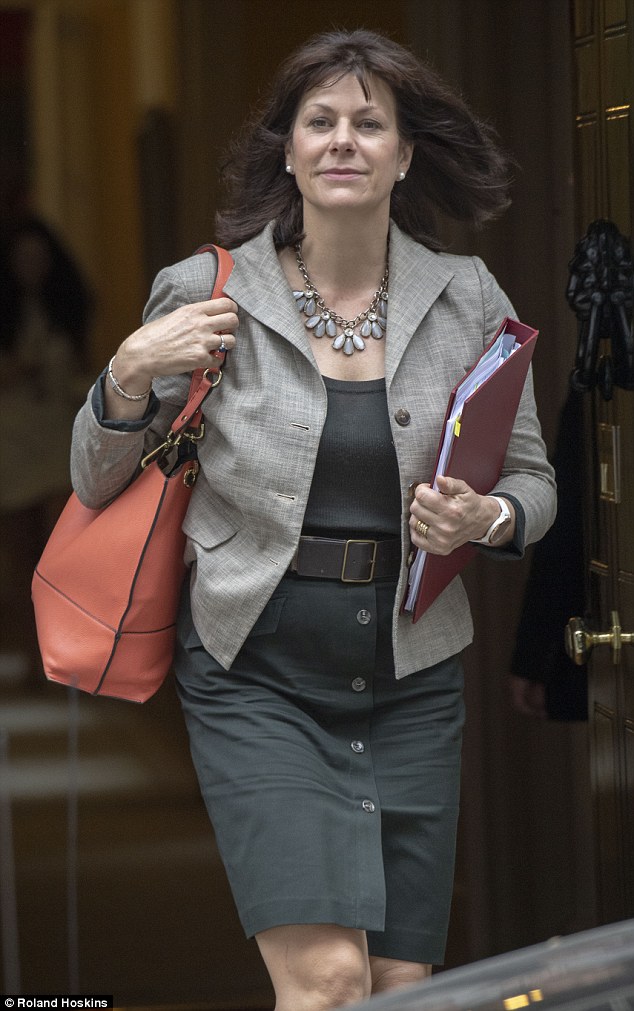 Yesterday’s news of the mass customer exodus saw more than £760million wiped off the company’s market value as the share price slumped by 9 per cent before recovering slightly.

He added: ‘The longer term problems lie in the British Gas business, where a price cap and shake-up in regulation is costing the group hundreds of thousands of customers. 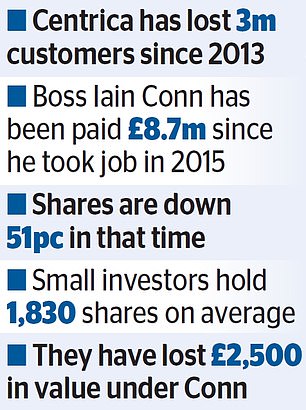 ‘Centrica’s making progress in shifting consumers off the single variable tariffs that are being targeted, but it’s a slow process and there are still some 3million customers that will be affected.’

Centrica’s chief executive, Iain Conn, received £1.7million in pay and perks last year – down from almost £4million the previous year when he benefited from extra payments under a ‘golden hello’ deal.

Making a trading statement to the City, he said Centrica remains on track to meet its financial targets despite the loss of so many customers and the impact of the cap on some bills.

He added: ‘Our efficiency delivery and new customer propositions are helping to offset the effects of strong competition and regulation in energy supply.

‘Maintaining a focus on performance delivery and financial discipline and demonstrating resilient cash flows remain our objectives for 2019 and beyond, as we deal with the impact of the UK energy supply default tariff cap.’