British girl, two, is found alone on Tunisian beach after she was allowed out of hotel’s kids’ club

A two-year-old British girl was allowed to walk out onto a Tunisian beach alone, as the hotel’s kids’ club did not notice she was missing.

Ella Bryson, two, was found by a fellow tourist with tears streaming down her face after she went missing from the Sahara Beach Aquapark Resort in Monastir a month ago.

Billy and Claire Bryson, her parents from Angus in Scotland, were mortified to discover the hotel was not even aware Ella had escaped.

Claire quoted by the Sun in the Scotsman, said: ‘It’s a parent’s worst nightmare. The nightmares I’ve been having since have been terrible. 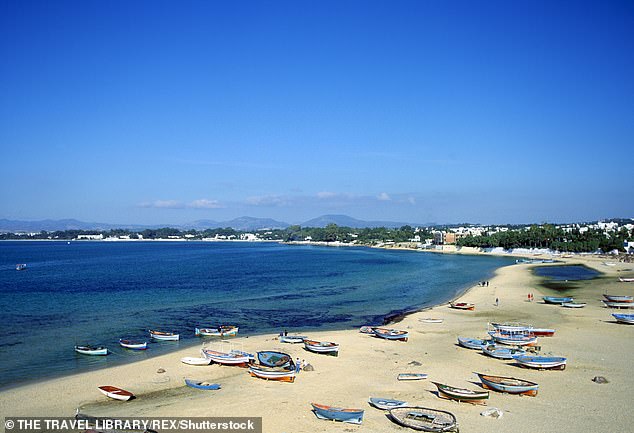 ‘This is something none of us should have had to deal with.’

The 32-year-old mother and her husband Billy, 30, dropped their baby off only for her to appear with another holidaymaker in hysterics just 20 minutes later.

Billy told the paper: ‘Somebody could have grabbed her on the beach or she could have gone into the water and drowned.

‘If somebody had picked her up, how were security going to know that she wasn’t just crying for her mum?’

The father confronted the kids’ club worker who was completely taken aback by his telling her he had just discovered his own daughter.

Ella’s parents stated that even now when they go shopping their daughter has anxiety over getting lost and hangs onto her parents’ hands tightly.

They have complained to Thomas Cook since returning.

The Sahara Beach Aquapark is an all-inclusive three-star hotel with three large swimming pools and a children’s paddling area.

There are four restaurants – one of which serves local cuisine – bars and nightclubs, from £53 a night.

There are still large swathes of the north African country that the Foreign Office advise against travelling to over terrorism fears.

In 2015, 38 people including 30 British citizens were gunned down as they lay on the beach in the resort of Port El Kantaoui near Sousse.