By Giulia Crouch For Mail On Sunday

The British grandmother jailed in Portugal for smuggling £1 million of cocaine on a cruise has complained about the ‘very hard’ conditions she has suffered in custody.

Retired secretary Sue Clarke, 71, who was imprisoned last week alongside her husband Roger, 72, said that she was being kept in an unheated cell, shared with four other women.

She also claimed that she has been given mostly just water to drink and even bemoaned the fact that she had difficulty communicating because her Lisbon prison guards did not speak in English.

Mrs Clarke went on to deny having anything to do with the cocaine found in the couple’s suitcases on the Marco Polo cruise liner when it docked in Lisbon after a voyage from the Caribbean.

She made her complaints in a letter sent to a friend of the family and seen by The Mail on Sunday. The letter was written before Mrs Clarke and her husband were handed an eight-year sentence by a Portuguese court on Thursday for transporting the class A drug from St Lucia.

Mrs Clarke wrote: ‘It’s very hard here, especially with the language difference. I’m in a room with four other women and only one speaks English. It is very cold. There is no heating at all.

‘We only get one hot drink a day, with breakfast, then water with lunch and dinner.’

She added: ‘I can honestly say that we had no idea what was happening until the police in Portugal searched our luggage.’ 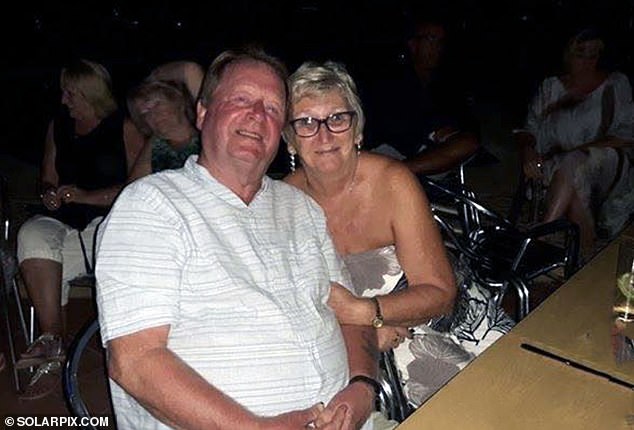 Referring to a previous conviction in Norway for smuggling cannabis resin, she said: ‘After what happened before, we would never have done this in a million years.

‘Also, at our age, and having a nice life in Spain, why would we risk everything?’

The friend who received the letter said that before Mrs Clarke left Britain to live in Spain, she was a devoted and loving mother who ran a comfortable home for her first husband and their three children in Cheadle, Cheshire.

Mild-mannered and ‘not particularly rebellious’, she took part in amateur dramatics productions and was a Coronation Street fan.

But she left her husband and adolescent children behind after meeting Roger in the early 2000s, and the couple emigrated. 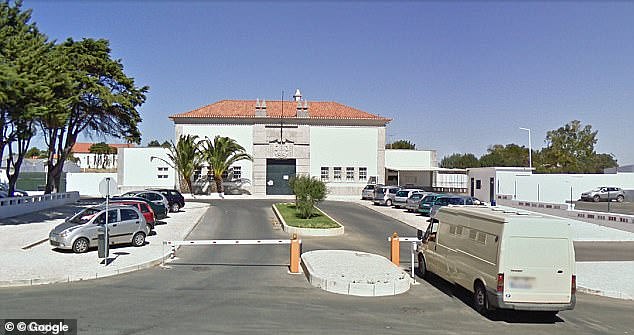 The women’s prison in Lisbon where Sue Clarke was jailed, where meals are served only with water and prison guards don’t speak much English

‘He was very cocky,’ one family friend said. ‘I never liked him.

‘As the years went by, her relationship with her children gradually deteriorated. I don’t know whether she kept in contact with anyone when she left the country.’ But friends and family were ‘completely shocked’ when in 2010 they were jailed in Norway after being caught with 240 kilos of cannabis.

‘It was completely out of character,’ the friend recalled. ‘You’d like to think they’d have learned their lesson but they clearly didn’t.’

The latest arrest came on board the Marco Polo when it docked in Lisbon in December, following a tip-off from the UK’s National Crime Agency.

In court, Mr Clarke claimed a mysterious Jamaican businessman called Lee had asked them to take the cases back to the UK in return for £800 – but denied knowing about the cocaine stuffed into the linings.

The friend said: ‘Maybe they did something small-time thinking it was easy money and it led to something bigger. Either way, Sue’s ruined her life.

‘She should be putting her feet up and watching Coronation Street.

‘I suppose she always did want to retire abroad so she’s sort of achieved that, hasn’t she? Just in not very nice accommodation.’