British holidaymaker, 18, ‘raped’ by 27-year-old local after night out in Valladolid, Spain

British holidaymaker, 18, ‘is raped’ by 27-year-old local after drinking heavily on night out in Spanish city of Valladolid

Police have arrested a man on suspicion of raping a British teenager in a park in the northern Spanish city of Valladolid.

The 18-year-old said the suspect forced himself on her in a city park known as La Rosaleda after they met during a night out.

The detainee is a 27-year-old local who was remanded in prison after appearing before an investigating judge.

The attack is the third of its type on British and Irish holidaymakers this week.

The judge made his remand ruling after concluding the Brit had been drinking heavily and it was doubtful she had consented to sex.

An 18-year-old girl has said the suspect forced himself on her in a park known as La Rosaleda in Valladolid, Spain after they met during a night out

The incident will continue to be probed by a criminal court in Valladolid which will have to decide whether there is enough evidence to try the suspect.

The 18-year-old is understood to have ratified a formal complaint to police in front of the judge.

It was not clear today if she had been on holiday in the area or lived in Valladolid.

The two youngsters are said to have met each other during a night out in a well-known bar area in the city centre. 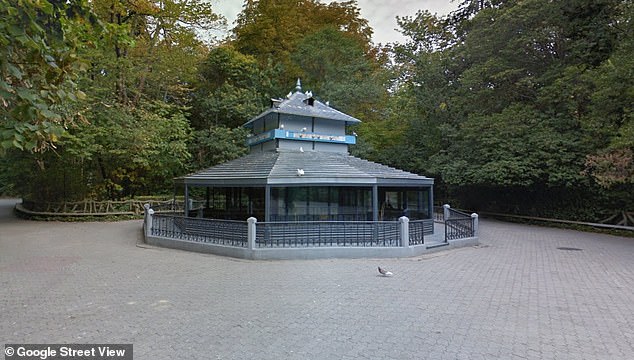 Earlier this week an Irish holidaymaker was arrested on suspicion of raping a British tourist in Magaluf, but freed after a court appearance when she declined to press charges.

The 22-year-old was held after the woman told officers he had forced himself on her at holiday apartments in the party resort.

She said she had agreed to go back to the unnamed apartments with him but had not consented to sex.

She was taken to Son Espases Hospital in the Majorcan capital Palma for a medical examination before his arrest.

The unnamed Irish holidaymaker was released after appearing at a duty court in Palma on Thursday.

In a separate incident an Irish teenager told police from hospital last Sunday that he had been raped by two men after being kicked out of a brothel in Magaluf.

He said the men were waiting for him when he was kicked out of the sex club via a back exit after being enticed inside by two prostitutes who offered him a striptease and realising he did not have any money.

The 19-year-old told cops he did not want to press charges because he ‘felt ashamed’ at what had happened.

Hospital staff called police in because of the nature of his injuries and he agreed to speak to them informally but declined to make a formal statement.