Alun Wyn Jones and Justin Tipuric limped off as the British and Irish Lions’ 28-10 victory over Japan at Murrayfield came at a potentially terrible cost.

The Wales forwards departed inside the opening 21 minutes but it was the injury suffered by tour captain Jones that caused greatest alarm as he was escorted from the pitch amid fears of a dislocated shoulder.

It was a ruck clear-out that caused the damage and the Lions now face an anxious wait to see if their second row talisman, who is taking part in his fourth tour but first as skipper, can take his seat on board Sunday’s flight to South Africa. 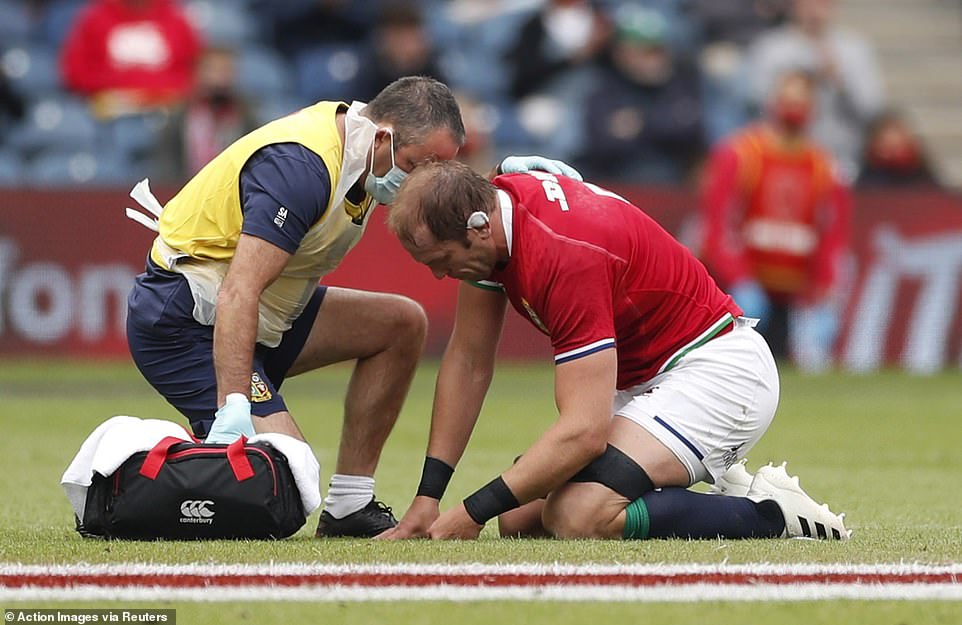 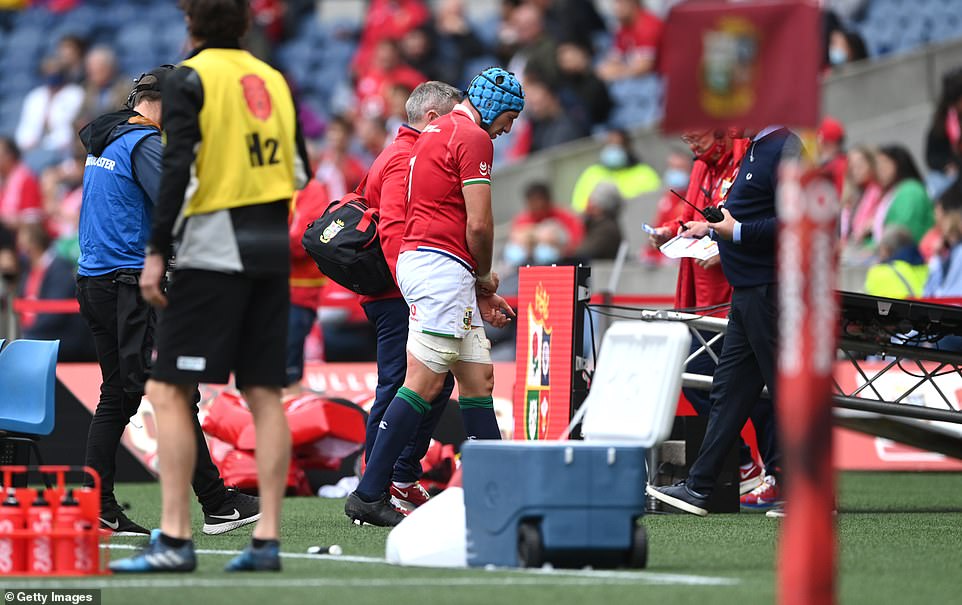 Tipuric’s afternoon ended following a tackle shortly after, his disconsolate look as he exited down the players’ tunnel suggesting his suspected shoulder issue was also significant.

Injuries aside, it was a rousing start to the tour by the Lions who amassed a 21-0 lead by half-time through tries by Josh Adams, Duhan van der Merwe and Robbie Henshaw and three Dan Biggar conversions.

Tadhg Beirne touched down early in the second half as the onslaught continued, the tries making up for a business-like performance that launched the tour with an impressive win.

A crowd of 16,500 – rugby’s biggest since the pandemic began – witnessed a rout brimming with positives, although fans loudly booed the unexpected announcement that all bars would be closed at half-time.

Attack coach Gregor Townsend billed Japan as the most dangerous opening opponents in Lions history, but they were a pale shadow of the side that electrified the 2019 World Cup.

This was their first outing since staging that tournament so rustiness was inevitable, but the high-energy swashbuckling style that eventually met its match in the quarter-finals against South Africa was seen only briefly. 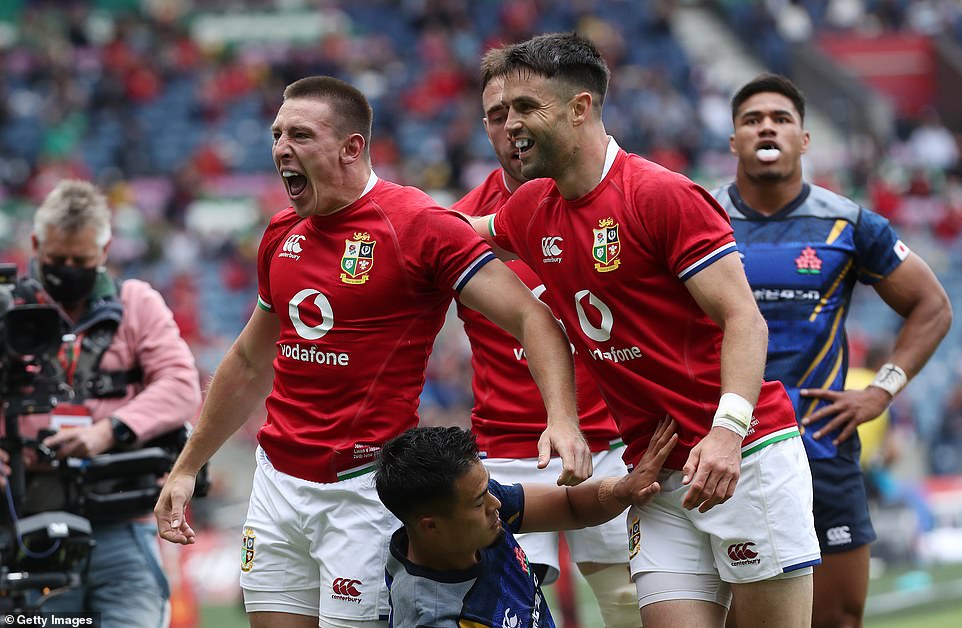 The Lions’ medics and Japan’s defence experienced equally frantic openings as Jones’ afternoon was declared over in only the eighth minute.

Courtney Lawes came on as his replacement and once they had overcome the shock of losing their skipper, the Lions engineered their first meaningful attack that finished in a try for Adams.

Bundee Aki used his strength to pierce through Japan’s defence and when the ball was recycled Adams’ footwork and an outstretched arm got the scoreboard moving. 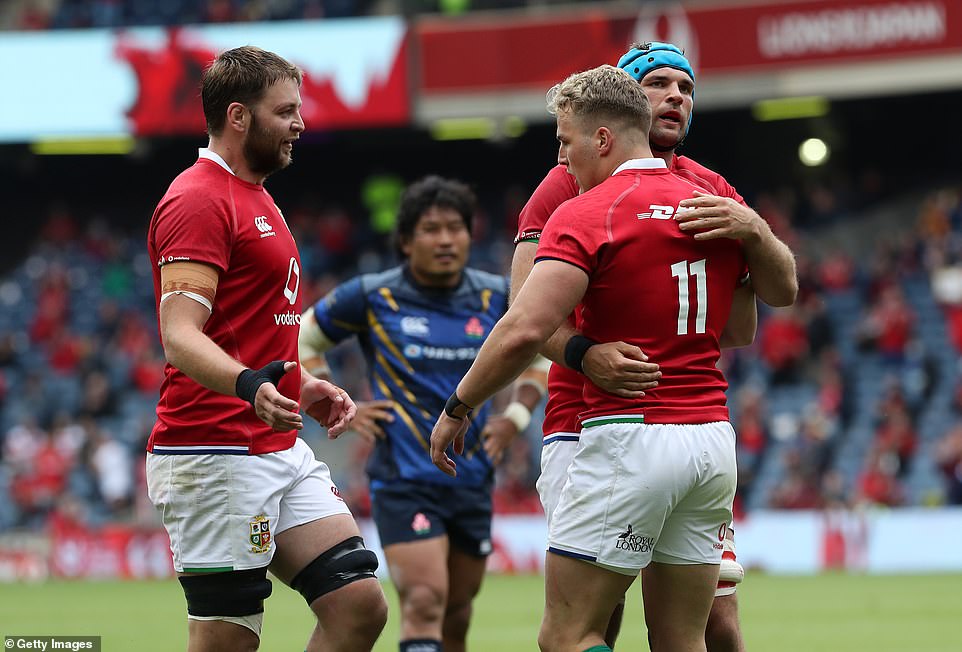 The Lions’ second try was all too easy as the Brave Blossoms failed to patrol the blindside as they were sent scrambling backwards and Van der Merwe picked up and strolled over.

Another hammer blow landed when Tipuric followed Jones off the pitch in the 22nd minute but for all the departures, the Lions were amassing points at a ferocious rate as Henshaw powered over the whitewash.

Japan were losing the collisions and slipping off tackles, inviting pressure onto themselves as the strength of Van der Merwe continued to make indentations and it looked bleak when half-time arrived. 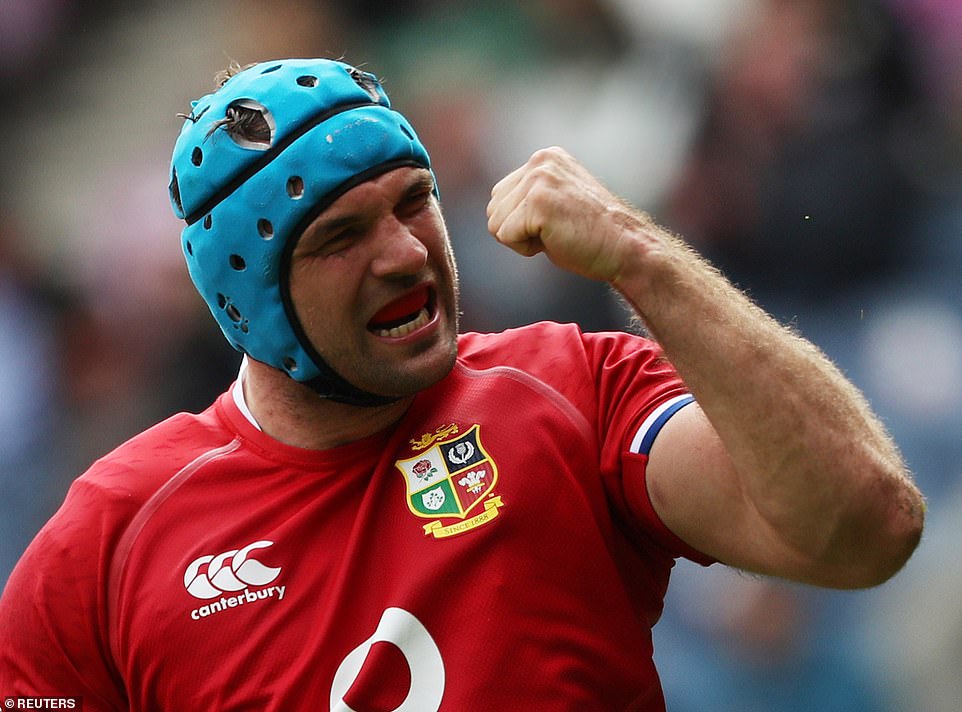 Although not pretty, it was hugely effective as the rampaging Lions continued to outmuscle their opponents and Lawes had a try disallowed for failing to ground the ball properly.

There was no doubt about Beirne’s touchdown, however, as the Irish lock ran a smart line off Biggar’s pass and showed real pace as Japan fell further behind.

Replacement back row Kazuki Himeno burrowed over from a line-out move as the Brave Blossoms finally made an impact on the scoreboard but their late flourish was too little, too late.