A British jihadi couple who tried to sneak back into the UK after two years in Syria have been jailed in Turkey.

Muslim convert Stefan Aristidou, 24, and his wife Kolsoma Begum, 23, were convicted of being in an armed terrorist organisation and sentenced to six years and three months each.

Last night, MPs said the case was ‘the tip of the iceberg’, and pointed to the far greater number who had come back to Britain without facing prosecution.

Only 40 out of 400 British jihadis who fought in Syria and Iraq have been prosecuted on their return, it has emerged.

At least 360 battle-hardened fanatics were allowed to go free as there is not enough evidence to jail them.

It is unclear which sanctions Aristidou and Begum, who gave birth to a girl in Syria, will face on their return. But they are unlikely to lose their passports unless they are dual nationals.

The Londoners had been trying to return to the UK since September 2016 after defecting from IS. They fled Syria last April but were arrested after surrendering to the Turks.

The couple claimed they joined IS in April 2015 so they could live under sharia law rather than to fight, but went into hiding after seeing the terror group’s murderous regime with their own eyes.

But last month a court in the Turkish town of Kilis, three miles from the Syrian border, rejected their defence.

They were jailed alongside US citizen Kary Paul Kleman, 48, from Wisconsin, who claimed he had been captured by IS militants while visiting his Syrian wife’s family in 2015.

Aristidou, who grew up in middle-class surroundings in Enfield, north London, and Begum, who was training to be a midwife, became desperate to return to the UK after discovering that living under IS was like being in ‘prison’.

In March 2017, while on the run from the terror group, Aristidou told Sky News: ‘I’m just trying to get my life back.

After their arrest, Begum’s father Ahmed Ali, 48, told the Mail that his daughter, from Poplar, east London, should face justice if she wants to return to Britain. 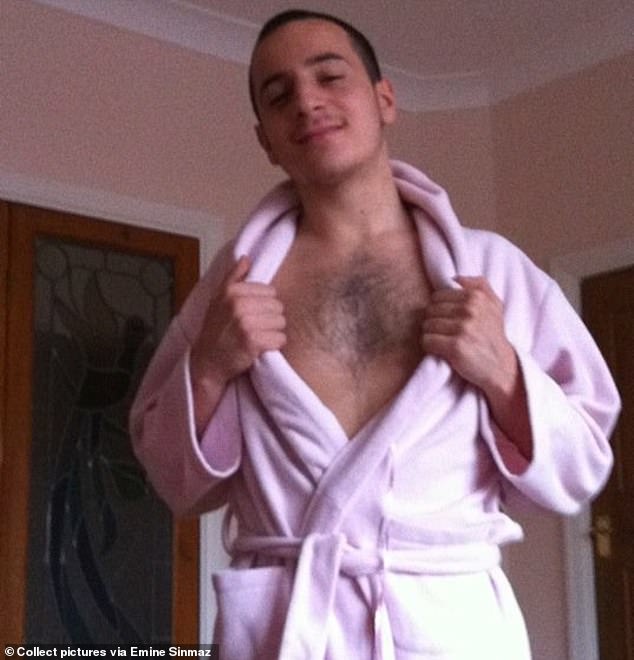 British jihadist Stefan Aristidou went to Syria in 2015. Along with his wife Kolsoma Begum he was convicted of being in an armed terrorist organisation and the pair were sentenced to six years and three months each

Home Secretary Sajid Javid plans to make it illegal to travel to terror hotspots without good excuse to deter Britons from travelling to warzones to join extremist groups.

Independent MP John Woodcock, a member of the Commons home affairs committee who has campaigned for the new law, said last night: ‘It’s clear that this couple are actually only the tip of the iceberg.

They are the small minority who have been caught red-handed, but every story like this points to the far greater number who have been able to come back to the UK without facing any kind of prosecution.

‘That is why the new counter-terror legislation for which I called and the Government is taking through the Commons is potentially so important.

‘If this can get through, we’ll be able to prosecute people simply entering particular terror hotspots when they don’t have a clear reason to do so.’

The Government has also come under pressure from the US and Kurdish leaders in Syria to take responsibility for UK citizens captured abroad.

A Foreign Office spokesman said: ‘Anyone who has travelled to Syria or Iraq is putting themselves in danger.