Running a recruitment business in the midst of a pandemic, with unemployment soaring around the world, might seem like a nightmare.

But not for Alistair Cox, who is the wiry 60-year-old chief executive of rapidly expanding Hays.

The £2.6billion jobs agency, once part of the Hay’s Wharf group, with origins dating back to the 17th century, has grown from small beginnings into an enterprise operating in 30 territories across the globe.

Confident: Alistair Cox, chief exec of jobs agency Hays is buoyant about its prospects, especially in technology jobs, a segment of the labour market where it has come to dominate

Cox is buoyant about its prospects, especially in technology jobs, a segment of the labour market that Hays has come to dominate.

‘London is building a real name for itself as a global hub for technology and technological innovation. I think it is fantastic,’ he declares. ‘My London tech business is bigger now than it was pre-Covid.’

When coronavirus revealed itself in early 2020, Hays had first sight of the potential disastrous consequences from the company’s recruitment offices in China, where the enterprise was largely closed down. Hays staff found themselves, almost overnight, having to work from home.

The early experience from China turned out to be a godsend for one of Britain’s world-class service-sector firms.

Companies such as Hays are often overlooked as big earners, in spite of making a big contribution to the UK overseas trade, the tax base and Britain’s reputation overseas.

Cox’s attention immediately turned to Australia – which he describes as ‘next door’ to China – where the group has some 40 offices. The task was to discover how the company should react if the disease went global.

‘I don’t think any company had ever fully tested the system to say everybody can work fully remotely for an extended period of time.

That social experiment had never happened,’ Cox tells me in an online interview from his apartment in the heart of London’s ghostly quiet Covent Garden.

A father of two adult sons, Cox has spent most of the pandemic locked down on his own in central London.

He has kept busy in his leisure time by taking vast numbers of photographs of an eerily silent London and is currently organising the slides into some kind of order: A record of a plague year. 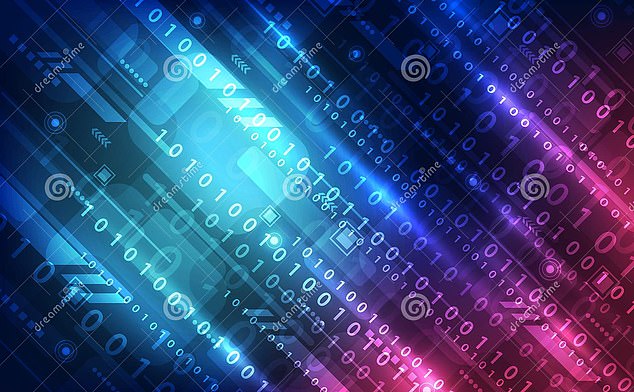 The Hays boss believes that the pandemic has lit a fire under the digital economy, adding: ‘Every organisation in the world is going through a digital journey’

Cox is longing to be set free and go on a hike in the Lake District, climb a mountain or, even better, go scuba-diving just off the tip of the Malaysian part of Borneo.

As Covid advanced, Cox rapidly put in place infrastructure making sure that all his recruitment consultants and staff had the broadband connections, tablets, laptops or PCs necessary to work from home.

When Milan went into meltdown in the spring of last year, it became clear that the virus knew no geographical borders. The group’s tech teams had already made it possible for 11,000 employees to work from home seamlessly.

It was just as well that Hays was prepared for fully online working because the fastest expanding part of its ‘white- collar’ job finding is for the technology sector, with finance not far behind. This is no accident in Cox’s view, because these are sectors where Britain excels.

‘We are arguably the world’s biggest recruiters of tech talent for our clients. We are not just finding technologists to go and work in tech companies, but for every organisation in the world that is going through a digital journey,’ Cox says excitedly.

The chief executive is very much in the camp of Bank of England chief economist Andy Haldane when it comes to Britain’s prospects for the economy springing back.

‘We’ve had in the UK one of the sharpest rebounds in activity that we’ve seen anywhere in the world,’ he says, ‘albeit off a low base.

There are so many innovations that we are able to talk about.’ He says that people tend to overlook the world of video games, which is a tech industry too – one where Britain has real leadership.

The Hays boss believes that as a recruiter his company is in the right place at the right time. The pandemic has lit a fire under the digital economy, adding: ‘Every organisation in the world is going through a digital journey.

Whether they need cyber security experts, whether they need people who can flip a business on its head and switch to e-commerce or they are developing apps to go to market – everybody needs these people.’

There is evidence from the Office for National Statistics that it is young people in the 18-25 age group who have been hardest hit by pandemic unemployment because of the damage done to the hospitality and retail sectors, often the first port of call for newcomers to the workforce. 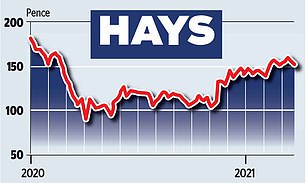 But with the right qualifications, things could be very different. Starting salaries can be as high as £40,000 to £50,000 in tech. ‘Then, as they start to progress and get experience, you can see people well into six figures,’ Cox says.

Cox started life as an apprentice aircraft engineer at Hawker Siddeley in Hull (now part of BAE). He later went on to university and gained an MBA from the top-rated Stanford Business School in the US.

But he has never lost his enthusiasm for starting at the bottom, explaining: ‘Apprenticeships did me a power of good – you don’t have to go and get a degree to become a highly skilled contributor to society.’

Nevertheless, he is critical of the Government’s apprentice levy and scheme, warning: ‘It is too inflexible, a quite regimented system that I went through 40-odd years ago.’

He wants to see a redesign on the whole way apprenticeships operate, with structured in-house training rather than the old concept of going off to a technical college for a couple of sessions a week.

Hays itself has embraced in-house training for the 1,000 or so ‘apprentices’ that it takes on each year, and offers training and refresher courses for job applicants.

A big potential growth area is climate change. ‘I think we can put some real rocket fuel into that whole sector,’ he argues, noting, ‘there is not a sufficient supply of skills.’

That’s something which Hays can help with. A passionate believer in free markets, Cox says that the Government deserves credit for furlough and the Covid support schemes.

He accepts that this has been costly and thinks the Chancellor Rishi Sunak had little choice in his March Budget but to ‘start paying for it’.

He believes that as long as the UK maintains its ‘flexible workforce’ the corporation tax increase should not slow inward investment.

Let’s hope he is right.