Gigi and Bella Hadid stole the show as they strutted the outdoor Paris catwalk for the Stella McCartney fashion show late last year.

Set against the extraordinary backdrop of the Pompidou Centre, McCartney gushed over her guests, including father Paul and Bernard Arnault, the billionaire fashion magnate whose Louis Vuitton empire has backed her eponymous brand.

But behind this glitzy and expensive facade, both McCartney and Arnault were well aware that her empire was sagging under the weight of huge losses that raise serious questions about the brand’s future.

Stella McCartney Ltd is not alone among a roster of feted but endangered British fashion brands, with Victoria Beckham Ltd haemorrhaging money, Alexa Chung’s Alpha Charlie crashing and Alice Temperley trying to perform a phoenix from the ashes.

With the economy on a downward curve, British high fashion appears to be suffering an existential crisis.

Few British designers boast an array of A-list friends like Stella Nina McCartney, but since she was born into one of the world’s most famous families this should come as no surprise.

Instilled with the relentless ambition of parents Paul and Linda, vegan Stella has shunned leather and fur at her label as she built up her fashion empire, which she kickstarted in 2001.

Initially backed by the Gucci Group, which then became Kering, McCartney bought them out and took full control of her empire in April 2018 on the back of impressive growth and profits.

However, by the end of 2018 the company had lost £10million and the following year McCartney signed a deal with fashion giant LVMH, which gave the French company a 49 per cent stake in the British brand.

But the commercial savvy of LVMH has not stemmed the losses, which have accelerated, with £33million recorded for 2019 and £30million in the following Covid-hit year.

And accounts for 2021 filed just days ago reveal losses of £32.7million, bringing total losses to more than £100million in just four years.

But this did not stop McCartney from taking home £2.3million, which means she has received £10million in pay and perks across the same period.

What investors make of this largesse remains to be seen but McCartney seems determined to keep her foot firmly on the accelerator when it comes to her own profile.

Last year, she branched out by fronting up the glossy advertising campaign for Audi’s new fully electric car.

Investors will be hoping her fashion brand hits a new gear sooner rather than later.

When Alice Temperley announced last January that she was intending to take her son to Sri Lanka to be ‘immersed in another culture’ it is unlikely creditors of her fallen empire were impressed.

Only a month before it was revealed that her fashion brand Temperley London, a favourite of the new Princess of Wales, owed £31million when it went into administration in April 2021. 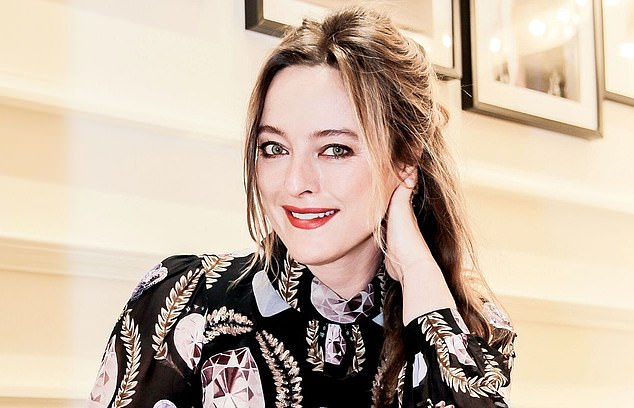 Temperley simply set up a new company using a pre-pack deal to buy back the best assets, which enabled her to keep selling her trademark flowing sequined frocks and velvet suits, which have drawn a long list of admirers.

Her ability to fuse a classical English country style with sharp modern designs drew the likes of Kim Kardashian, Madonna and Halle Berry.

But it was when Sarah Jessica Parker sported Temperley in Sex And The City that her profile went viral.

Temperley’s iconic green dress, unveiled at the wedding reception of Kate and William, helped earn its wearer Pippa Middleton the sobriquet ‘Her Royal Hotness’ and reinforced its designer’s reputation as the ‘English Ralph Lauren’.

The publicity was helped by 47-year-old Temperley’s lavish parties, held in the grounds of Somerset’s Cricket Court, her impressive Grade II listed folly, which drew a bohemian and blue-blooded crowd.

Although the Temperley administrators cited Covid for the fashion company’s plight, in reality the brand was losing money long before the pandemic.

Accounts released last month for her new operating company TMLL shows that it lost £2.3million in 2021. It remains to be seen if the Temperley 2.0 will fare any better.

While David Beckham was away in Qatar for the World Cup, earning £150million as the country’s ambassador, Victoria was in no position to bury her head in the sand at her struggling fashion empire.

Accumulated losses at Victoria Beckham Holdings, which owns her fashion line and controls her beauty range, already top £66million and the immediate outlook appears to be at best choppy.

Tellingly the auditors warn in the latest set of accounts, for 2021, there is ‘significant doubt’ over its future despite a blaze of publicity around double digit growth and a bright future.

Losses were £5million for 2021, compared to the £8million in the first year of the pandemic, but such has been David’s business acumen they could still award themselves a £8million dividend from their joint company.

After waving goodbye to her pop career, Beckham took her time before launching her eponymous fashion house in 2008 despite having no formal training.

Her first collection, which was unveiled at New York’s Waldorf hotel to a sceptical audience, was hailed by Vogue as her ticket to fashion’s ‘big league’.

The 48-year-old former Spice Girl said: ‘I was never going to be the world’s best singer, but I hope I can be a good designer.’

She appeared to be as good as her word and won best brand at the British fashion awards in 2011 and 2014.

Fashion designer Antonio Berardi said Beckham’s new fashion empire was ‘her voice in its pure form right now’. But it would appear that for now, Beckham is still hitting the wrong notes when it comes to profitability despite her best efforts.

With a Mulberry bag named after her, model and presenter Alexa Chung appeared to be a natural fashion queen when she launched her own label in 2017.

She said: ‘This is a moment in my life where I felt I could dedicate all my attention in one direction. I’m young enough and confident enough to think I could pull it off.’ 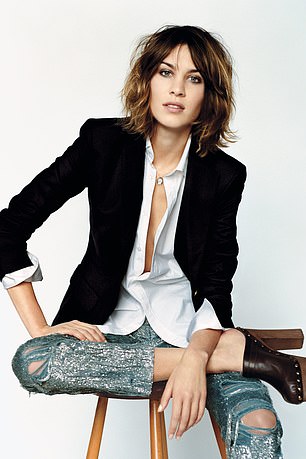 The 39-year-old’s optimism initially appeared to be well founded with Selfridges, Liberty and Net-a-Porter among the outlets who wanted a piece of her company Alpha Charlie, which stood behind the trading name Alexa Chung.

But five years later Chung announced she was ‘winding down’ Alpha Charlie stating in March that ‘the last couple of years have been challenging for small independent businesses and ours is no exception’.

However, the company was already in trouble by the start of the first lockdown, having run up total losses of £9.7million for the year to March 2020 despite repeated share issues.

The latest set of accounts released in October, which cover the company until March 2022, show accumulated losses now running at £12.4million.

The firm’s financial notes state that ‘directors have decided to take a pause in order to review strategy and assess the future of the business’.

Chung, however, appears undaunted by the experience stating: ‘My enthusiasm for fashion remains undimmed.’