British man, 23, is ‘beaten to death’ in ‘random attack’ during lads’ holiday in Tenerife

British man, 23, is ‘beaten to death’ in ‘random attack’ during lads’ holiday in Tenerife

A British man has died after he was ‘beaten to death’ during a lads’ holiday in Tenerife when he went out to get some food.

Michael Lewis, 23, from Rhyl, Wales, who was known as Liam Boland or ‘Brillo’ by his friends, suffered head injuries after he was assaulted on August 20.

Michael Lewis, 23, who was also known as Liam Boland, died two days after he was ‘randomly attacked’ in the street in Tenerife

It is thought that a male tourist is being questioned by Spanish Police in connection with Mr Lewis’ death.

The young man had only arrived Tenerife four days earlier and it is thought he was staying at The Playa Real Hotel in Costa Adeje. 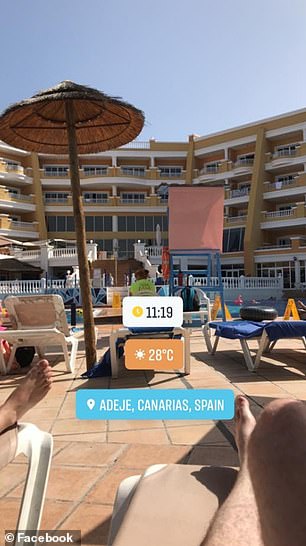 Mr Lewis, from Rhyl, Wales, had been staying in Adeje with friends before his death

Mr Lewis’ aunt Karen Hughes said her nephew was ‘attacked randomly in the street when he went to get food,’ reports the Rhyl Journal.

She said: ‘He didn’t have a bad bone in his body, he was always the person to step back and walk away. It’s a total waste of a life.’

He had been staying at a hotel in Adeje and his friends have now set up a GoFundMe page to help with funeral costs.

One the fundraiser they wrote: ‘Liam/Michael was a very special person to many people, he was too young and innocent to leave us this way. We will miss him.’

Mr Lewis’ parents Julie Lewis and father Patrick Boland flew out to be with their son after he was injured and taken to hospital.

They are thought to still be on the island and Ms Hughes said they are being ‘looked after by the British Consulate on Tenerife.’

Dozens of people have paid tribute to Mr Lewis, who had moved to London two years ago after getting a scholarship with construction firm Brown & Carroll.

One person said on Facebook: ‘A lovely man with a cracking smile. You always put a smile on my face, even when you were winding me up. Stolen from us at 23.’

While another said: ‘So tragic. A great guy he was. The short time I knew him. Not a bad bone in him.’ 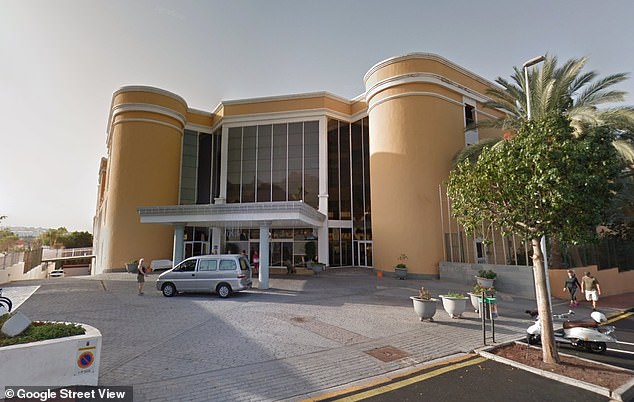 Mr Lewis’ parents Julie Lewis and father Patrick Boland flew out to be with their son after he was injured and taken to hospital. He had been staying at the Playa Real Hotel, pictured