British man, 39, ‘kills himself’ inside ICE facility in Florida

BREAKING NEWS: British man, 39, ‘kills himself’ in ICE custody at facility in Florida

A 39-year-old British man has died while in ICE custody at a facility in Florida.

A preliminary investigation found the cause of death for the unidentified man was asphyxiation due to hanging, a source told Buzzfeed News.

The man died Saturday and has become the fifth person to die in ICE custody since October.

Back in December, Nigerian man Anthony Oluseye Akinyemi, 56, died in federal immigration custody, just days after he was convicted of a sex offense and assault in Maryland.

He was  found unresponsive in his cell at the Worcester County Jail in Snow Hill, Maryland, according to a news release from US Immigration and Customs Enforcement.

The official cause of death was not immediately determined, but authorities believe Akinyemi took his own life by strangling himself.

Akinyemi had been charged with sexual abuse of a minor and was convicted in Baltimore City Circuit Court. 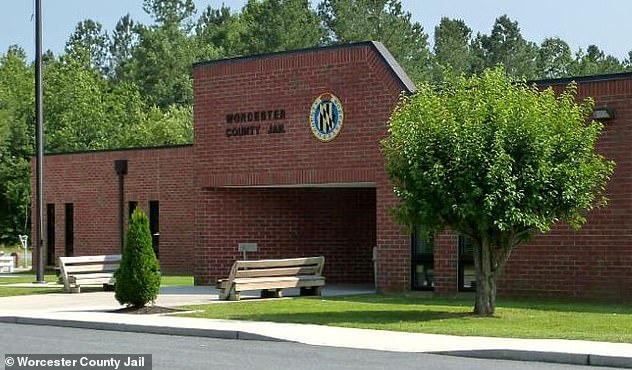 Anthony Akinyemi, 56, strangled himself in his cell at the Worcester County Jail in Maryland (pictured) in December, less than 24 hours after entering ICE following his conviction

Officials said he entered the US lawfully on a non-immigrant visa in 2017 but did not comply with the terms of his admission, leading to an immigration detainer being lodged against him in July following his arrest on the sex abuse charge.

At the time of his death, Akinyemi was in removal proceedings and was facing deportation back to Nigeria.