British mother, 50, ‘gang-raped’ in Italy ‘had attackers’ DNA under fingernails’

British mother, 50, who was ‘gang-raped by up to eight hotel employees while on holiday in Sorrento, had DNA from two attackers under her fingernails after trying to fight them off’

By Andy Buckwell and Tim Stickings For Mailonline

The DNA of two men accused of raping a British woman in Italy was found under her fingernails after she tried to fight them off, a court has heard.

The two men, Antonino Miniero and Francesco Ciro D’Antonio, are among five men accused of assaulting the 50-year-old Briton in Meta di Sorrento in 2016.

The British widow, who cannot be named, allegedly had traces of their skin cells under her nails, on her back and in her bra clasp.

‘There was contact between these men and the victim and it was not a simple brushing past,’ a forensic expert told the court. 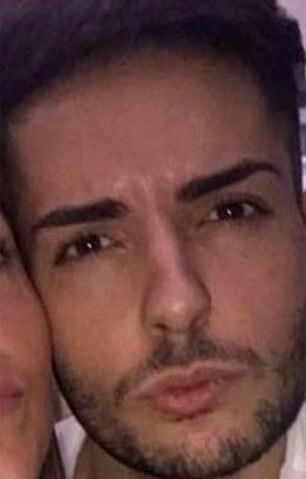 The DNA of two men, Antonino Miniero (left) and Francesco Ciro D’Antonio (right), was allegedly found under the fingernails of a British woman they are accused of raping

The British woman had travelled to the seaside town with her 26-year-old daughter after the death of her husband.

She claims her drink was spiked on the last night of their holiday in the seaside resort  south of Naples, and that up to eight hotel workers had raped her.

The court heard the gang of workers were caught by police after sharing sick videos of the attack on a Whats App group. 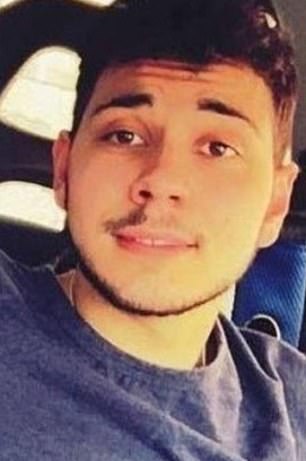 Raffaele Regio (pictured) is also charged with rape at the Italian seaside resort of Meta di Sorrento, south of Naples

Prosecutors say the victim was taken to a room close to the swimming pool where she was raped several times by the men before stumbling back to her room at the Hotel Alimuri.

She was on holiday with her daughter to get over the recent death of her husband and was so shocked she didn’t tell police what happened until she returned home to Kent.

The woman reported the attack to police in Kent when she returned and DNA samples and drug tests were sent to Italian investigators.

They revealed a high level of date rape drug GHB but lawyers for the five defendants claim the victim was on tranquillisers following the death of her husband.

Speaking in court last month, the victim’s daughter broke down in tears as she revealed she believed her drink too was spiked.

She said: ‘My mum seemed distant and far away. She broke down in tears at the airport as we were leaving and told me everything that happened. 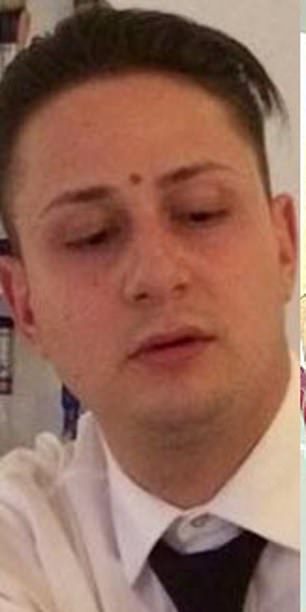 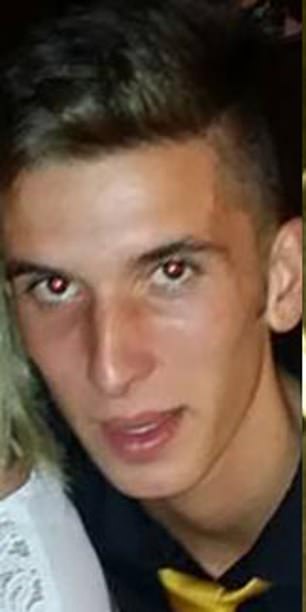 ‘[The night of the attack] We had dinner at the hotel restaurant and shared a bottle of wine. We were with another couple of holidaymakers.

‘The staff at the restaurant were very polite. Then one of the barmen offered my mother and I drink in some shot glasses.

‘One of them had a tattoo on his neck. They invited us to the bar for a drink after we finished our dinner.

‘I remember having a drink and then almost immediately feeling sick. I went to the toilet and threw up. I was there for a while and when I came back my mum had disappeared.’

The five men deny the charges against them. 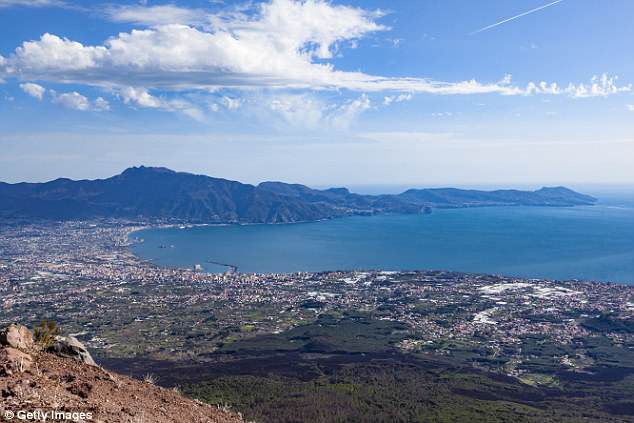