A British mother is desperately trying to raise £15,000 to bring her 2lb 1oz baby home after she went into premature labour in Vietnam.

Jessica Jones, 36, was working as a teacher in the Asian country when she went into labour at just 27 weeks last October.

After being told her baby had a five per cent chance of survival if she had a C-section and a 2-to-3 per cent chance if delivered naturally, Mrs Jones decided to go under the knife at a Hanoi hospital.

Mrs Jones and her husband Alfredo Dueñas decided Aurelia would get the best possible care on the NHS and want to go back to her native village of Borth-y-Gest, near Porthmadog in North Wales.

With enough money to fly next month, the cash will go towards the flight, the 200 mile journey to and from hospital once home, and the parents being unable to work while they care for Aurelia. 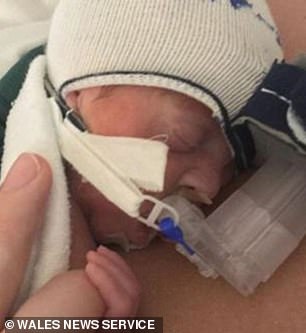 Jessica Jones was working as a teacher in Vietnam when she went into labour at just 27 weeks last October. She is pictured left with her daughter Aurelia and husband Alfredo Dueñas. Aurelia (pictured right as a newborn) weighed just 2lb 1oz and could not breathe unaided 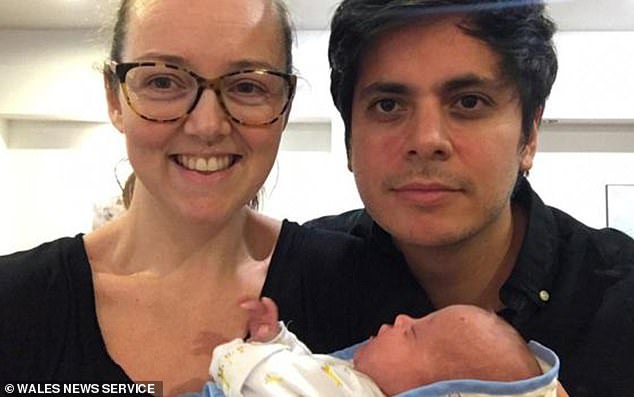 The couple (pictured with their now three-month-old) believe she will get better treatment on the NHS but face a £15,000 bill to fly her home. Aurelia requires surgery to repair her septum after it was damaged by breathing tubes, as well as reconstructive surgery on her face

Mrs Jones had been living in Vietnam for 18 months with her Mexican husband when her waters broke.

Aurelia spent two-and-a-half months in hospital before finally being discharged on Christmas Eve.

‘There aren’t any words that can really do justice to the amount of trauma we’ve gone through – thinking your baby is going to die for the first three months and looking at them through a plastic box,’ Mrs Jones told the BBC.

The couple had to use translators – and their phones – to communicate with doctors and nurses, but were still left struggling to understand what was going on.

Aurelia has retinopathy of prematurity, which causes blood vessels in the retina to grow abnormally, leading to poor vision and even blindness.

She also requires surgery on her nose after her septum was eroded by tubes providing air. The tubes also left her permanently disfigured and in need of reconstructive surgery to build her nose, the couple wrote on their JustGiving page. 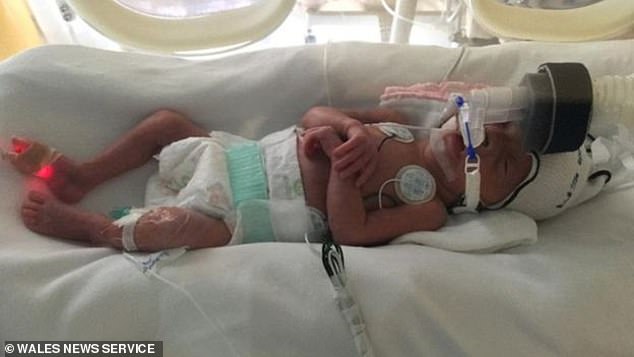 Mrs Jones was convinced Aurelia would die for the first three months and was forced to stare at her daughter (pictured as a newborn) ‘through a plastic box’. Medics gave Aurelia – who was born via C-section – a five per cent chance of survival, or 2-3 per cent if delivered naturally 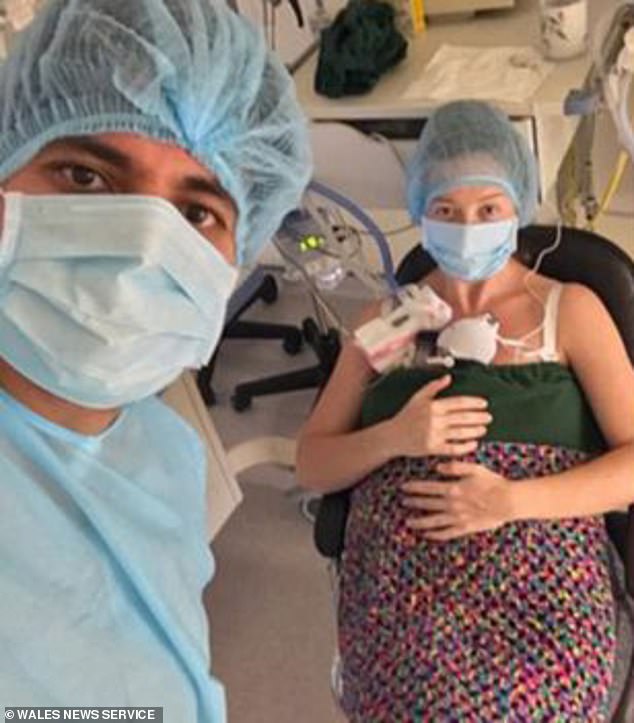 Pictured after Aurelia was born, the couple were thrilled she had pulled through but she now faces many health problems, including blindness due to abnormal blood vessels in her retina

BABIES ARE ‘VIABLE’ IF BORN AFTER 24 WEEKS

Around eight per cent of babies are born prematurely, which is considered to be when they are born before the 37th week of a pregnancy.

The standard expected length of a pregnancy is 40 weeks.

The NHS considers babies to be ‘viable’ at 24 weeks or later into the pregnancy – this means it’s possible for them to survive being born from this point onwards.

Babies can still legally be aborted in the UK until the 24th week of pregnancy.

They may have serious health problems – particularly affecting the lungs and brain – because they haven’t had time to develop properly in the womb.

‘Working on premature babies and such small craniofacial surgery of that magnitude is incredibly specialised, and that just makes you appreciate so much what the NHS does and offers,’ Mrs Jones said.

‘The care and treatment babies and children receive is second to none, and unfortunately living here means she is suffering and not able to have access to a higher standard of treatment.

‘She needs extra help and care and unfortunately it isn’t here for her.’

Faced with a huge bill, Mrs Jones called on loved ones and well-wishers to help her raise the money.

The cash will go towards business-class tickets, with doctors warning economy may be too crowded for Aurelia’s weak immune system.

‘Donations from friends, family, and strangers have ensured we are able to bring Aurelia home as soon as she is ready,’ she said.

‘We are aiming for mid February. Once back, we will get her checked out at her local GP and referred on to the right medical centres that can provide her with the care she needs.

‘The only thing keeping me going is the thought of being able to go home, have support from family and friends, and the NHS.’ 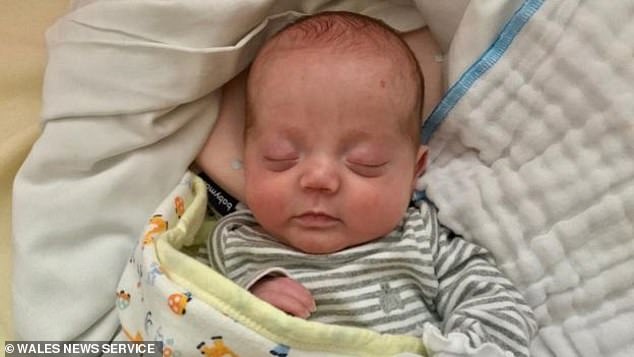 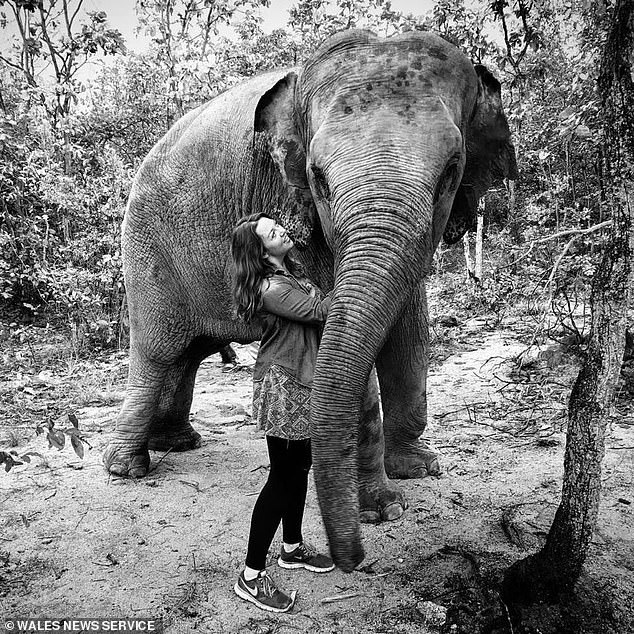 Pictured before the ordeal, Mrs Jones spent 18 months working as a teacher in Vietnam