British Members of Parliament demanded answers on Wednesday from foreign ministers about how they will protect the joint UK/US military base on Diego Garcia in the Indian Ocean if the government signs a deal with Mauritius to hand over the surrounding Chagos Islands.

Last week, DailyMail.com revealed fears that any deal could allow China to move in and lease uninhabited islands close to the base.

Diego Garcia’s strategic location, between Africa and Asia, has seen it used as a crucial base for operations in Iraq, Iran and Afghanistan among others.

Its future was highlighted in a Westminster Hall debate, as MPs pressed for assurances on its future.

Daniel Kawczynski, the conservative MP who called the debate, said: ‘If the mantra is to keep Diego Garcia while giving some of the other islands away, imagine what would happen to the viability and sustainability of UK and American bases on Diego Garcia. It would be absolutely intolerable for us.

Diego Garcia is the biggest island in the Chagos Archipelago. Its position in the center of the Indian Ocean gives it a crucial strategic location and it is the site of a U.S. naval support facility, hosting nuclear submarines and aircraft carriers, and staging special operations forces 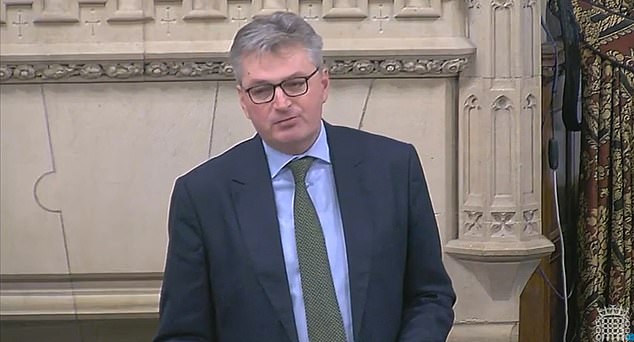 ‘I have visited our military bases on Diego Garcia. I have spent days meeting with American officials on the islands; they briefed me and showed me around the naval vessels and installations.

‘Having those huge military bases with the Chinese just a stone’s throw away from us on the other islands would be completely unacceptable.’ 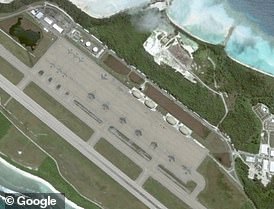 Diego Garcia is a militarized atoll, just south of the Equator in the Indian Ocean.

As part of the British Indian Ocean Territory it is controlled by London, which has leased a military facility to the U.S. since 1966, when Washington was keen to extend its influence in the Indian Ocean at the height of the Cold War.

Its position – about 2200 miles east of the African coast of Tanzania and 1200 miles west of the southern tip of India – gives its heavy bombers access to a string of key maritime and military targets.

The ‘unsinkable aircraft carrier’ has been a vital asset during the Iranian Revolution (when rescue missions used it as a staging post), the Iraqi invasion of Kuwait, Operation Desert Fox in Iraq and Operation Enduring Freedom in Afghanistan.

It serves as a logistics and support base for naval vessels, warplanes and special forces.

Port facilities to accommodate air carriers were completed in 1985.

And an airfield was built four years later allowing the arrival of B52 Stratofortress bombers and aerial refuelling aircraft.

The fate of the Chagos Islands and their former inhabitants has been a source of diplomatic tension for decades.

The remote archipelago was cleared of inhabitants by the British government, which then leased a base on the biggest island of Diego Garcia to Washington.

But the former residents have agitated to return, with the backing of Mauritius which claims the islands as its own.

The British foreign secretary announced last month that talks to settle the matter had begun.

At the time he said operations on Diego Garcia would be protected.

But with China pouring $1 billion into Mauritius in recent direct investment, critics warn that there would be nothing to stop Beijing paying for its own island base — almost in sight of U.S. B-1 and B-52 bombers, or the nuclear submarines that occasionally stop in to take on supplies.

Stephen Doughty, an opposition Labor MP, spelled out the importance of the base, and asked Foreign Minister Anne-Marie Trevelyan whether ministers were keeping the U.S. abreast of proceedings.

‘It supports allies from many countries, and it carries out nuclear test ban monitoring and regional humanitarian efforts,’ he said.

‘Can the minister say what discussions have been had with our allies, particularly the United States, about those negotiations and ensuring we maintain our defence capabilities in Diego Garcia?’

She responded by outlining the importance of the base.

‘The base helps the UK, US and other allies and partners to combat some of the most challenging threats, including from terrorism, organised crime and instability,’ she said.

‘The base is well positioned as a key enabler for maritime security, including the protection of regional shipping lanes from threats such as piracy.’

And she outlined the previous commitment given by Foreign Secretary James Cleverly.

‘We are alive to concerns about influence from malign actors in the Indian ocean,’ she said.

‘My right hon. friend the Foreign Secretary acknowledged these concerns when he gave evidence to the Foreign Affairs Committee on 14 November.

‘He assured the committee that this is an issue we take very seriously and that we will ensure it is at the heart of our position during the sovereignty negotiations with Mauritius.’

Kawczynski has raised the issue with his U.S. counterparts.

He said he had spoken with Rep. Mike Waltz, who is in line to become chairman of the House military readiness committee and has signaled he wants to probe the issue.

‘I briefed them about this debate, and they are extremely concerned by the news,’ he said.

‘They are worried about the ramifications for them and what will happen to their naval base if they have to share the archipelago with the Chinese.

‘Even if we retain Diego Garcia, the other islands will be up for lease to the Chinese.’ 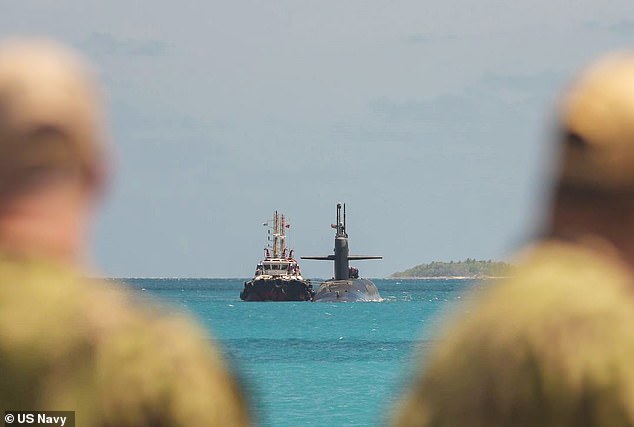 U.S. Strategic Command last week took the unusual step of revealing that the ballistic missile submarine USS West Virginia had stopped in during October as it made a nuclear ‘deterrence patrol’ of the Indian Ocean 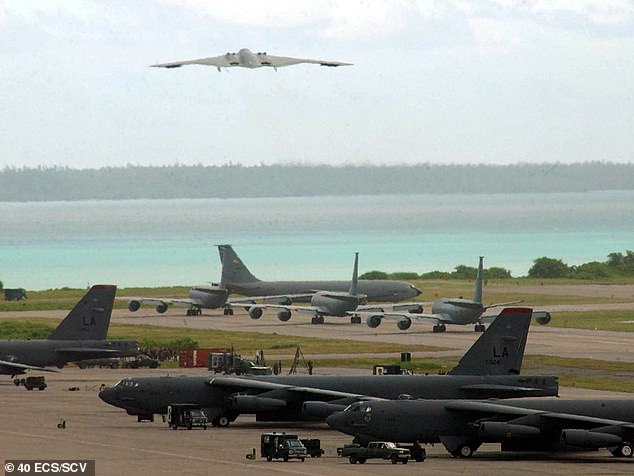 A B-2 Spirit takes off from Naval Support Facility Diego Garcia during the Iraq War. Negotiations to hand the Chagos Islands to Mauritius have raised fears that China could try to muscle in on such a strategic location in the middle of the Indian Ocean

DIEGO GARCIA: AT THE CENTRE OF THE CHAGOS ARCHIPELAGO CONTROVERSY

The Chagos Archipelago has been the subject of a dispute between Mauritius and the UK for decades after the British Government purchased it for £3million in 1965 and renamed it the British Indian Overseas Territory (Biot).

The archipelago was originally part of Mauritius when it was still a British self-governing crown colony and the country claims it was forced to let it go in 1965 in exchange for independence with some 2,000 islanders displaced.

The string of 58 islands has a collective land area of only 23 square miles and 433 miles of coastline. The biggest landmass, and the most southerly, is Diego Garcia, which spans 17 square miles. 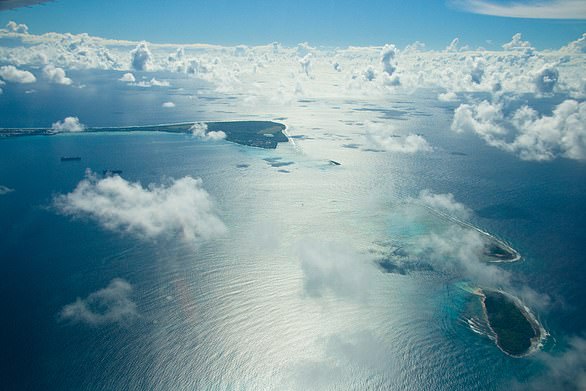 The Chagos Islands have been uninhabited since the U.K. removed its residents in order to lease a military base to the U.S. That could be about to change 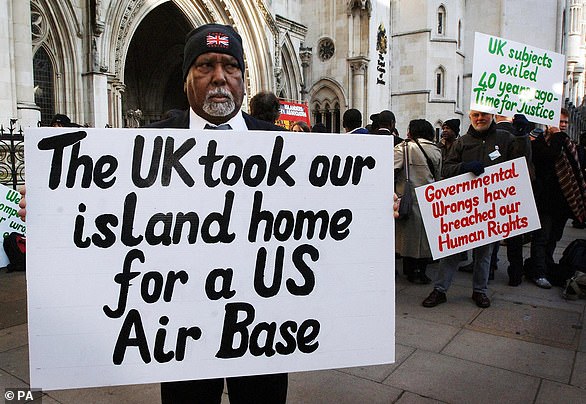 Displaced Chagos Islanders have fought for years to return home. Most now live in Mauritius or the United Kingdom but won a victory in 2019 the United Nation’s highest court ruled that the British occupation of the islands was unlawful and that the archipelago was part of Mauritius

At the height of the Cold War, Britain went about leasing Diego Garcia to the U.S for military purposes, given its strategic position.

An article featured in the Case Western Reserve Journal of International Law (JIL) notes: ‘Diego Garcia lies southeast of Sri Lanka and approaches the centre of the Indian Ocean. The island is, therefore, an ideal support facility for tactical aircraft and ships moving from the Philippines to the Middle East or Persian Gulf. The American presence on Diego Garcia also serves as a deterrent to Soviet adventurism in the Indian Ocean.’

The UK leased Diego Garcia to the U.S for 50 years in 1966, with this agreement extended for another 20 years in 2016. The secretive base played a key role in supporting combat operations in Afghanistan and the Iraq war and over the years America has spent more than $3billion transforming it into a state-of-the-art facility.

Military personnel tend to do a 12-month tour at Diego Garcia and throughout the year there are around 3,000 to 5,000 soldiers and civilians living there.

The book The Costliest Pearl: China’s Struggle for India’s Ocean, describes Diego Garcia as a ‘world of its own’ with ‘houses that resemble those in any American suburb, supermarkets stocked full of food and goods from the United States, hamburger joints, bars and clubs with beer on tap, tennis courts, jogging tracks and satellite TV with the latest news programmes and shows’.