British Muslim leaders have offered a withering assessment of both Jeremy Corbyn and Boris Johnson’s failure to uproot racism from their parties.

In an expression of solidarity, they are standing shoulder to shoulder with the Chief Rabbi’s blistering attack on the credibility of the Labour leader to stand for prime minister in light of his raging anti-Semitism crisis.

And the Muslim Council of Britain simultaneously laid into the Tories for ‘denying’ allegations of Islamophobia.

Chief Rabbi Ephraim Mirvis today issued a damning verdict of the Labour leader and declared him ‘unfit for high office’ because of his failed to root out racists from his party.

He said the poison of anti-Semitism seeps through Labour after being ‘sanctioned from the very top’ and the prospects of a Corbyn government terrifies British Jews.

This afternoon, the MCB rallied round the Chief Rabbi and agree with his observation that ‘some politicians have shown courage but too many have sat silent’ when confronted with racism. 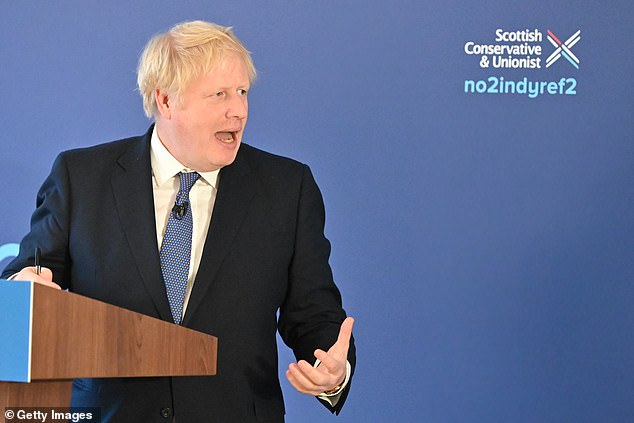 The group said in a statement: ‘Today’s announcement by the Chief Rabbi highlights the real fear many British Jews have, regarding the unacceptable presence of anti-Semitism in Britain and politics today.

Labour today slated the ‘government, parts of the media and public institutions’ for failing to tackle anti-Semitism – but ignored its own raging crisis.

The party’s ‘race and faith’ manifesto committed to ensuring everyone can ‘practise their religion free from persecution’.

But extraordinarily it did not refer to allegations that it has failed to deal with abuse of Jewish activists – which culminated this morning with Britain’s chief rabbi warning that Jeremy Corbyn is not fit to be PM.

Among a host of other measures, the manifesto also stated that all children would be taught about the ‘injustice’ of the British Empire in school.

Mr Corbyn unveiled the document today amid more fury over his handling of anti-Semitism complaints.

The manifesto said there would be no tolerance of ‘Islamophobic and anti-Semitic rhetoric’.

‘Racism wherever it comes from – whether from the left or the right – is unacceptable and not enough is being done.’

But they also used their platform to hit out at the Tory party for struggling to get to grips with Islamophobia.

They said: ‘As a faith community, we commonly feel threatened by Islamophobia. This is an issue that is particularly acute in the Conservative Party who have approached Islamophobia with denial, dismissal and deceit.

‘It is abundantly clear to many Muslims that the Conservative Party tolerate Islamophobia, allow it to fester in society…

‘It is as if the Conservative Party has a blind spot for this type of racism.’

The religious leaders’ scathing remarks prompted a response from the UK’s first Muslim chancellor, Sajid Javid, who vowed to launch an inquiry into Islamophobia in his party.

He told a news conference in Manchester the Conservative party would ‘never, ever, as a party, tolerate anyone amongst our ranks that has any kind of prejudice to any group of people whether based on their race, or their religion, or their gender. 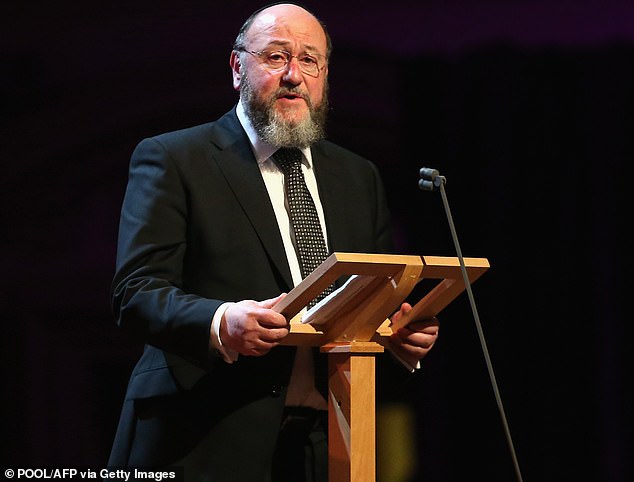 ‘Because some members of the Muslim community and others are saying, and I understand this, is there more that you can do, in your procedures as a party, to root out anti-Muslim hatred? … That’s why we will have an inquiry into what more we can do.’

Racism in political parties jumped up the election campaign agenda this morning when the Chief Rabbi wrote an article in the Times in which he picked apart Mr Corbyn’s claim to have stamped out anti-Semitism as a ‘mendacious fiction’.

His comments sparked support from across the religious divide, including from Archbishop of Canterbury Justin Welby.

A Jewish Labour candidate has been left unable to leave her ‘fortress’ home alone after a string of vile death threats, she revealed today.

Ruth Smeeth says she has been forced to carry a panic button in a bid to keep her safe from a potential attack.

The Stoke-on-Trent candidate, who has vocally criticised Jeremy Corbyn over Labour anti-Semitism, believes she is being targeted by left-wing and right-wing extremists because she is Jewish and a woman.

Police are investigating the latest incident, which saw a death threat hand-delivered to her constituency office in the Staffordshire city last week.

He said: ‘That the Chief Rabbi should be compelled to make such an unprecedented statement at this time ought to alert us to the deep sense of insecurity and fear felt by many British Jews.’

At the campaign event in London, he said: ‘There is no place whatsoever for anti-Semitism in our society, our country, or in my party’, adding that since he became leader of Labour the party has adopted a disciplinary process that did not exist before.

He said when people have committed anti-Semitic acts they are ‘brought to book and if necessary expelled from the party or suspended or asked to be educated better about it’.

He added: ‘I’ve also introduced an education system within the party.

‘I want to lead a Government that has an open door to all of the faith leaders.

‘So, I invite the Chief Rabbi, I invite the Archbishop of Canterbury, I invite all the other faith leaders to come talk to us about what their concerns are.

‘But be absolutely clear of this assurance from me – no community will be at risk because of their identity, their faith, their ethnicity or their language.’