A British newspaper editor has been found guilty in Dubai of killing his wife with a hammer and sentenced to 10 years in prison.

Francis Matthew, the former editor of the English-language Gulf News for the country, had faced the possibility of the death penalty for the killing of Jane Matthew in July 2017.

The family of Jane Matthew said ‘justice has not yet been done’ after he was sentenced.

Francis Matthew (left), the former editor of the English-language Gulf News for the country, had faced the possibility of the death penalty for the killing of Jane Matthew (right) in July 2017

In a statement issued after they attended the sentencing, the victim’s family said: ‘Jane was a loving wife, mother, daughter, sister and aunt.

‘Losing her in such a brutal manner has left the family both bewildered and shocked.

‘We feel that justice has not yet been done as we realise that the actual sentence served may be less than the 10-year sentence.

‘We hope that this sentence is changed on appeal.’

On July 4 last year, Dubai police say they were called to Matthew’s three-bedroom villa in the Jumeirah neighbourhood.

There, they say they found the body of his wife of more than 30 years, and the editor told them robbers had broken into the home and killed her.

During a later interrogation, however, police say Matthew told them his wife had grown angry with him because they were in debt and needed to move.

Matthew said he got angry when his wife called him a ‘loser’ and told him ‘you should provide financially’, according to police.

He told police his wife pushed him during the argument. He then got a hammer, followed her into the bedroom and struck her twice in the head, killing her, according to a police report.

The next morning, Matthew tried to make it look like the house had been robbed and later went to work like nothing had happened, throwing the hammer in a nearby rubbish bin, police said. 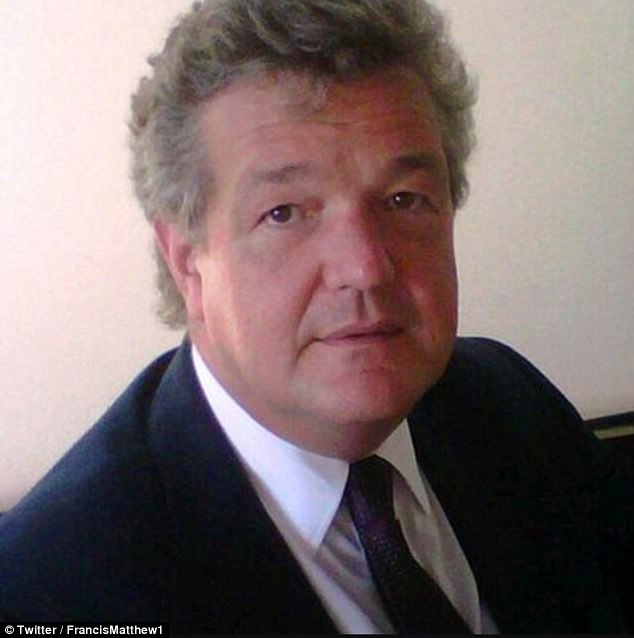 Matthew said he got angry when his wife called him a ‘loser’ and told him ‘you should provide financially’, according to police

The family continued in their statement: ‘We attended the Dubai Courts today, and our family has been saddened by the sentence given to Francis Matthew, Jane’s killer.

‘We believe the facts clearly demonstrate that this crime was a deliberate act. In the defendant’s own version of events, he collected the murder weapon, a hammer, in the kitchen and carried it down two corridors of the house to the bedroom.

‘There was time for him to consider his actions – instead he delivered two hammer blows to the front of Jane’s head. He made no attempt to call an ambulance afterwards.

‘We also know, contrary to the defence’s argument, that Jane had been aware for months that the villa was due for demolition.

‘The defendant has admitted that rows over money had occurred frequently for some time. Ongoing arguments, about money or a house, can arise in any marriage and cannot justify this killing.’

Gulf News previously has said Matthew served as its editor from 1995-2005 and then became an editor-at-large at the newspaper.

He was still with the newspaper at the time of the killing, though the Gulf News now refers to him as a former employee.

News of the killing shocked staff at the influential English-language daily newspaper, where Matthew worked for 22 years.

Matthew was a part of the Dubai Offshore Sailing Club while his London-born wife taught at an English language school.

They had lived in the country for 30 years and were married in Chippenham, Wiltshire, in 1985.

Nirmala Janssen, who helped launch a newspaper called Xpress with Matthew three years ago, previously told the Mail: ‘Francis was amazingly devoted to his family, especially his son who recently left university.

‘He was over the moon for him. They were going to go off and see him graduate.

‘They were an extremely devoted couple… I have no idea what happened. Everybody is speculating. 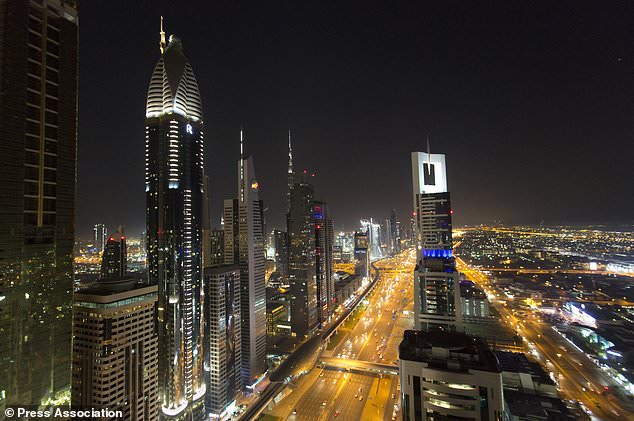 On July 4 last year, Dubai police say they were called to Matthew’s three-bedroom villa in the Jumeirah neighbourhood

‘Jane was a lovely woman. She was always nice, always very polite, and friendly. And Francis is a man who is loved by everybody.’

Abdul Hamid Ahmed, the editor-in-chief of the Gulf News, said: ‘We are shocked and saddened at this tragedy. Francis was editor of the paper from 1995 to 2005.

‘He is a well-respected journalist, known for his keen insight into the Middle East.

‘Both Francis and Jane have played a very active role in the British expatriate community over the past 30 years.’

Matthew was educated at £38,000-a-year Winchester College in Hampshire.

He wrote on professional networking website LinkedIn: ‘I majored in sciences with biology, chemistry and maths A-levels, supported by a fourth A-level in history of art that woke me up to the wider world of the mind.’

He graduated from Exeter University in 1979 with a degree in Arabic and Islamic studies and worked at The Economist before travelling to the Gulf in 1990.

Matthew was not present in the Dubai Court of the First Instance for the verdict read by Judge Fahad al-Shamsi, which is common in courts in the United Arab Emirates.

Matthew’s lawyer could not be immediately reached. Matthew can appeal against his sentence.