Dan Evans looks sure to be seeded for this month’s Australian Open, but may appear in Melbourne in the odd situation of not having a clothing sponsor.

The British No 1, now on the cusp of the world’s top 30, had a starring role in GB’s run to the quarter-finals of the ATP Cup, but played in a dark blue kit he had arranged for himself.

Evans terminated his deal with Japanese manufacturer Yoxoi at the end of last season and is on the lookout for a new supplier.

With his profile continuing to rise, it is unusual for the leading male in a tennis market as important as the UK not to have a deal.

There could be shades of the 2017 Australian Open, when he knocked out No 7 seed Marin Cilic while wearing a shirt that cost him £12 in a local supermarket after his deal with Nike had expired.

He has finally put to rest a troubled past that saw him banned for cocaine use, losing a deal with Ellesse in the process. Evans is the only British man in the top 50. Cam Norrie, below him, is with Ellesse while Andy Murray has a stake in Castore, who clothe him.

These are not especially easy times for tennis players to get deals, with the top companies concentrating on leading players. 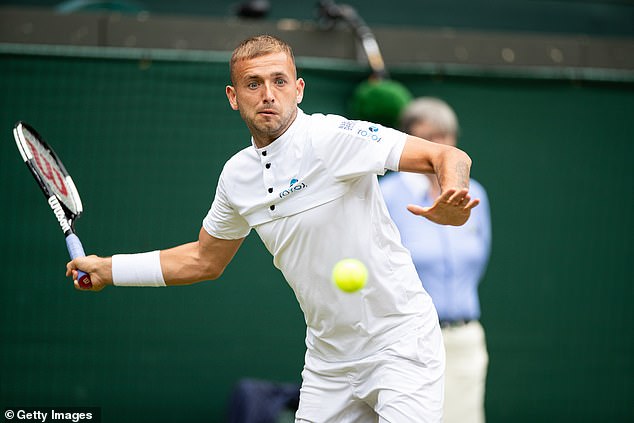 Nike ended numerous deals with tennis players outside the top 20 at the end of last season, although they retain stars such as Serena Williams and Rafael Nadal.

After GB’s 2-1 elimination from the ATP Cup by Australia the players went their separate ways on Friday.

Evans headed to Adelaide for next week’s tune-up for the Australian Open, which begins a week on Monday. Kyle Edmund will also be in action there after losing in the first round of the Qatar Open last week, and Jamie Murray will reunite with regular partner Neal Skupski, who, like Edmund, was unavailable in Sydney.

The victory achieved by Evans over world No 11 David Goffin in the group stages was made to look even more impressive on Friday when the Belgian inflicted a first defeat of the season over world No 1 Nadal.

Evans is the only player to have beaten Goffin this week.

Goffin beat Nadal 6-4, 7-6 to level their quarter-final before Spain won the deciding doubles. Australia face Spain on Saturday, while this morning Novak Djokovic’s Serbia played Russia in the first semi-final. 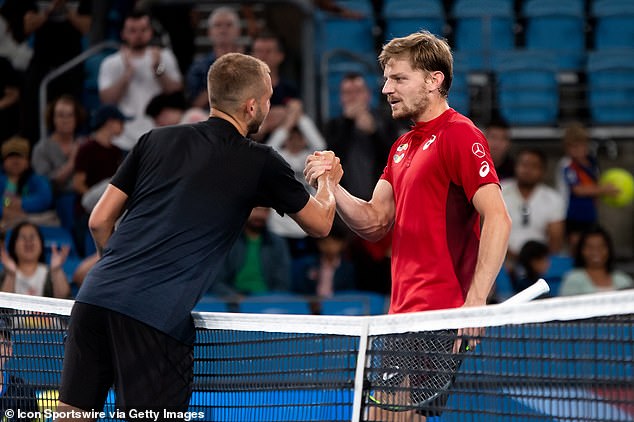