British passengers on the Queen Mary 2 told to disembark only part-way through £68,000 99-day cruise

A British couple have had to leave their 99-day £68,000 cruise early amid the coronavirus crisis –  even though no-one on board caught the deadly bug.

Dave and his wife Helen, from Bletchley Heath, Kent, departed from Southampton for Australia on the 10th of January.

The journey – to celebrate their 70th birthdays – was cancelled due to coronavirus fears.

Dave and his wife Helen, from Bletchley Heath, Kent, embarked on a 99-day £68,000 cruise onboard the Queen Mary 2 (pictured) that departed from Southampton for Australia on the 10th of January. When they got to Freemantle, it was announced that their trip was cancelled

They sailed to Freemantle where they were told by organisers that they have to leave the ship immediately and fly home – even though no-one on board was diagnosed with the bug which has infected more than 150,000 and killed 5,000 worldwide.

Those who are medically unable to fly and have obtained a doctors’ note to prove it are able to stay onboard the ship to be sailed home.

It would take them 24 days to get back on The Queen Mary – which would be classed as a merchant vessel in this instance. 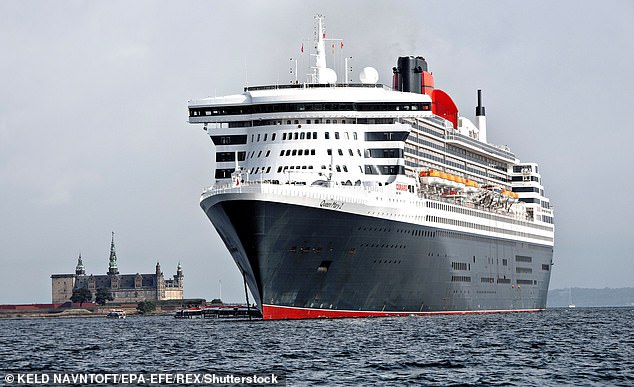 Dave said: ‘We were under a silent quarantine for a time. No-one was to know that we were on quarantine before we were allowed anywhere near Australia.’

The country’s Prime Minister Scott Morrison announced on Sunday that from midnight all people coming to Australia will have to self-isolate for 14 days.

Dave added: ‘Someone said they were offered a first class ticket home.

‘We have heard someone else was offered a holiday in Australia.

‘I don’t want to fly. I don’t like to fly that is why we take cruises. They brought us here by ship, they should take us back again.’

The couple have been offered discounts on future cruises as compensation for the inconvenience. 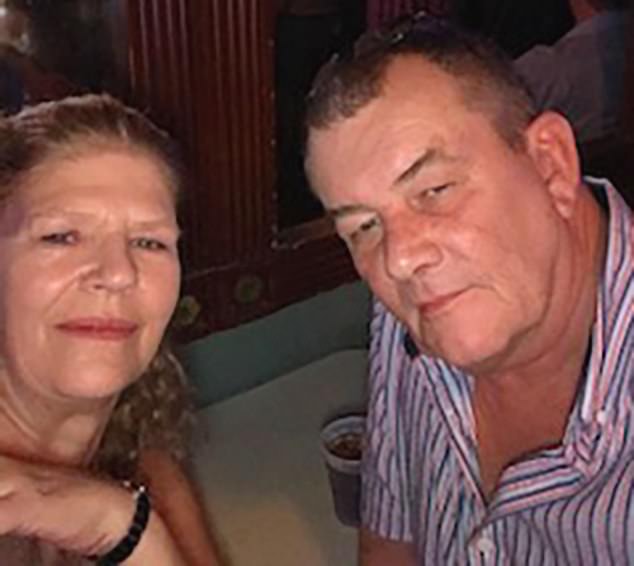 Denise Howes, 59, from Ringwood, Southampton, couldn’t wait for her Caribbean cruise with husband Nigel, 60, which would depart from New Orleans. But the trip was cancelled at the last minute

But Dave said: ‘I won’t be going anywhere near a cruise.’

Meanwhile Denise Howes, 59, from Ringwood, Hampshire, couldn’t wait for her Caribbean cruise with husband Nigel, 60, which would depart from New Orleans.

But when the couple arrived in the US, they found that their cruise on the Carnival Glory was cancelled and they are to fly back to the UK tomorrow.

Donald Trump yesterday extended the United States’ coronavirus travel ban to people from the UK and Ireland, scuppering work and holiday plans for many Britons.

Mrs Howes said: ‘The cruise was to celebrate our 40th anniversary.

‘We are very very disappointed but on the other hand the worry is being ill and being away from home. 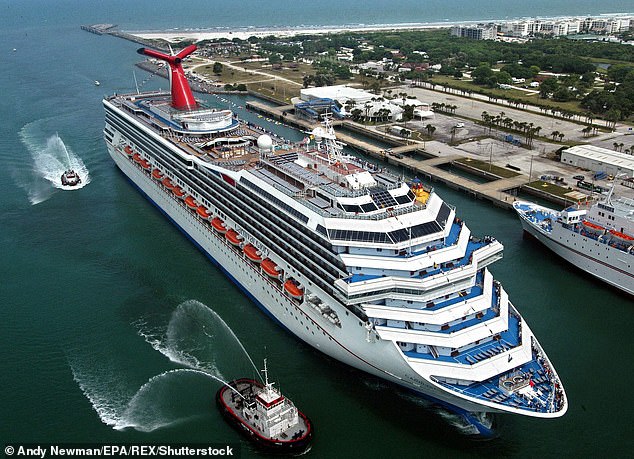 The couple don’t know when they will be heading back and Mrs Howes said it is ‘very very scary’.

It comes as more than 600 British passengers – many of them elderly – were last night stranded on a cruise ship in the Caribbean after it was blocked from a string of ports after a coronavirus outbreak onboard.

Five people on the Braemar, operated by British cruise firm Fred Olsen, have already tested positive for coronavirus and passengers – including the sick – now face the prospect of a voyage back across the Atlantic lasting up to ten days. 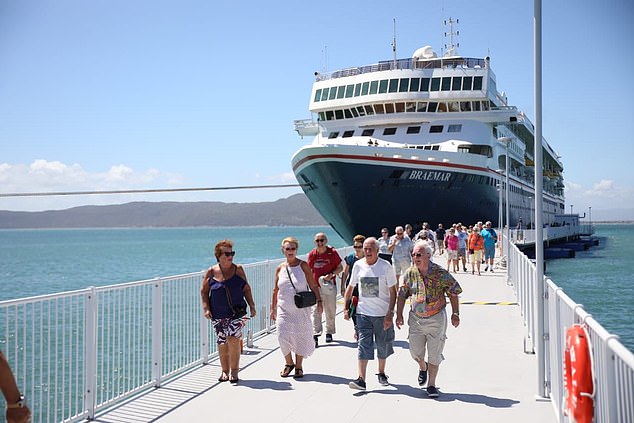 The stricken ship, carrying 682 mostly British passengers and 381 crew, was refused permission to dock in Freetown in the Bahamas due to the outbreak.

Instead, it was yesterday forced to anchor 25 miles off the northern coast of the Bahamas, where extra food, fuel and medical supplies were delivered by helicopter.

Cunard – the company that runs the Queen Mary 2 – said: ‘We have decided to cancel Queen Mary 2’s Round World Voyage.

‘This is due to the escalating Coronavirus (COVID-19) situation across the globe and considering the latest advice regarding international cruising.’ 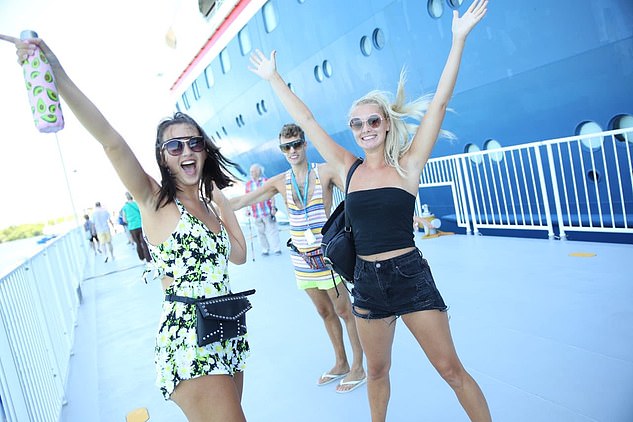 Passengers appear cheerful as MS Braemar docks into Jamaica on March 4th, 2020, before five on board tested positive for the virus. The stricken ship, carrying 682 mostly British passengers and 381 crew, was refused permission to dock in Freetown in the Bahamas due to the outbreak