As Theresa May fights to control deepening Brexit divisions in her party at the Conservative conference, top Eurocrat Jean-Claude Juncker has suggested that British planes may not be able to land in the EU if Brexit goes wrong.

The European Commission president has also said a four-day quarantine may be imposed on pet dogs and cats passing from the UK to continental Europe and again on their return journey.

Speaking at a public meeting in Freiburg, Germany, Mr Juncker asked: ‘What’s going to happen to air traffic in Europe if everything goes wrong?

‘British planes will not be able to land on the European continent.

‘People didn’t know that. Someone should have told them beforehand.’

President of the European Commission Jean-Claude Juncker pictured at the Nelson Mandela Peace Summit in September. Today he has said British planes may not be able to land in the EU if Brexit goes wrong 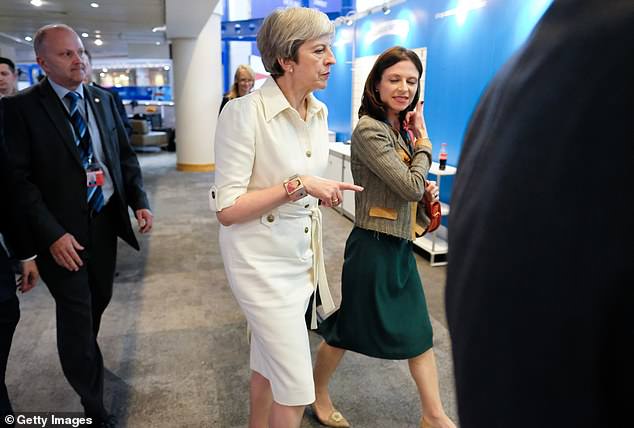 The interjection from Mr Juncker comes at a challenging time for Mrs May who is struggling to convince the EU to accept her Chequer’s plan and heal the significant divisions on Brexit within her own party.

At the meeting Mr Juncker added: ‘What I really regret in the context of Brexit is that there was no real Brexit campaign in terms of actual information in the United Kingdom.

‘The people are finding out now – including British ministers and ministers on the continent – how many questions it poses, all the things we need to resolve.

‘I ask myself what is going to happen to the 250,000 dogs and cats who leave the European continent each year.

‘Right now they just pass through the customs, all these dogs and cats coming to mainland Europe each year.

‘There are lots of people in Europe who just want people and animals to just cross borders, but I think we are going to have a four-day quarantine.

‘If you want to go to Brittany for eight days for holidays, then maybe you need to leave the dog or cat at home, or maybe you will stay home altogether.’ 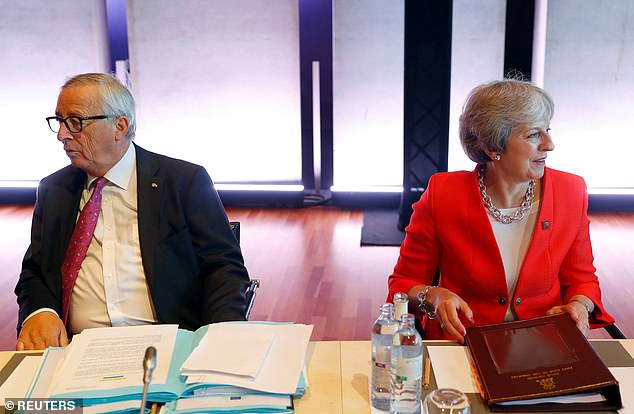 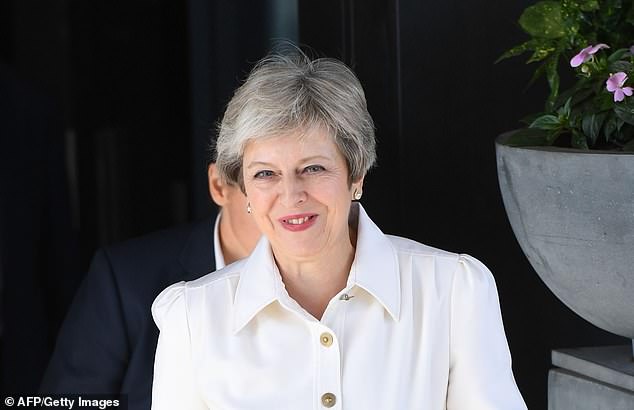 He added: ‘We are right in the middle of these difficult Brexit negotiations. I’m totally for finding a good way to co-operate with the Brits as friends. We need to keep this civil.

‘We sometimes feel like the Brits feel we are leaving them, but it is the other way round – they are the ones that are leaving.’

The president of the German state of Baden-Wurttemberg, Winfried Kretschmann, told the meeting that a second referendum in which the UK voted to stay in the EU would not pose problems for his area.

‘If they wanted to stay in the EU, that would not be a very big problem for us,’ said Mr Kretschmann.