British policeman, 53, working in Australia, dies after chasing a suspect

British policeman, 53, working in Australia, dies after chasing a suspect

A British man has died after pursuing a suspect in Australia, where he worked as a police officer.

Mike Cursiter, 53, had been chasing a suspect on foot for the Western Australian Police when he collapsed last week.

Originally from Orkney, the father-of-two moved from Aberdeen to Australia’s Perth area in 2013 with his partner Evelyn, the BBC reported.

Mike Cursiter, 53, worked as a policeman in Australia. He last week after pursuing a suspect on foot. Pictured: Cursiter (right) with his partner Evelyn Gollach (left) 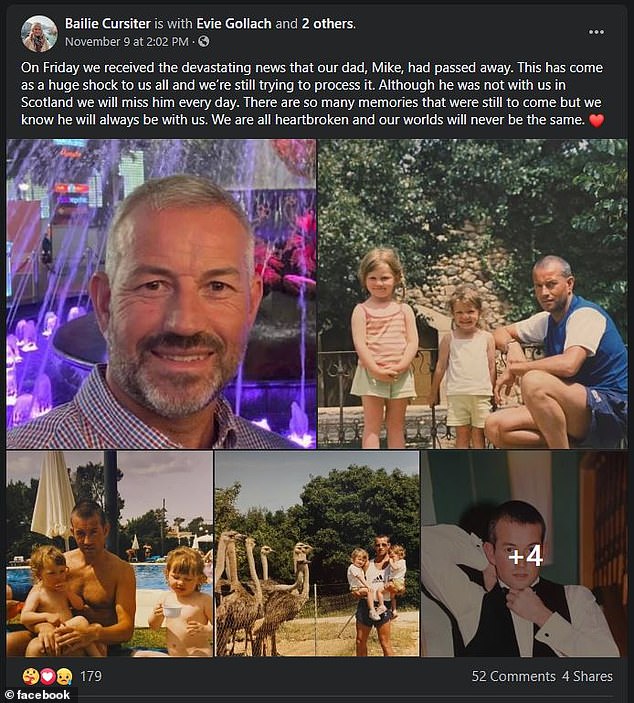 Cursiter’s daughter Bailie posted a tribute to her father on Facebook, saying ‘we will miss him every day’

His daughters, Bailie and Brogan Cursiter, shared a tribute to their father on social media.

‘This has come as a huge shock to us all and we’re still trying to process it.

‘Although he was not with us in Scotland we will miss him every day.’ 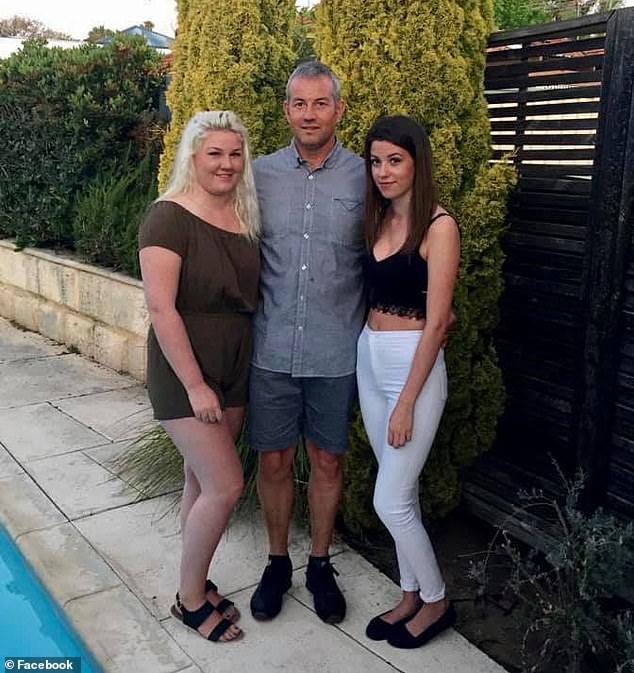 The daughters wrote that they knew their father ‘will always be with us’ and that there were ‘so many memories that were still to come.’

‘We are all heartbroken and our worlds will never be the same.’

Originally from Orkney, the father-of-two moved from Aberdeen to Australia’s Perth area in 2013 with his partner Evelyn, the BBC reported.

After signing up in 1998, Cursiter served in what was then Grampian Police but became an officer for Western Australia Police following his move.

The north east branch of the Retired Police Officers’ Association Scotland reportedly told members that Cursiter had ‘often enjoyed being involved in the front line.’

‘He became involved in a foot pursuit to catch a suspect. Sadly, however, during or shortly after this incident, Mike collapsed and subsequently died,’ the BBC reported the association as saying.

‘He was only 53 years of age but died on active service, doing a job he excelled at’.