A group of British bird-loving conservationists stranded in one of the most remote places on Earth has finally arrived home after a gruelling two-week journey.

A team of 12 from the Royal Society for the Protection of Birds (RSPB) had travelled to Gough Island in the South Atlantic Ocean in late February on a mission to save endangered seabirds being eaten by giant mice.

The island is part of the British overseas territory of Tristan da Cunha, the world’s most inhibited island chain and 1,700 miles west of Cape Town in South Africa. 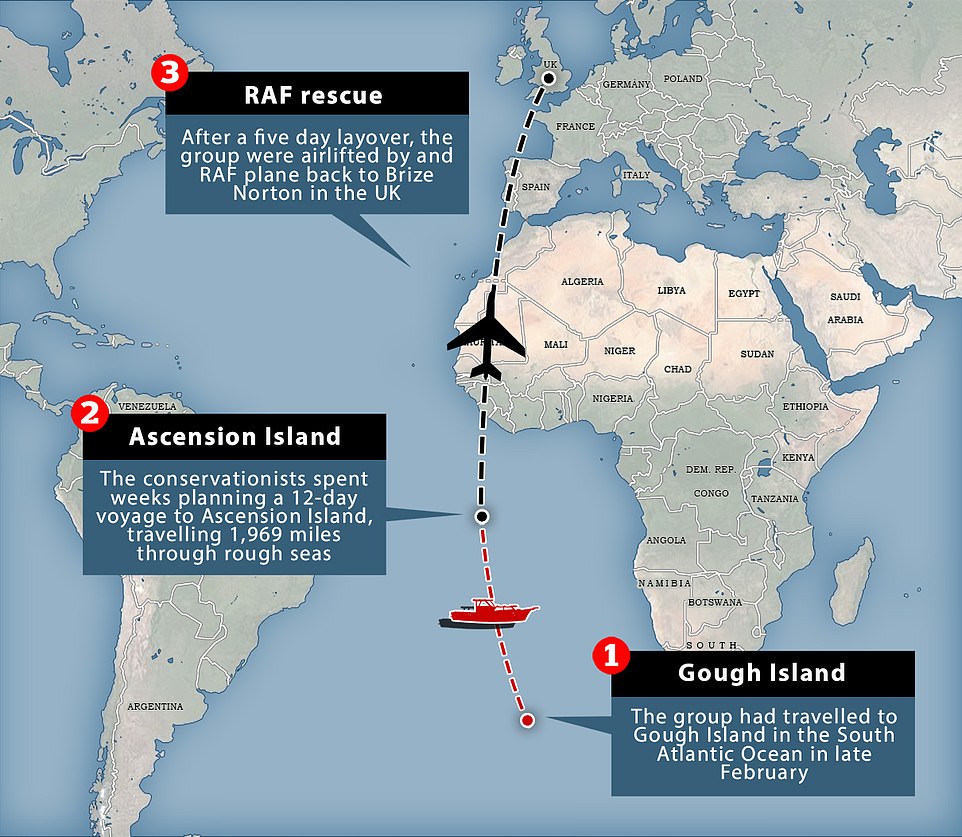 A map detailing the group’s journey from the remote Gough Island to return home to the U.K. after getting stranded during the coronavirus pandemic

Lockdown measures were introduced worldwide while the group was on Gough Island as mass devastation caused by coronavirus spread across the globe at alarming speed.

The group urged the Foreign Office to help them return home but government efforts failed amid international borders closing down in succession and poor weather repeatedly delaying their mission home.

Now, nearly two months after Foreign Secretary Dominic Raab urged all Britons overseas to head back, the conservationists have finally completed their mammoth journey back.

After they had arrived on Ascension, which has a population of just 800, the group  faced a five day layover for an RAF plane to arrive which airlifted them back to Brize Norton in the UK. 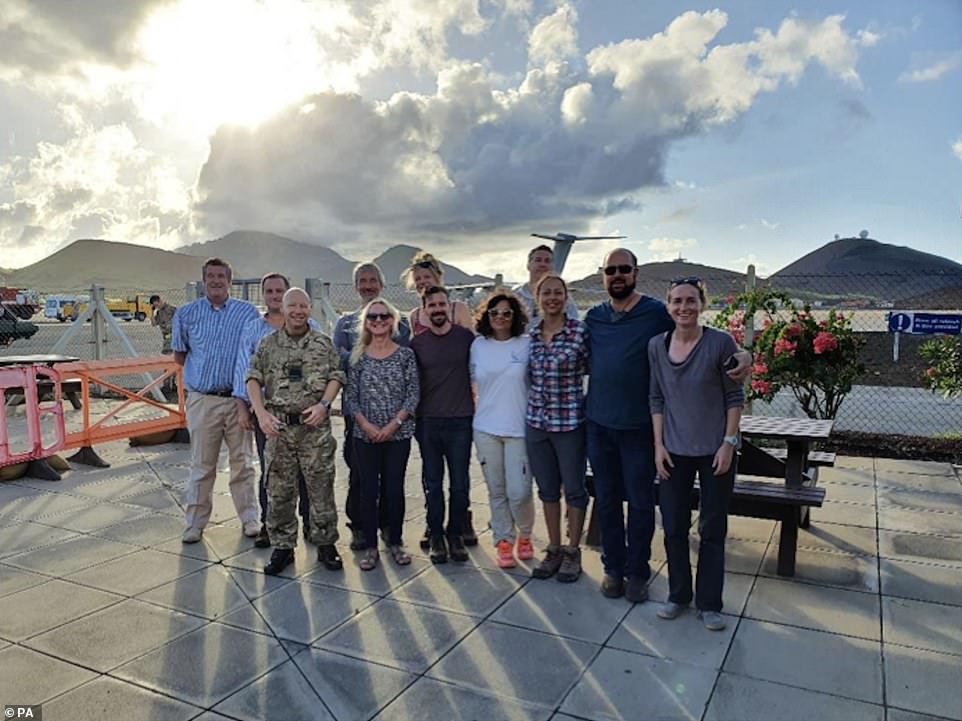 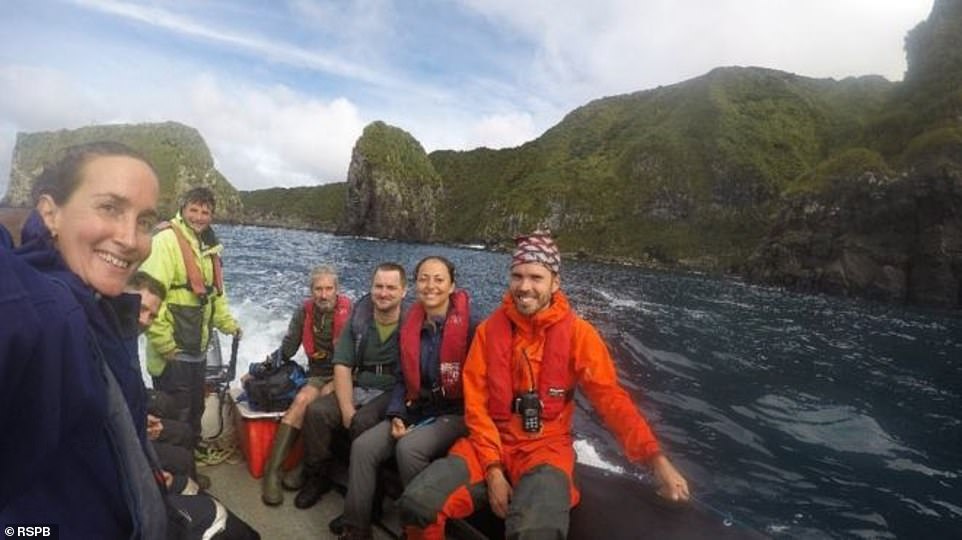 One of the rescued group said they had discussed travelling via Cape Town, the Falkland Islands and St Helena before settling on Ascension Island.

Kate Lawrence, who was among the RSPB group, said: ‘Sailing in that boat for 12 days, looking at the endless blue ocean around me, made the world feel quite big, in contrast to the previous ease of air travel and the rapid spread of Covid-19, which makes the world seem so small’.

‘The information and plan seemed to change almost on a daily basis due to the ever-changing border closures and travel restrictions around the world.’ 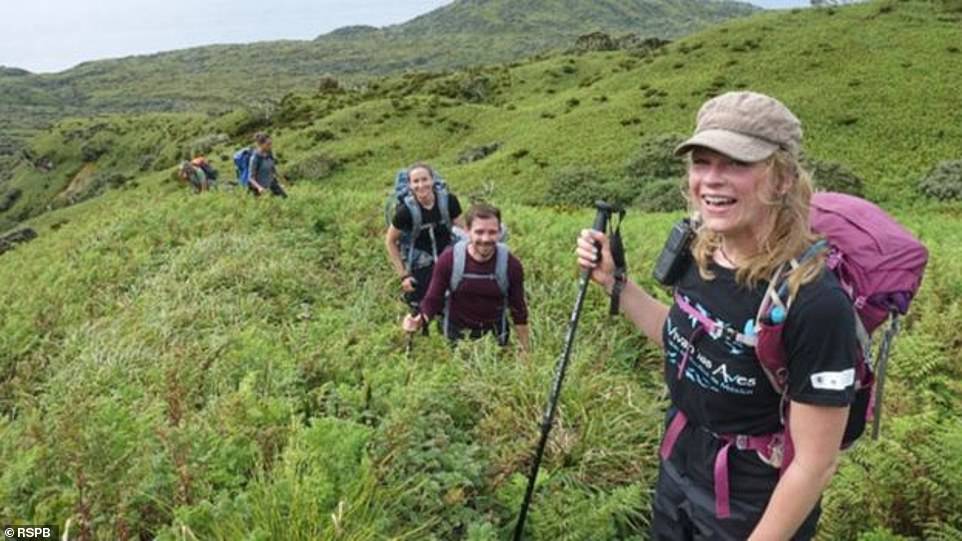 When the coronavirus outbreak escalated globally in the middle of March, the RSPB were left with few options but to postpone the project and find a way to return the group to the UK from the isolated spot 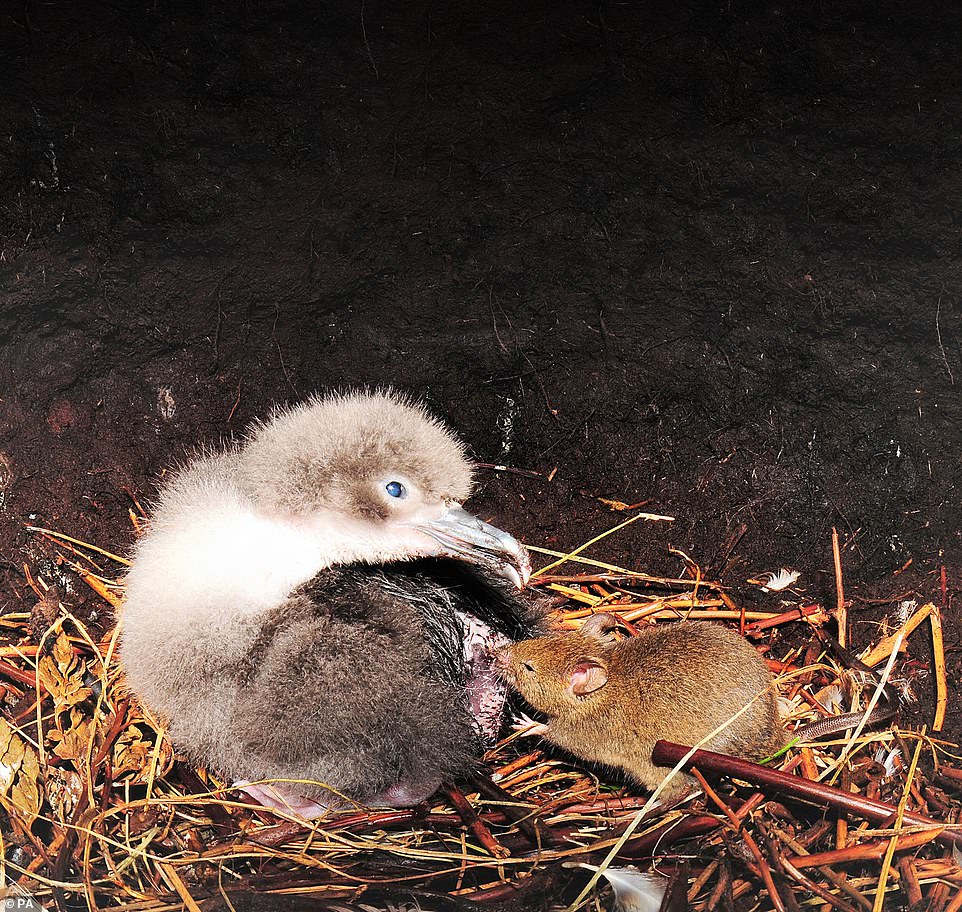 The Gough Island Restoration Programme aims to save rare seabirds, such as the critically endangered Tristan Albatross, from the devastating depredation by giant mice

‘Their challenging journey showed how carefully this needed to be planned and how much coordination and diplomacy was required to get them home. We hope to welcome them back soon.’

Most of the group had planned to spent a year on Gough Island before the project was postponed, and the charity intends to return in 2021.