A quick blood test for liver disease which can diagnose the illness ten years before symptoms appear is being developed by British scientists.

It would be carried out in GP surgeries and give the results in 30 minutes, while patients go and have a coffee.

University College London scientists behind the test say it will cost less than £50 and could diagnose the disease ten or even 20 years early. They hope it will be available in the next five to ten years.

Liver disease is the fifth biggest killer in the UK and one of the only major illnesses where the death rate is still rising.

Most cases are caused by obesity or drinking too much alcohol. Symptoms do not appear until late on, so most patients are only diagnosed when the illness is advanced.

The study, published in Advanced Materials, describes the new method of detecting liver fibrosis – the first stage of liver scarring that leads to fatal liver disease if left unchecked – from a blood sample in 30-45 minutes.

Researchers at the University of Massachusetts designed a sensor that uses large molecules called polymers, coated with fluorescent dyes that bind to blood proteins based on their chemical properties. 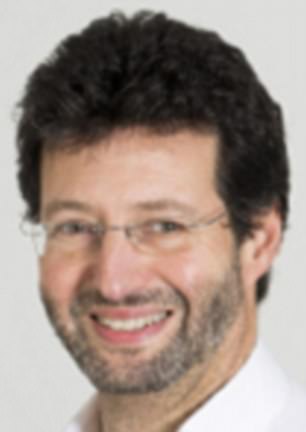 The fluorescent dyes change in brightness and colour, yielding a different pattern of fluorescence depending on the protein composition of the blood sample.

The UCL team tested the sensor by comparing results from small blood samples (equivalent to finger-prick checks) from 65 people, in three balanced groups of healthy patients and those with early-stage and late-stage fibrosis.

The groups were determined using the Enhanced Liver Fibrosis (ELF) test, the existing benchmark for liver fibrosis detection that requires samples to be sent away to a lab for analysis.

They found that the sensor could identify different patterns of protein levels in the blood serum of people in the three groups.

Professor William Rosenberg, from UCL, said: ‘Liver disease is the third biggest cause of premature mortality in the UK, and one of the only leading causes of death that’s on the increase.

‘We hope that our new test could be used on a routine basis in GP surgeries and hospital clinics to screen people who face an elevated risk of liver disease, but don’t yet show signs of liver damage to identify those with serious fibrosis, so that they can access treatment before it’s too late.

‘This may open the door to a cost-effective regular screening programme thanks to its simplicity, low cost and robustness.’