British SKY-les: Cloud looking like a map of the United Kingdom spotted hovering in Devon skies

A cloud looking like a map of Britain was spotted hovering in the skies over the weekend.

Amanda Darke snapped a photo of the unusual formation when she was driving in Devon on Saturday evening at around 7pm.

Ms Dark was so thrilled that she jumped out of her car while travelling between the villages of Diptford and Morleigh.

The 58-year-old said: ‘The cloud was a perfect shape of the UK and I knew I had to act quickly before it dispersed.

‘I jumped out of the car and took a couple of pictures.

‘My mum was driving us and I saw it in the sky. I just said “quickly stop the car” as I wanted to take a picture of it.

‘I was so thrilled by it. I just looked up and it presented itself. 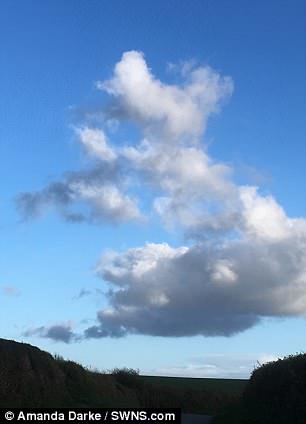 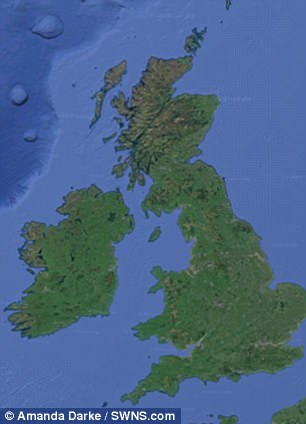 ‘I couldn’t believe it. I just knew it i didn’t get it then I would never see anything like that again.

‘It was lucky I was a passenger and able to spot it.’

But there will be too much clouds today as the Met Office has issued a yellow warning for heavy rain across southeastern England and of East Anglia o through most of Monday.

The weather warning states: ‘There is a small chance that homes and businesses could be flooded, causing damage to some buildings. 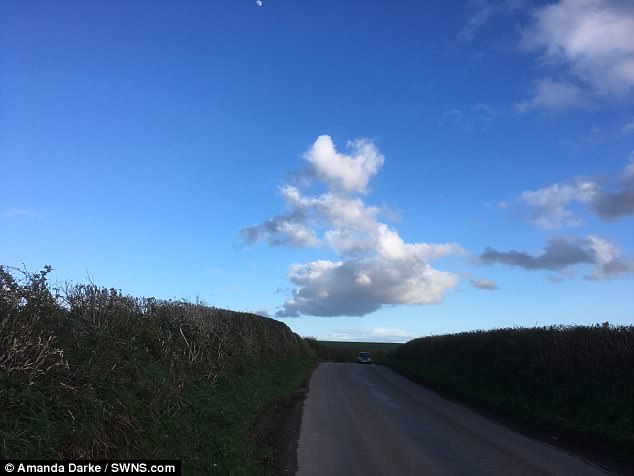 ‘Spray and flooding could lead to difficult driving conditions and some road closures.

‘Where flooding occurs, there is a slight chance of delays or cancellations to train and bus services.’

The Met Office said rainfall of at least one inch (25mm) is possible in many areas of the South-East but that some areas could receive more than two-and-a-half inches (70mm).