British spending on ‘vices’ like drugs and prostitutes DROPS

Britain is becoming more virtuous, according to official figures, as spending on drugs and prostitutes dropped by nearly a fifth in a decade.

The total outlay on prostitutes reduced by 4 percent from £5 billion in 2015 to £4.8 billion in 2016, while the amount spent on illegal drugs plummeted by 40 percent in the five years from 2011.

Yet it’s not quite time to celebrate yet, as the total ‘vice’ spend still exceeds the output on several legitimate hobbies, including gardening and cycling.

The amount spent on illegal drugs plummeted by 40 percent in the five years from 2011. Pictured: A stock photo of lines of cocaine on a mirror

Statisticians also warn people may be spending less on drugs because of cheaper street prices for Class A drugs such as cocaine, reported The Telegraph.

This is the first time the Office of National Statistics has worked out the amount British households spend on illegal activities.

Professor Diane Coyle, from Cambridge University, said measuring levels of illegal activity was a valid approach for the government-funded agency.

‘One of the functions of measuring the economy is to think about the scale of market activity as a whole,’ she said. ‘[That includes] all kinds of non-legal activity.’

However, she also warned about using inferring higher spending to indicate wellbeing, as economists do not believe drugs and prostitution help this.

However, they spend less on recreation than people in other parts of the UK, probably due to higher housing costs.

Scotland had the highest alcohol spend followed by the North West and the South East, while people in Northern Ireland spent the most on tobacco. 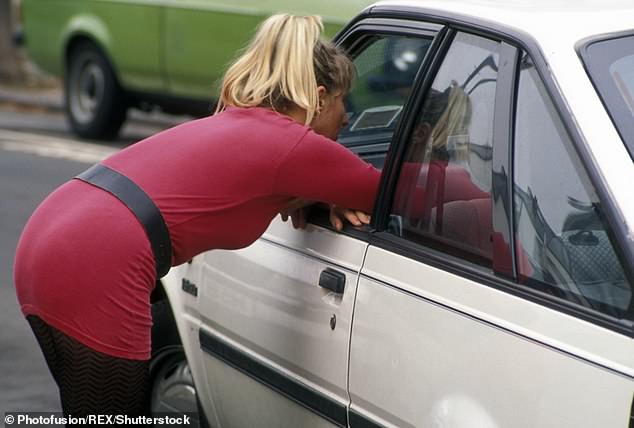