Sergei Skripal, a former colonel in Russian military intelligence, was considered by the Kremlin to be one of the most damaging spies of his generation.

He was responsible for unmasking dozens of secret agents threatening Western interests by operating undercover in Europe.

In 2006, he was sentenced to 13 years in a Russian labour camp after being convicted of passing invaluable Russian secrets to the UK.

A senior source in Moscow said at the time: ‘This man is a big hero for MI6.’

After being convicted of ‘high treason in the form of espionage’ by Moscow’s military court, Col Skripal was stripped of his rank, medals and state awards.

He was alleged by Russia’s security service, the FSB, to have begun working for the British secret services while serving in the army in the 1990s. 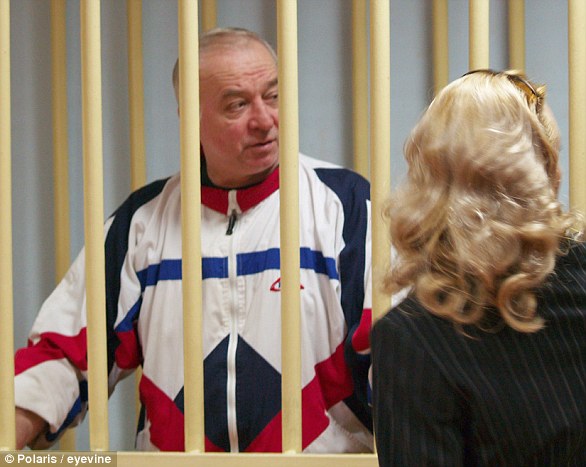 He passed information classified as state secrets and was paid for the work by MI6, the FSB claimed.

Col Skripal pleaded guilty at the trial and co-operated with investigators, reports said at the time. He admitted his activities and gave a full account of his spying, which led to a reduced sentence.

In July 2010, he was pardoned by then Russian president Dmitry Medvedev and was one of four spies exchanged for ten Russian agents deported from the US in an historic swap involving red-headed ‘femme fatale’ Anna Chapman.

Mrs Chapman, then 28, was a Manhattan socialite and diplomat’s daughter, who had lived and worked in London during a four-year marriage to British public schoolboy Alex Chapman.

After the swap at Vienna airport, Col Skripal was one of two spies who came to Britain and he has kept a low profile for the past eight years. 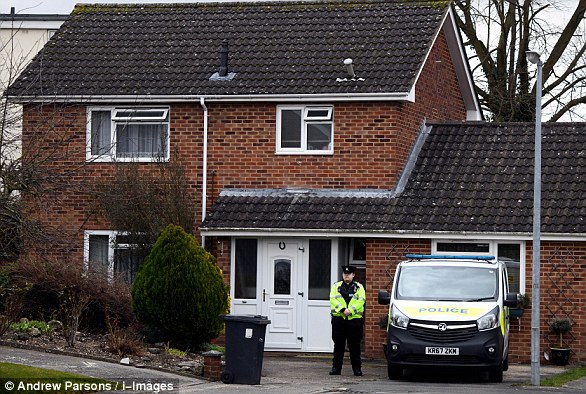 He moved into a £350,000 home in Salisbury and collapsed outside a shopping centre in the city centre

He is understood to have been debriefed for months before being given a home and a pension.

The former spy was living at an address in Salisbury, Wiltshire, when the suspected poisoning took place in the city centre.

Reports in Russia suggested that Mr Skripal was originally recruited by MI6 in Tallinn, Estonia, and may have lectured on the KGB tactics since moving to Britain.

He often went to his local shop to buy a particular type of Polish sausage and spent up to £40 a time on lottery scratch cards and was described as a ‘polite’ and ‘kind’ customer who often won money.

Adam Blake who owns local firm A2B Taxis, said he ‘fairly regularly’ used to pick up Mr Skripal, who is fighting for his life after being exposed to a mystery substance.

Mr Blake told the Daily Mirror: ‘He had a black-faced ring with an animal on it, a wolf I think, and would kiss the ring and ask if you wanted to kiss it.

‘Then he would look each way, as if joking, and say, “I’m a Russian spy”. He would say it to all the drivers and nobody ever believed him.

‘I would often see him standing around town in doorways too, looking around suspiciously as if he was really trying to portray the spy image.’

He also joined the £10-a-year Railway Social Club in the city and neighbours said they did not know him well, although he organised a house-warming party shortly after moving in, inviting people by dropping notes through doors.

It was also revealed how he had suffered two bereavements within just five years when his wife Lyudmila died aged 59 in 2012, before his son Alexandr passed away aged 43 in 2017.

His neighbour Blake Stephens, 24, said: ‘He used to live with his wife but unfortunately she died in a car accident a while ago.’

Col Skripal was turned by MI6 when he was posted abroad as a GRU military intelligence agent in Europe in the mid-1990s.

During his years working for MI6, the balding spy unmasked dozens of agents threatening Western interests.

Col Skripal was so well-connected that even after his retirement from his spy service in 1999 he continued to pass exceptional secrets to London by staying in touch with his former colleagues as a reservist officer.

He was nicknamed ‘the spy with the Louis Vuitton bag’ after grainy pictures showed him carrying a bag at an airport en route to a meeting with his handlers.

He may finally have been snared by the FSB after passing his intelligence to MI6’s infamous James Bond-style ‘spy rock’ – a fake stone packed with receiving equipment in a Moscow park.

Russian secret services exposed the ploy in 2006, revealing how British agents transmitted their data to the rock via a hidden hand-held device while walking past it. 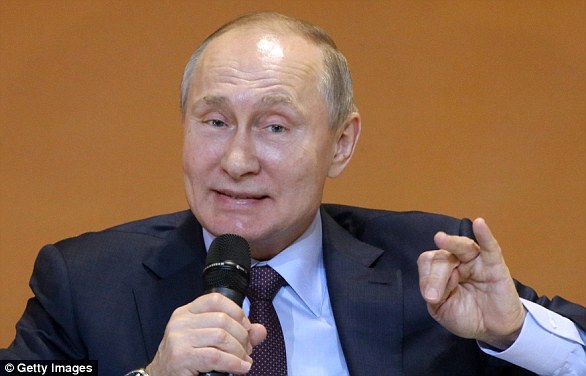 Chief military prosecutor Sergei Fridinsky said: ‘It is impossible to measure in roubles or anything else the amount of harm caused by Skripal.’

State-run TV in Russia even compared him to the legendary Soviet double agent Oleg Penkovsky, who spied for Britain and the US during the height of the Cold War.

Penkovsky was shot by a firing squad in 1963 and is regarded as one of the most effective spies of all time.