British student who fell to his death from Majorca balcony revealed

A British language student has died after falling from a fourth-floor balcony in Spain following a St Patrick’s Day party with friends.

James Walton, 23, a Sheffield Hallam University student who was on a placement year in Majorca, was killed in the early hours of Sunday in Majorca.

He suffered fatal injuries after falling head-first onto a pavement below the apartment block, it emerged on Monday. 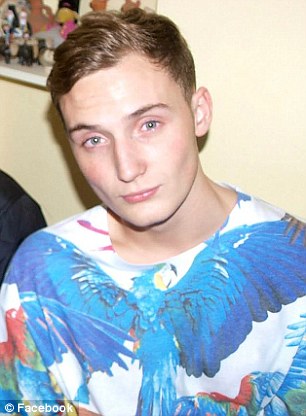 James Walton, 23, a Sheffield Hallam University student, fell four storeys to his death in the early hours of Sunday morning on the Spanish island of Majorca

James was from Ealing, London, but had been in Palma since last September and was working as a global loyalty intern at Melia Hotels International.

He was in his third year of a BA Honours degree in languages with international business in Spanish.

Police believe James, who spoke German as well as Spanish, lost his balance after a with colleagues from the hotel chain and friends visiting from the UK.

A post-mortem due to take place on Monday was expected to confirm he had been drinking heavily before the tragedy and may have played a part in what happened.

The results of the post-mortem will not be made public, as is normal in Spain.

A passer-by alerted the emergency services just after 6am on Sunday after discovering James lying on the pavement in a street in the centre of Palma called Calle Aragon, near the city’s famous El Corte Ingles department store.

Efforts by paramedics to revive him failed and he was pronounced dead at the scene.

It also emerged on Sunday that his friends were unaware he had fallen until police knocked on their door to inform them. 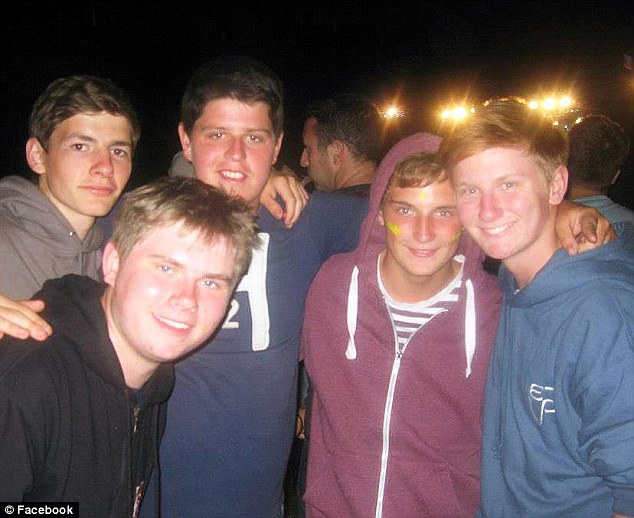 Walton (second right) had been drinking with colleagues and friends before falling, and they had no idea he had died before police knocked on the apartment door to tell them (it is not being suggested that anybody pictured here was in the apartment at the time)

They have been questioned as part of a routine inquiry led by an investigating judge, and said they had been drinking and did not see their friend fall.

A well-placed source said on Monday: ‘They had been partying in the flat and there were bottles of alcohol lying around.

‘It was St Patrick’s Day on Saturday and they had been celebrating.

‘The friends confirmed the dead man’s identity after being informed about what had happened.

‘Two of the men inside the apartment were living there and another two were visiting.

‘They weren’t aware of what had happened till police knocked on their door.’

James, who grew in Ealing, west London, and was educated at Twyford Church of England in nearby Acton, had started at Sheffield Hallam University in 2015 and was due to graduate next year.

Friend and colleague Maja Jaroszewska, also based at the same hotel group James, posted a series of heart emojis on her Facebook alongside a link to a news report about the tragedy.

A relative wrote: ‘So sad RIP.’

A spokesman for Spain’s National Police confirmed ahead of the post-mortem there was nothing to indicate the man’s death was the result of a crime.

She said: ‘At this point in time everything is pointing towards it being accidental.’