A British former deputy headmaster has been arrested after allegedly sexually abusing schoolboys in Cambodia by luring them to his house with gifts.

Steve Loryman, 57, had been volunteering in the south east Asian country with his wife Alison since June 2017.

Police said they received a complaint from a mother of one of the boys claiming he was being abused by Loryman.

According to social media, Loryman previously volunteered with a Christian mission in Sierra Leone.

A picture released by Cambodian police which appears to show three boys seated on the floor and one behind Steve Loryman at his rented home in the capital Phnom Penh, in Cambodia 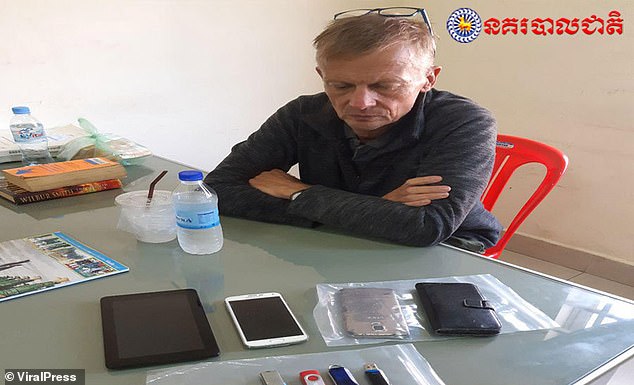 Another picture from Cambodian police shows Steve Loryman seated at a desk with smartphones, a tablet and USB flash drives laid out on evidence bags 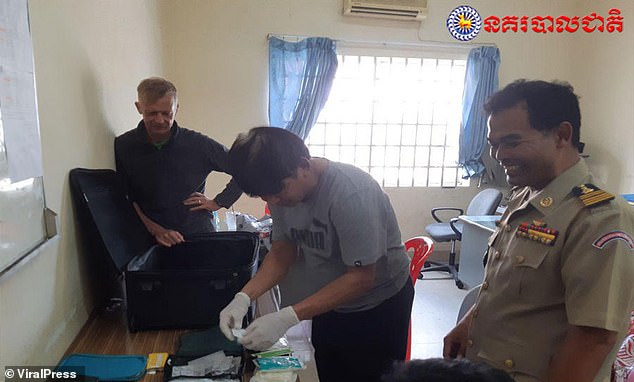 The Brit, who taught at a school in Bradford, West Yorkshire, was arrested at his rented home in the capital Phnom Penh on Sunday at around 1pm.

Police claim there were four boys all under the age of 15 with him at the time.

Police photos show three of the children sitting on the ground while another sits on a chair behind him.

A statement from the Cambodian General Commissariat of National Police said that Loryman had been sent to the Phnom Penh Municipal Court today.

They said: ‘Police of the Anti-Human Trafficking and Juvenile Protection Department on 28 November 2018 sent a British suspect to the Phnom Penh Municipal Court to enforce the legal procedure involving child prostitution under 15 years of age.’

Lieutenant Colonel Lal Lin, the chief of the child protection department, said that the suspect had been renting a plot of land in the Khan Chbar Ampov district. 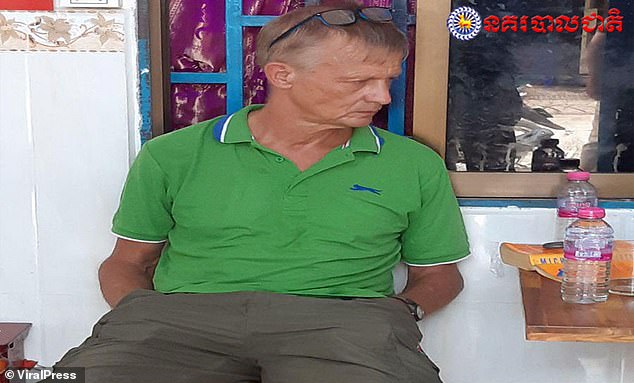 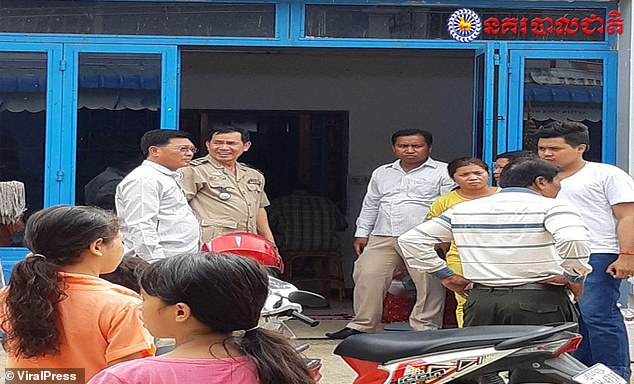 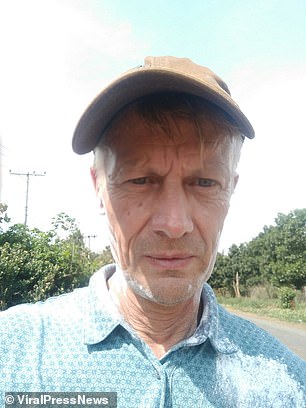 ‘On suspicion, the police reported to the Deputy Prosecutor requesting to check the above rental address.

‘In monitoring and with the cooperation of relevant authorities, police found that there were four children with the suspect, and the police followed the procedure and brought the suspect and some electronics and four children to the department for questioning.’

The statement said that ‘according to the victim’s comments’, Loryman ‘used various means to attack the child. For example, by donating money, buying a phone, buying food, taking a walk, buying clothes, buying school supplies, buying bicycles and so on.’

Police said that there were complaints from a mother and her child, which lead them to take action.

The statement added: ‘It is concluded that the suspects sexually assaulted and molested the children by using money and materials to attract them.

‘It is decided to build a case to send the suspects to the Phnom Penh Court for disciplinary action and to follow the appropriate legal process.’

According to Loryman’s social media entries from 2012, he had been working in Sierra Leone since 2006 with a Christian based charity called Mission Direct.

In 2012 he self-published a fiction book called ‘Kissy Boys’ which tells the story of a child ‘abducted from his home and destined to be used for body parts or as a sacrifice in a ritual.’

Reports in Keighley News say that Loryman was a former teacher and then deputy head at Eastwood Primary School in the town of Keighley in Bradford, West Yorkshire.