An adventurer who sent a distress signal before disappearing on a solo kayaking trip along the Amazon had written of her worries about being killed just days earlier.

Former headteacher Emma Kelty, 43, was last heard of about 150 miles west of the Brazilian city of Manaus in an area notorious for its pirate attacks and drug traffickers.

Kelty, who lived in Finchley in London before heading to South America, was 42 days into a 4,000-mile trip along the Amazon river from its source to the Atlantic Ocean.

Her abandoned kayak and belongings were found on the same sandbank where a chief police officer disappeared after a confrontation with a drugs gang last year.

Kelty, who lived in Finchley in London before heading to South America, was 42 days into a 4,000-mile trip along the Amazon river from its source to the Atlantic Ocean 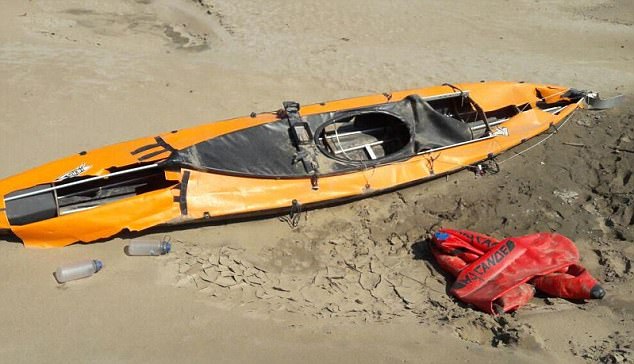 Abandoned on the sandy banks of a Brazilian river, this is Kelty’s kayak. She is feared to have been snatched by pirates 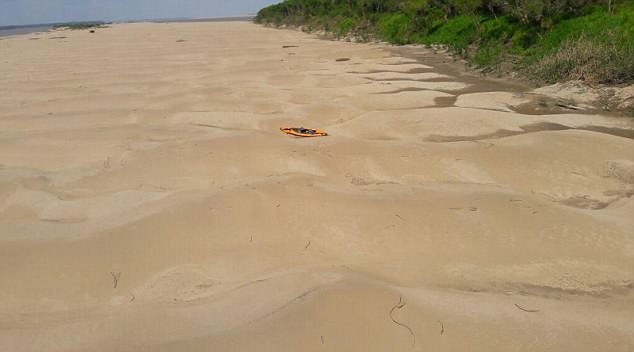 The 43-year-old vanished while attempting to paddle alone more than 4,000 miles along the entire length of the river 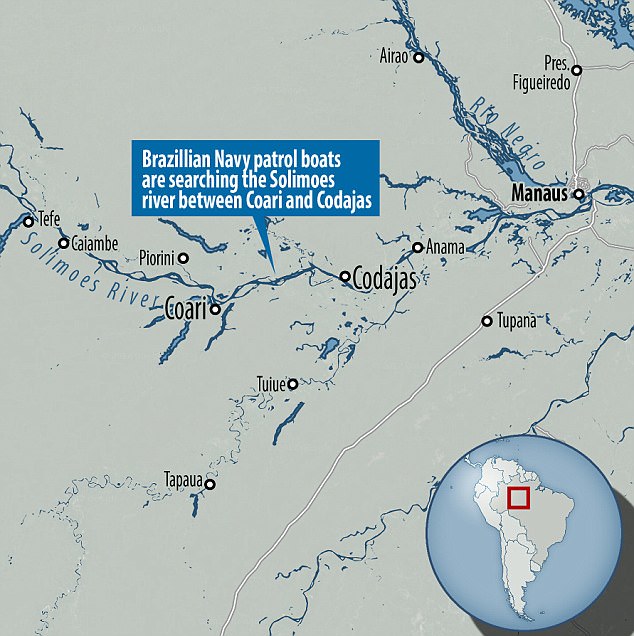 Kelty, who was navigating the river alone, activated an emergency locator on Wednesday between the towns of Codajas and Coari

But posting on Facebook days before she disappeared, Kelty had joked about the dangerous stretch of river she was entering.

In a message written on September 10, she wrote: ‘So in or near Coari (100km away) I will have my boat stolen and I will be killed too. Nice.’

But despite her writing two days later that she was ‘in the clear’, Brazilian police have said she was in fact just about to enter the most dangerous part of the river.

Local police chief Ivo Martins said: ‘It is a trafficking route, but we’re not necessarily linking the case with drugs trafficking. 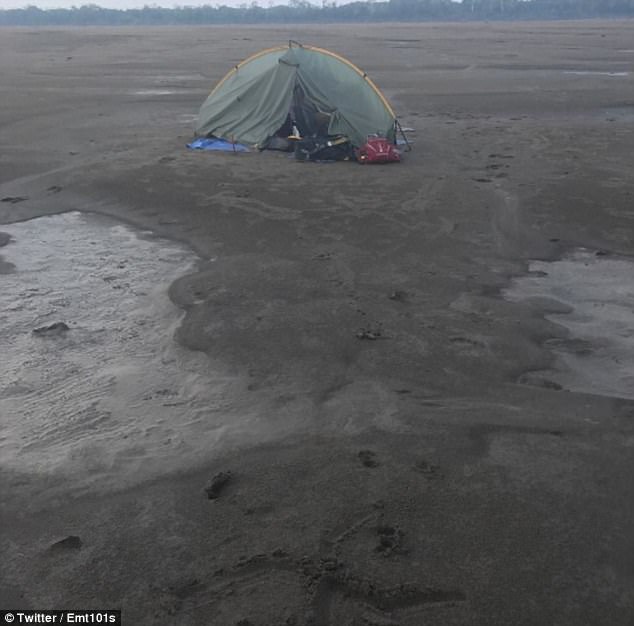 Kelty posted a picture of her tent on September 10, just days before she triggered her emergency locator device and went missing 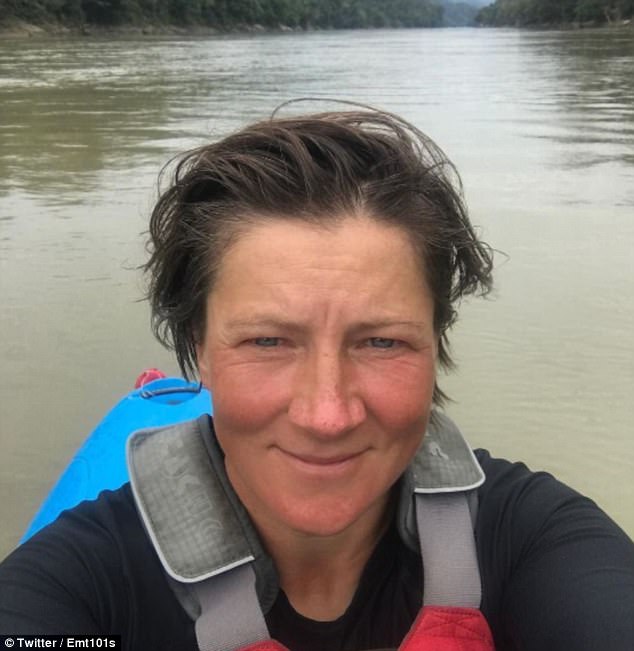 Her abandoned kayak and belongings were found on the same sandbank where a chief police officer disappeared after a confrontation with a drugs gang last year. Pictured: Kelty in July

In December last year civil police chief Thyago Garcez disappeared in almost exactly the same remote stretch of the Solimoes river, after he and other policemen got into a firefight with drugs traffickers. His body has never been found.

And last month a boat, supposedly navigated by traffickers transporting drugs from Peru, was attacked by pirates who robbed the cargo after an intense gunfight in the same spot, according to reports.

Kelty was recording her journey online and was also using a GPS system so her loved ones could follow her progress.

It is thought that she had stopped to pitch her tent near the river on Wednesday night when she activated a distress signal.

She was close to Lauro Sodre, which is between the remote settlements of Coari and Codajas.

After she pushed the button, the Brazilian navy has sent out search and rescue teams, including a helicopter and boats.

Her final tweet – on Wednesday – read: ‘At 1am such a dramatic change in one day…. but such is the river …. every Km is different and just because 1 area is bad doesn’t mean …’

Earlier in the day, she wrote: ‘Finished the day yesterday meeting three lovely locals and 2 kittens that slept next to my tent for the night (well until that played chase…’

And on Tuesday, she had tweeted: ‘Turned corner and found 50 guys in motor boats with arrows!!! My face mist hve been a picture!! (Town was uber quiet… too quiet!!) all go…’

Martins, the policeman leading the investigation, added: ‘We have already taken some of the items found on her canoe to forensics, such as clothes, some cigarette stubs and some shoes. 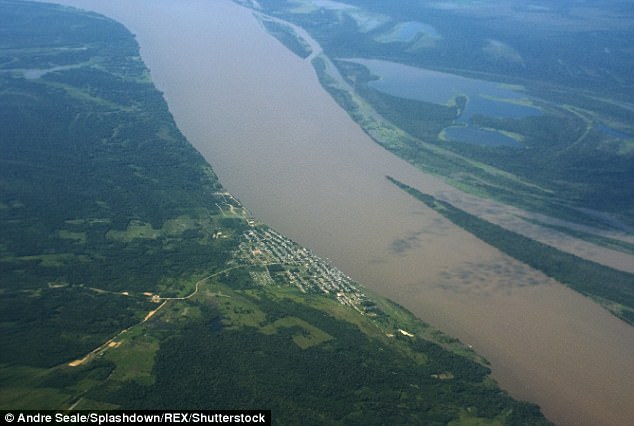 ‘We are awaiting the arrival of her canoe to look for more clues.

‘Some local river people near where her canoe was found say they saw a woman rowing down the river, but they didn’t know which direction she was going.

‘We need to advance the investigations to find out what she was doing here, and her last steps before she disappeared.

‘We cannot rule out that she was a victim of a criminal offence, or that she simply got lost. We are working with all the hypotheses.’

A blogger from the area said locals feared Kelty had been kidnapped.

William Nascimento added: ‘It is crazy that this woman decided to row along the river on her own, even stopping to pitch her tent. No-one who knows this part of the river and the pirates would even think about doing that.’

A spokeswoman for the Foreign Office said assistance is being provided to the family of a British woman missing in Brazil.