British tourist, 75, becomes the second to die of Legionnaires disease

A 75-year-old man from Huddersfield is the latest Briton to die of a suspected outbreak of Legionnaires disease linked to a Bulgarian three-star resort.

Brian Taylor, 75, was admitted to hospital after returning from a week’s holiday at the Hotel Kalofer on Sunny Beach, Bulgaria.

Mr Taylor visited the popular hotel in June and died a month after returning having suffered ‘flu-like symptoms’ which deteriorated.

Brian Taylor, pictured with his wife Nancy Sykes-Taylor, right, died following a week’s holiday in Bulgaria. His family believe he contracted Legionnaires Disease at a hotel linked to several other cases 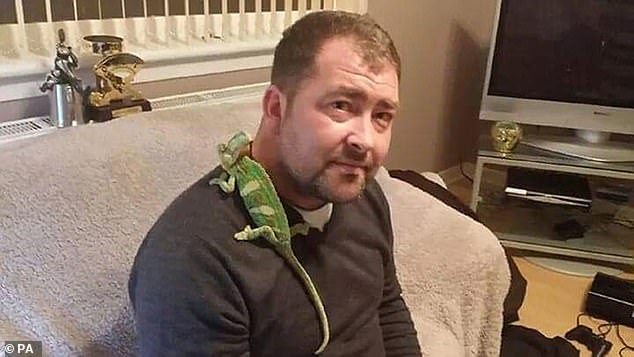 John Cowan, 43, pictured, died after contracting Legionnaires disease while on holiday in Bulgaria. His family want to sue Jet2 for damages following his death on June 19, one week after he returned from the Hotel Kalofer in Bulgaria’s Sunny Beach resort 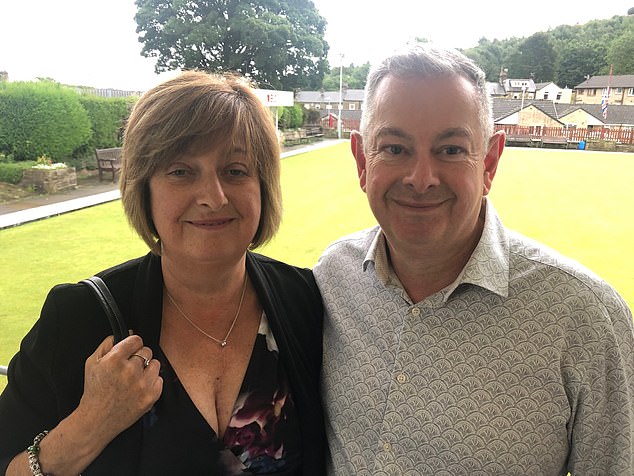 Mr Taylor’s stepson Martin Farrell, right, said: ‘Before his holiday he was fighting fit but when I saw him on the Wednesday after he got back he looked awful. He was shaking and had a temperature and he didn’t talk much about his holiday’

Yesterday it emerged that John Cowan, 43, from Hamilton, Lanarkshire died after returning from the same resort having contracted Legionnaires Disease.

He died on June 19 – one week after returning home from the result. His death certificate claimed he died from ‘septic shock’ and ‘Legionella Pneumonia’.

His family want to determine whether his death is linked to the hotel.

Both Mr Taylor and Mr Cowen travelled with Jet2 Holidays, who have been warned by the European Legionnaires’ Disease Surveillance Network, that four cases of the disease have been linked back to the hotel.

Jatinder Paul, legal expert at Irwin Mitchell representing the family, said: ‘All of Brian’s family are understandably heart-broken by their loss and are struggling to come to terms with what happened.

‘Through our work we are sadly only too aware of the devastating consequences of Legionnaires’ disease and nothing highlights this more than Brian’s death. 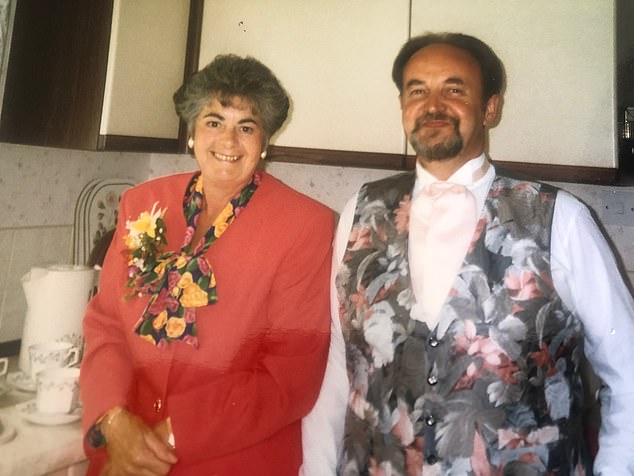 Mr Taylor, pictured with his wife Nancy Sykes-Taylor, was on holiday on his own after he wife of 41 years was admitted into a nursing home suffering from dementia. Mr Farrell said his step father would visit his wife in the nursing home every day

‘We are now investigating how Brian contracted his illness and looking into his stay at the Hotel Kalofer. It is extremely worrying that other guests who stayed at the same hotel have also contracted this potentially fatal infection.

‘Following an outbreak of Legionnaires disease it is vital that the source is identified as soon as possible. If any members of the public start experiencing any of the symptoms it is crucial that they seek immediate medical advice.

‘In addition, we would be interested in speaking to anyone who has any information regarding the standards at the Hotel Kalofer as they may be able to assist us with our investigations.’

Mr Taylor went on holiday alone on June 10. His wife of 41 years, Nancy Sykes-Taylor, 84, has dementia and is in a care home.

Mr Farrell noticed his step father had a high temperature and was shaking from the cold.

He returned home the following day, but called his step father, who while sounding unwell, had seen his GP and received antibiotics. , as he did each Wednesday.

Mr Farrell called his stepfather on June 22, but noticed he had deteriorated and alerted his son who lived nearby.

Mr Taylor collapsed and was rushed to the Royal Calderdale Hospital where he remained in intensive care for 25 days.

His condition improved slightly before he died on July 17. 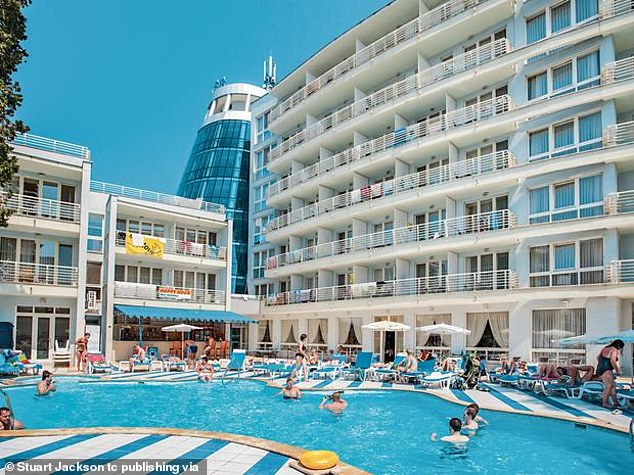 Mr Farrell and Mr Cowan  were both staying at the Hotel Kalofer on Sunny Beach, BulgariaTour operators Jet 2 said independent tests did not find evidence of Legionnaires Disease at the hotel, although they are not taking bookings for the remainder of this summer or for summer 2020

Mr Farrell said: ‘Brian was very independent; he loved bowling and walking to and from the local club every Saturday. He loved mum dearly and would go and visit her every day. There was nothing that would stop him from visiting. On the Friday he got the car out of the garage to go visit mum but couldn’t go as he was so unwell.

‘Before his holiday he was fighting fit but when I saw him on the Wednesday after he got back he looked awful. He was shaking and had a temperature and he didn’t talk much about his holiday.’

Mr Farrell, of Chesterfield, added: ‘When he collapsed and was admitted to hospital we couldn’t believe it. He had to be sedated and it was awful to see him like that in the intensive care unit.

‘We thought he was turning a corner at one point but then the unimaginable happened. It was a complete shock to us all.’

Mr Taylor’s stepdaughter Lorraine Williams, 54, added: ‘We cannot believe what has happened. One minute Brian was going on holiday and then the next he had passed.

‘Brian was a wonderful man who would do anything for his family. We are heartbroken at how he died and the fact that he never got to say goodbye to mum.

‘We cannot thank the hospital staff enough for the care they gave Brian. However, we have so many concerns about what happened on his holiday and if more should have done to prevent his illness.

‘We couldn’t believe it when we were told that others who stayed at the same hotel had also tested positive for Legionnaires.

‘Nothing can make up for Brian’s death but we need to know what happened.’

Irwin Mitchell are also representing a second man who stayed at Hotel Kalofer with his wife between June 4 and 11.

He was admitted to hospital upon his return to the UK and placed in an induced coma having been diagnosed with Legionnaires’ disease, pneumonia, and sepsis.

He has since been released from hospital but is facing a long recovery period.

A spokesman for Jet2 said: ‘Sadly, we can confirm that two customers recently passed away shortly after returning to the UK from holiday in Bulgaria.

‘We would like to offer our heartfelt condolences to their families at this very difficult time, and we have been in constant contact to offer all the assistance and support that we can.

‘The health and safety of our customers is our absolute priority.

‘In response, and to support our investigation, two independent specialists were instructed to take samples from the hotel and a UKAS accredited laboratory conducted testing of the water samples for any contamination.

‘The results of all their tests were negative.

‘We will continue to assist the local authorities in their investigations as required.

‘Despite these results we have taken further precautionary measures, like other UK tour operators at the hotel.

‘We have transferred all customers and all bookings for this summer to other hotels, and we have also put a stop on sales to the affected hotel for Summer 19 and Summer 20.’