A British tourist who was raped by at a luxury hotel in Sri Lanka today has been denied compensation by the Court of Appeal.

The woman was on holiday with her husband at Sri Lanka’s Club Bentota Hotel when she was attacked by the uniformed hotel employee.

She described how the man lured her into an engineering room in the hotel’s grounds and held her by the throat as he assaulted her.

The woman, who is in her 30s and from Glasgow, was diagnosed with a sexually transmitted infection after her return to the UK.

After she discovered she was pregnant, she had to undergo checks to ensure that the child was her husband’s and not the rapist’s.

She sued tour giants, Kuoni Travel Ltd, through which she booked the 2010 package tour to one of the island’s most prestigious resorts.

But now senior judges in London have ruled that neither Kuoni nor the hotel could be blamed for the electrician’s crime.

The Master of the Rolls, Sir Terence Etherton, said the attacker was of previous good character and no similar complaints had been made against him.

The hotel had taken up his references before employing him and neither Club Bentota nor Kuoni could have predicted the sex attack.

Neither of them ‘could have foreseen or forestalled’ what he did to the tourist after offering to show her a short cut to the hotel’s reception.

Describing her ordeal, the woman said she had packed a suitcase and left her hotel room after having an early hours row with her husband.

On her way to reception, she was accosted by the electrician who had earlier asked the couple for a drink and a cigarette.

He offered to guide her on a faster route to reception through the grounds, but instead lured her to the engineering room.

There, he tried to grab her bag before tightening his hands round her throat and forcing himself on her. 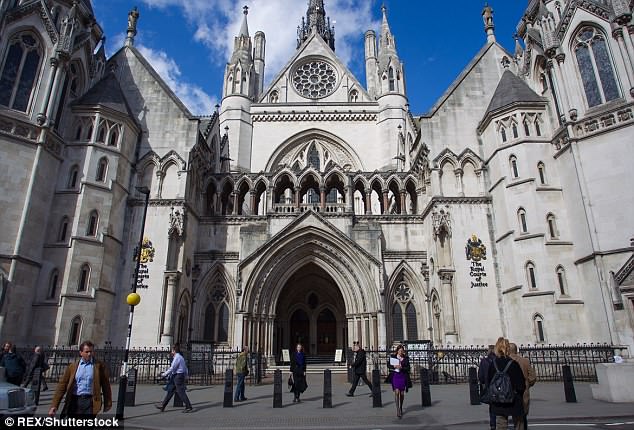 The Court of Appeal reached its decision by a majority, with one of the three judges saying that he would have upheld the woman’s appeal

Claiming £29,000 damages on her behalf, the woman’s lawyers argued Kuoni should be held liable under package tour regulations.

But Sir Terence said the travel company had ‘no direct relationship’ with the attacker, who was a hotel employee.

And the hotel had no reason to suppose from his past history that he might rape one of the guests.

Sir Terence concluded: ‘Although we have great sympathy for Mrs X in relation to her ordeal and its consequences… we would dismiss this appeal.

The Court of Appeal reached its decision by a majority, with one of the three judges saying that he would have upheld the woman’s appeal.