Edward Enninful has denied criticism of Meghan Markle was racist as he suggested it ‘took a minute’ for the Duchess to ‘understand the rules’ of the royal institution.

The editor-in-chief of British Vogue, 47, and the Duchess of Sussex, 39, collaborated on September 2019’s special ‘Forces for Change’ edition, which featured a grid of 15 ‘incredible’ women on the cover with articles commissioned by the royal inside.

Speaking in an interview with Sky News, Edward said he wouldn’t put criticism of the royal ‘down to racism’, explaining: ‘The Duchess of Sussex is a brave woman. I feel that it wasn’t. Parts of it were probably racism, but it was more of an institution.’

He added that while criticism was ‘harsh’, he ‘wouldn’t just blame it on racism’, saying: ‘She walked into an institution and everyone expected her to know the rules. And I think sometimes it takes a minute to understand the rules.’

British Vogue Editor Edward Enninful, 47, has denied criticism of the Duchess of Sussex, 39, was racism as he said it ‘sometimes takes a minute to understand the rules’ of an institution

Edward went on to say: ‘She did get a very unfair treatment, I thought.’

Last month, Edward won both Editor of The Year and Diversity Initiative of the Year at the Professional Publishers Association (PPA) Awards for the ‘Forces for Change’ edition which was guest-edited by Meghan.

Meghan selected 15 ‘trailblazers’ and ‘changemakers’ to appear on her front cover.

The line-up of women she admires included celebrities, politicians and activists known for championing issues such as diversity, body positivity, transgender rights and climate change. 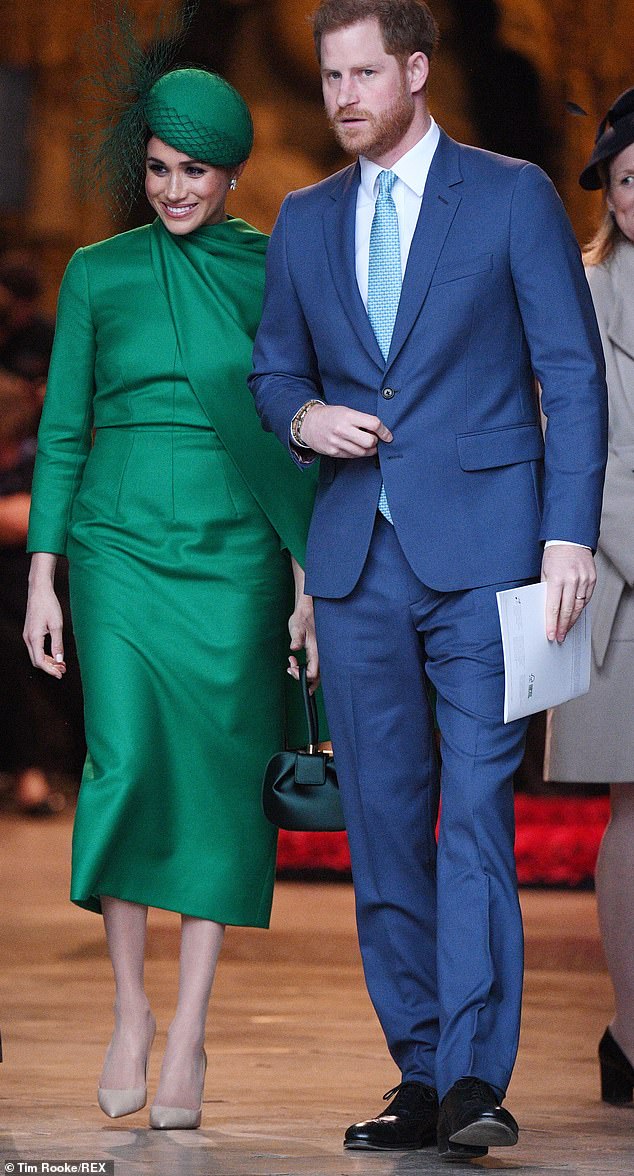 Edward, who worked with Meghan Markle on the September 2019 Forces For Change issue, said the Duchess had received ‘unfair treatment’

Meghan, who is currently living in Tyler Perry’s $18 million mansion in LA, responded to the magazine’s award last month.

She revealed she had wanted the issue of Vogue that she guest edited to ‘reflect the world as we see it – beautiful and strong in its diversity’.

She said: ‘I’m honoured to have this very special issue recognised. 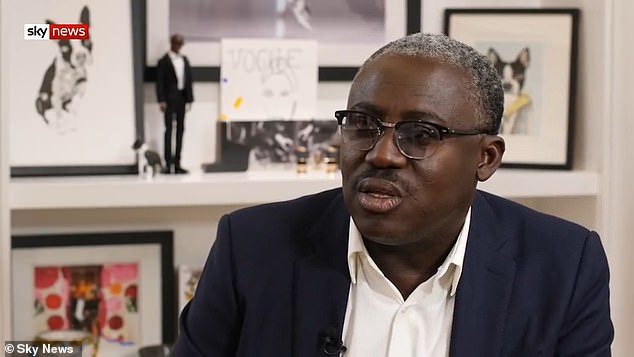 During the interview, Edward said that while the criticism of the Duchess had been ‘harsh’, he ‘wouldn’t just blame it on racism’ 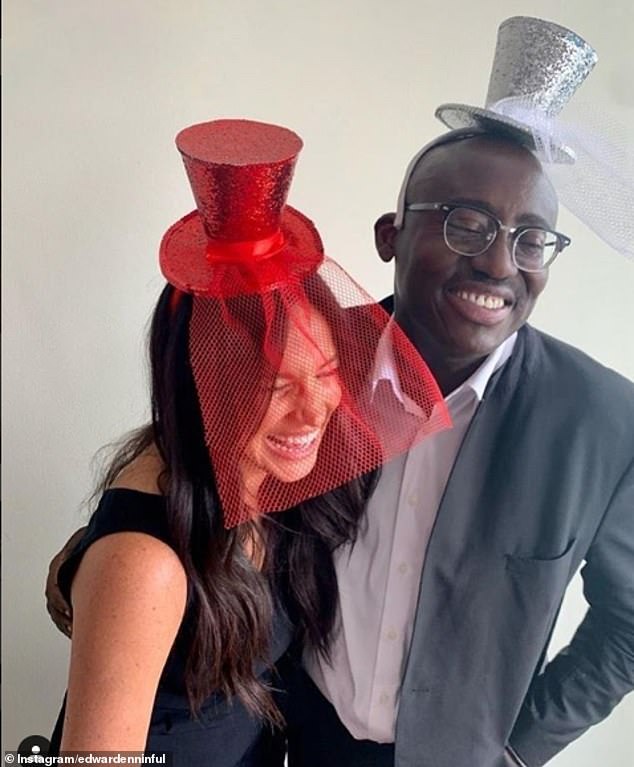 Edward previously named Meghan’s Forces For Change cover one of his favourite of all time at the magazine (pictured, Edward with the Duchess of Sussex)

‘Creating Forces for Change with Edward was an opportunity to have the September issue of Vogue reflect the world as we see it – beautiful and strong in its diversity.’

And Edward spoke of the success of the issue earlier this year, branding the Duchess of Sussex’s Forces For Change initiative ‘not a moment, but a movement.’

He described the response to the September edition, which was released on August 2, as ‘phenomenal,’ before declaring the idea would be continued in every issue.

Meghan’s role as guest editor represents one of the most radical moves in Vogue’s 100-year history, with the magazine saying it considers the new September issue to be its most important edition of its year. 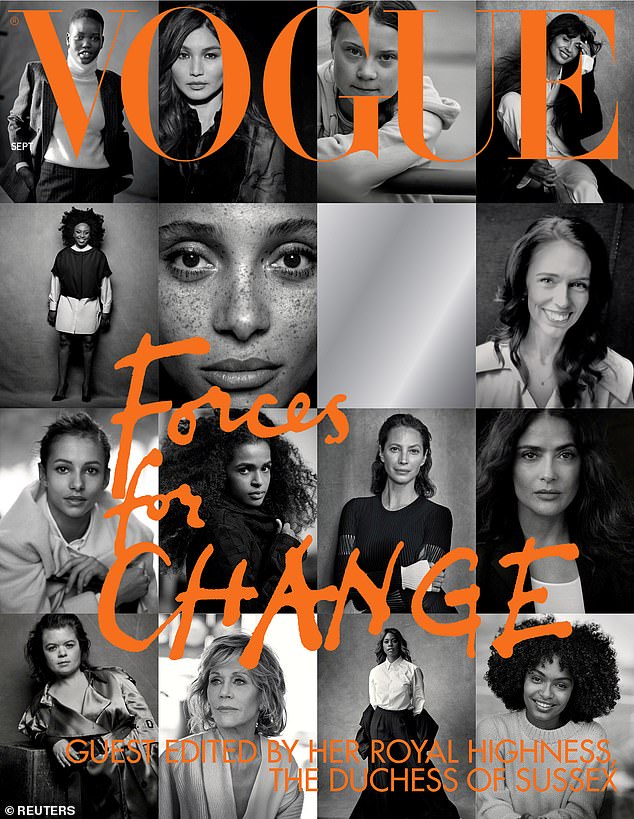 Edward has now previously revealed how working with the Duchess was ‘a special time in his editorship’, explaining how he and the team worked tirelesssly on the project for nine months with the royal.

Speaking to Vogue, he revealed how the team were ‘exhausted’ throughout production, adding: ‘The energy and team spirit within the Vogue team during that nine-month period was incredible.’

Production took nine months, with Edward saying he was ‘blown away’ by the success of the magazine when it was launched in September.

He said the team were ‘so close’ to the magazine that they could only fully appreciate the project and it’s power after the issue came out.