A British woman accused of ‘crying rape’ is to stand trial in Cyprus after pleading not guilty to falsely accusing 12 Israeli men of attacking her.

The 19-year-old – who MailOnline is choosing not to name – glanced over at her father as she entered her plea having spent over a month in jail.

She was granted bail of 5,000 euros but told she will be placed on a ‘no fly list’ and has to surrender her passport to the court.

The alleged rape victim will also have to report three times a week to a police station as part of the bail conditions.

Her father, who sat in the public gallery, agreed to to be a guarantor of an additional £15,000 surety as part of the conditions set by the court in Famagusta. 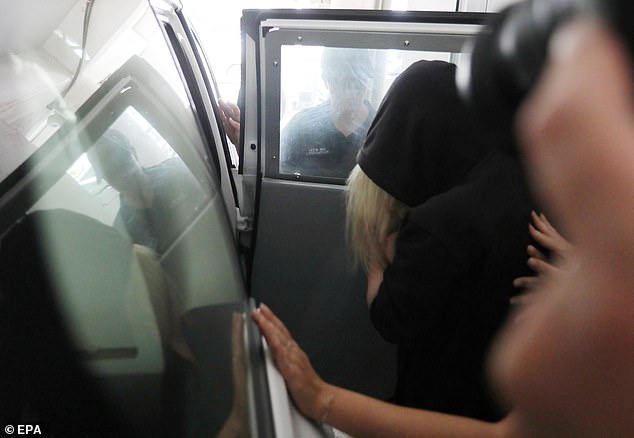 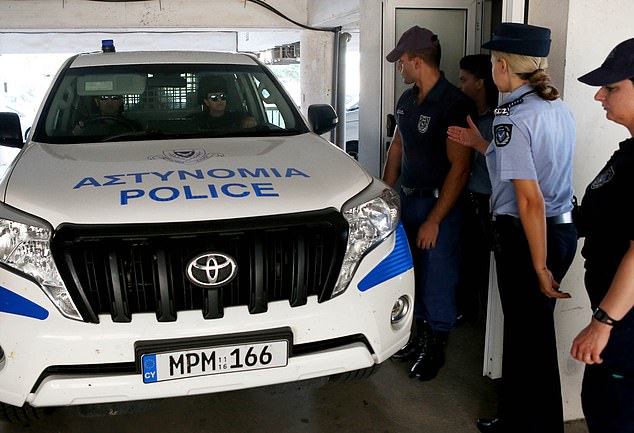 The woman was immediately freed and allowed to leave the court with her father. He declined to make any comment.

She faces up to a year in jail after being charged with public mischief following the retraction of her claim that she was the victim of a gang rape last month.

Police initially arrested 12 Israelis aged from 15 -18 after the woman claimed the sex assault took place at a budget hotel in the party resort of Ayia Napa.

Five of the suspects were released after a week in custody and the remaining seven allowed to return home when the woman suddenly withdrew her allegation.

Three of the men claimed they had consensual sex with the teen who was working in the Ayia Napa resort handing out fliers at nightclubs. 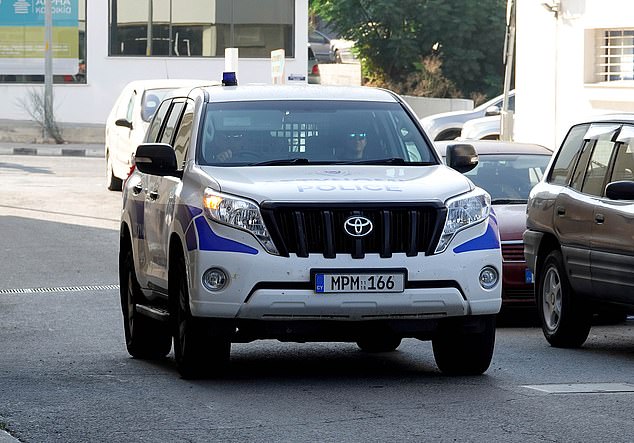 The woman was granted bail of £5,000 Euros but told she will be placed on a ‘no fly list’ and has to surrender her passport to the court. Pictured: The teenager being driven into court

One of those accused was able to prove he was in bed with another girl when the alleged gang rape took place.

After the suspects had been released the campaigning group Justice Abroad claimed the alleged victim had been bullied into withdrawing her statement and threatened with arrest if she failed to comply.

It led to her Cyprus lawyer resigning and a legal team from the UK led by Lewis Power QC being appointed to represent her in court.

Mr Power was at the court today but did not take part and listened to the proceedings in Greek through an interpreter. 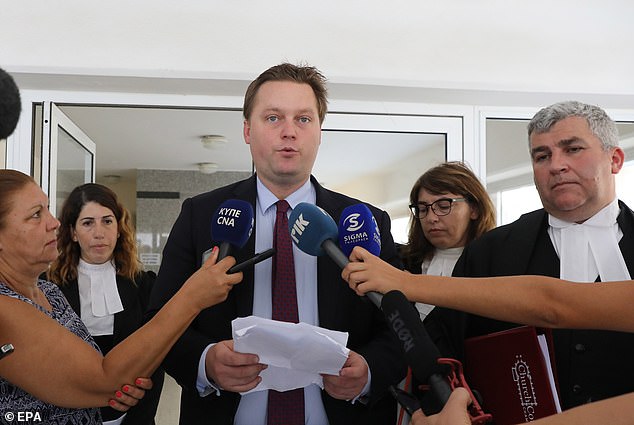 Lawyer of the legal aid group Justice Abroad Michael Polak (pictured centre) makes statements to the press outside the Famagusta courthouse, while standing next to Lewis Power QC 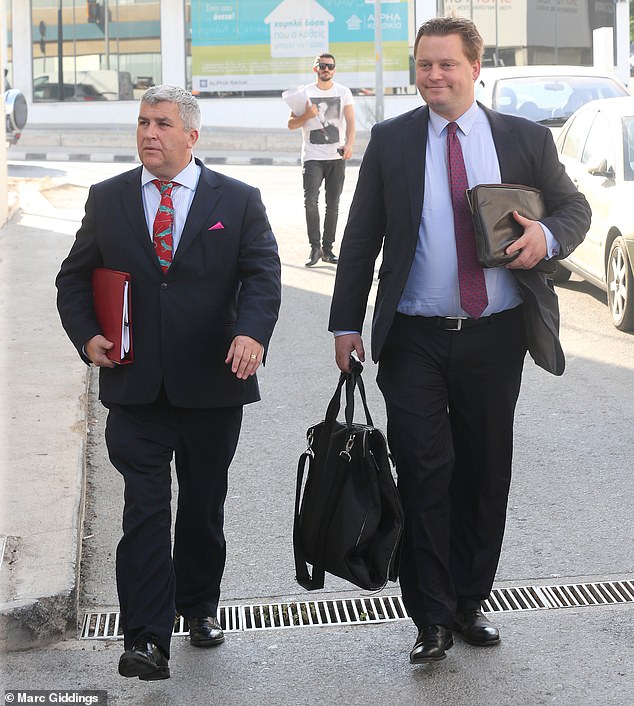 He has been appointed by the Justice Abroad group to represent her in the upcoming trial and has been given permission by the Cyprus Attorney General to appear before the court.

The woman’s family launched a crowd funding campaign to pay his legal fees and raised more than £20,000 in a matter of weeks.

One of the biggest single donations of more than £8,000 came from an Israeli man living in Florida.

Speaking after the hearing, solicitor Michael Polak from Justice Abroad said: ‘The teenager’s case is that she has not lied about being raped and that oppression was used by the Cypriot Police in order to get her to retract her rape allegations and that the purported retraction statement is unreliable.’

Before the woman’s trial begins her legal team plan to try and have the main piece of evidence withdrawn.

A legal process known as a ‘trial within a trial’ will take place where the strength of the prosecution’s evidence will be tested before a judge.

They aim to have her confession withdrawing the rape allegation thrown out as it is unreliable. 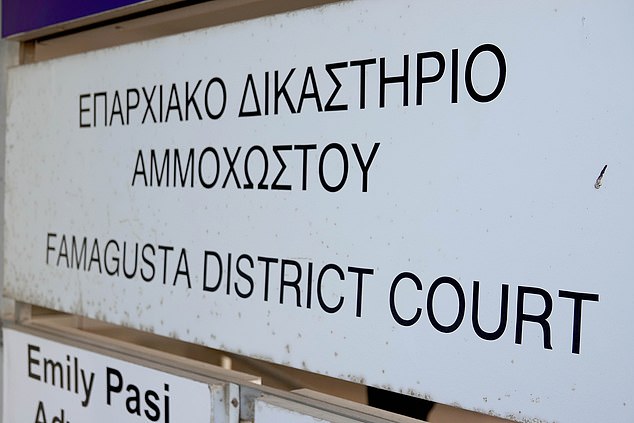 Famagusta courthouse. Before the woman’s trial begins her legal team plan to try and have the main piece of evidence withdrawn

Speaking on the steps of the courtroom Mr Polak, flanked by Lewis Power, said: ‘The matter has now been set for a voire dire, a procedure which involves a trial within a trial to test the reliability of evidence upon which the Prosecution seeks to rely.

‘This will involve the Prosecution having to prove that the retraction statement was not obtained through oppression nor circumstances which were likely to have made it unreliable to the criminal standard, beyond reasonable doubt, and if they are unable to do so, that evidence being excluded from the trial.

‘The case will then proceed to trial whereby the Prosecution will be required to prove that the teenager lied about being raped, again to the standard of beyond reasonable doubt.

‘The teenager’s defence team will be submitting to the Court that the evidence does not show this and to the contrary that the evidence, when considered alongside the behaviour of the Israeli youths both in Cyprus and upon their return to Israel at Ben Gurion Airport, tends to show the opposite.

‘The teenager’s legal team intend to make written submissions to the Attorney General of Cyprus to discontinue this case against the teenager after considering the facts as set out above before the matter comes to trial.’

A representative from the British Embassy in Nicosia was in court for the proceedings.