A British woman who slapped an Indonesian immigration officer in a row over her visa has been jailed for six months.

Auj-e Taqaddas launched a foul-mouthed rant and attacked the officer after being hit with a $4,000 (£3,100) fine at a Bali airport last year, in a tantrum which went viral online.

The 43-year-old had missed her Jetstar flight to Singapore after Indonesian officials accused her of overstaying her visa by 160 days.

She has now been sentenced to six months in prison after she was charged with violent behaviour against a government official.

As she was led away by authorities she threw another tantrum and appeared to strike at an officer again as she was taken into a car.

Auj-e Taqaddas is led away by investigators today after her trial in Bali, where she was sentenced to six months in prison for attacking an immigration officer 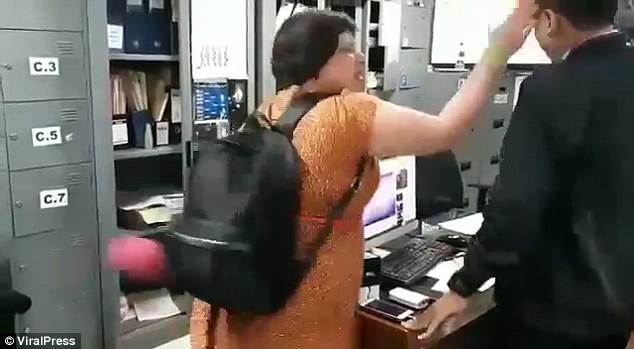 Guilty: Auj-e Taqaddas, pictured during the row at a Bali airport last year, has been jailed for six months for slapping an Indonesian immigration officer

During the trial, which began in December, Taqaddas – who denied the charges –  said the video had been edited.

After being sentenced in Denpasar District Court, Taqaddas said the court was corrupt and she had been tortured by police three times including on Wednesday.

She was arrested before the trial in a shopping mall after failing to appear in court several times.

‘This is a sham court who was only listening to the dirty prosecutor who did not bring me to the court for six months,’ she said.

The row erupted at Bali’s Ngurah Rai International Airport last July when Taqaddas was pulled aside during immigration checks. 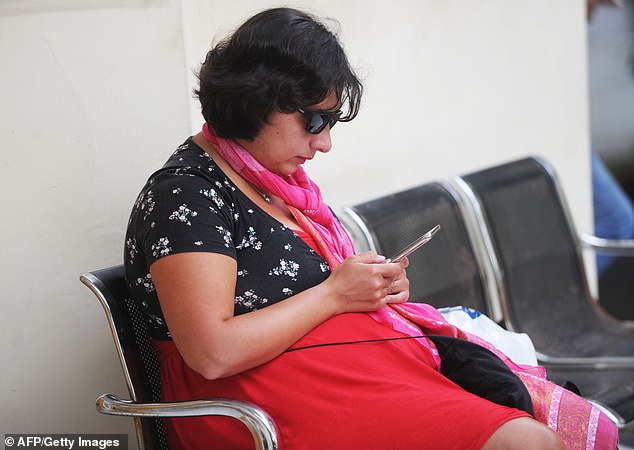 Accused: British tourist Auj-e Taqaddas looks at her mobile phone today before her trial at a court in Denpasar, where she was jailed for six months for the viral tantrum 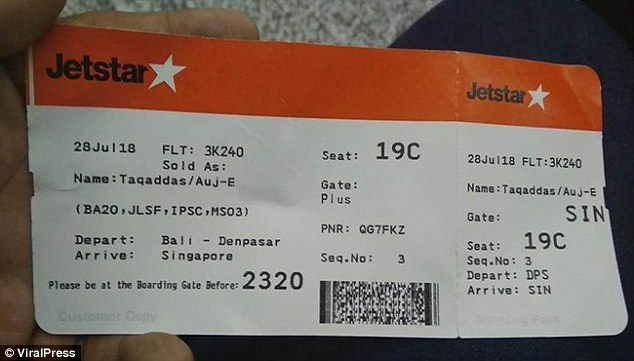 Ticket: After receiving her Jetstar boarding pass (pictured) the British traveller was pulled aside during her immigration checks 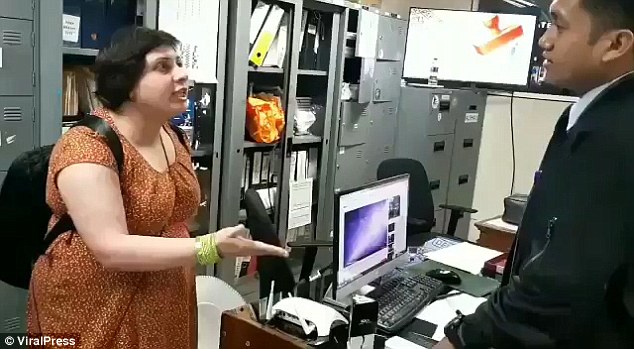 Row: The video, which went viral in the aftermath of the incident in Indonesia last year, shows Taqaddas pinning the blame on immigration for making her miss the flight

After receiving her boarding pass officers noticed her month-long visa had expired on February 18.

In a fit of rage the foul-mouthed traveller was caught on camera abusing the guard and striking him in the face.

‘She pretended not know that she had overstayed. But people who visit a country to travel know they have a period of stay. She had overstayed since February,’ said an immigration official at the time.

‘She slapped the officer, who is a respected guard.

‘She touched immigration, which means touching representatives of the nation. So we reported it to the police.’ 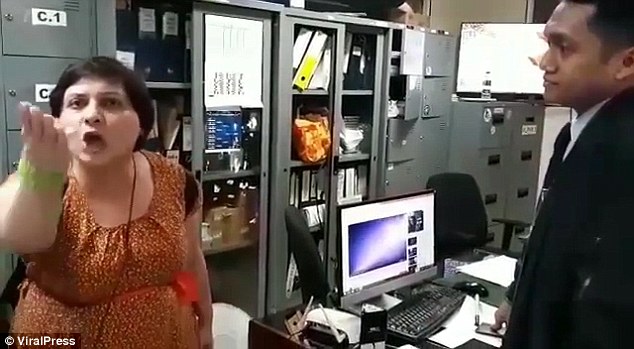 Frustrated passenger: Auj-e Taqaddas arrived at the Ngurah Rai International Airport in Bali, Indonesia and was travelling to Singapore