Activist and writer Yassmin Abdel-Magied has received a furious letter from a British woman urging her to leave the UK over her comments on the Union Jack flag.

Ms Abdel-Magied took to Twitter to show off the physical letter she was sent, outlining why her comments about the British flag were ‘very offensive’.

The letter was in response to Ms Abdel-Magied’s remarks about the Queen’s Platinum Jubilee celebration.

As the monarch celebrated her 70th year on the throne, the activist said the presence of so many Union Jack flags in her adopted homeland was like a ‘waking nightmare’.

In the letter sent to Ms Abdel-Magied, the ‘very offended indigenous British woman’ accused the activist of being an ‘engineer of social discord and division’.

‘This country, that you insult, has given you a home and opportunities and the freedom to sprout your disgusting comments – which I found very offensive,’ the letter read.

She then asked the activist, if she was so offended by the presence of British flags, why she wouldn’t move.

‘Please, don’t let us stop you, I’m sure your fellow countrymen/women would love you to return there and support them,’ the letter read.

‘Freedom of speech? Don’t let the door hit your a**e on the way out. Bit like Australia huh?’

Ms Abdel-Magied shared the letter on social media with a bunch of laughing face emojis.

‘Not an offended Brit sending me a strongly worded letter because she didn’t like one of my tweets. A literal physical letter y’all,’ she wrote.

Ms Abdel-Magied was hit by a wave of criticism after she dragged the Queen’s Jubilee celebration.

‘Dude no. Bunting is a lovely, lovely British tradition. Once you’ve done a few more winters & non-summers you will – as I did when I lived there – long for a bright bit of fabric waving sadly in the drizzle,’ one wrote.

While another said: ‘If you don’t like it move out but dont come back to Australia. I hear you are giving up your Australian citizenship, great news.’

A third commented: ‘Why do you feel some flags are like ‘a waking nightmare’?’ 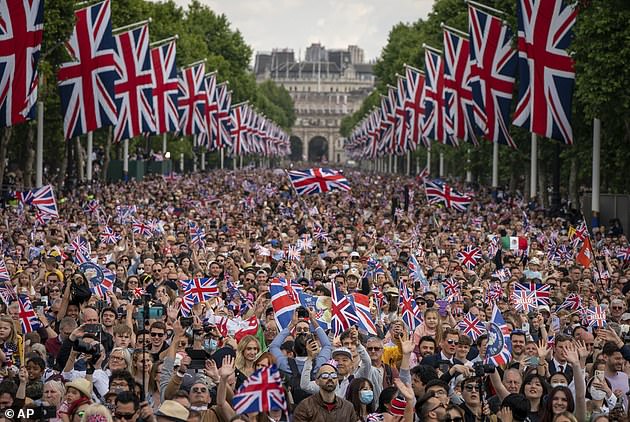 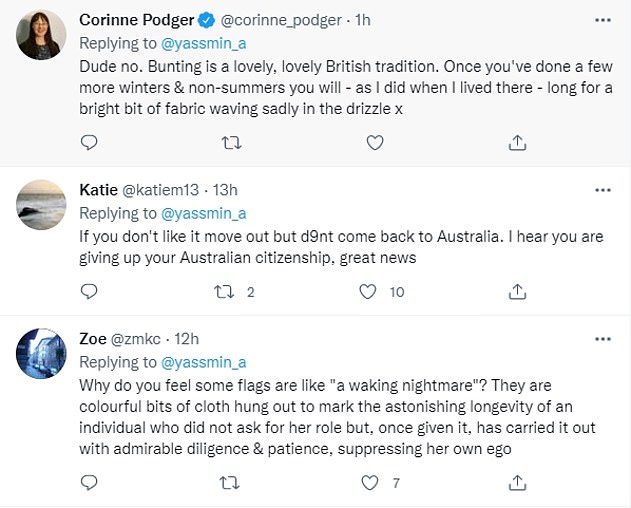 Furious commenters fired back at Abdel-Magied’s remark, with some telling her to ‘go back to Australia’

The ex-ABC personality moved to Australia from Sudan when she was 18 months old but left for England in 2017 after causing outrage with a social media post about Anzac Day which read: ‘Lest. We. Forget. (Manus, Nauru, Syria, Palestine)’ on April 25.

Ms Abdel-Magied last month released a new book titled ‘Talking about a revolution’, which is a collection of new and revisited essays on resistance, transformation and revolution.

Her book also speaks on the concept of identity from a migrant by ancestry, and by choice.