British women have been ranked among the heaviest female drinkers in the world.

A global alcohol league table showed they drink around 30g of alcohol a day – or three standard drinks.

The findings, published in the Lancet, were part of the most comprehensive global study on alcohol to date.

The researchers claimed there is ‘no safe level’ for drinking – and that even one drink a day increases risk of ill health. 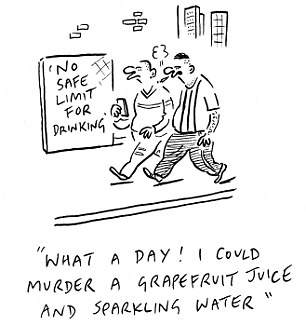 The team behind the study claimed their findings should lead public health bodies ‘to consider recommendations for abstention’.

Experts believe that the trend for going out clubbing in the Eighties and Nineties has led to British ‘ladettes’ being ranked so highly for alcohol consumption – as they have not changed their drinking habits.

The researchers’ claims of the impact of drinking on health were ridiculed last night.

For every 100,000 people who drink a bottle of beer or small glass of wine daily, just four more people develop health problems each year than if all 100,000 remain teetotal, the research showed.

But the study, led by the University of Washington, said: ‘Any health benefits of alcohol are outweighed by adverse effects.’

The numbers rapidly increase for heavier drinkers, but critics last night said the statistics go to the heart of the public debate around moderate drinking.

David Spiegelhalter, professor for the public understanding of risk at the University of Cambridge, said: ‘Claiming there is no ‘safe’ level does not seem an argument for abstention. 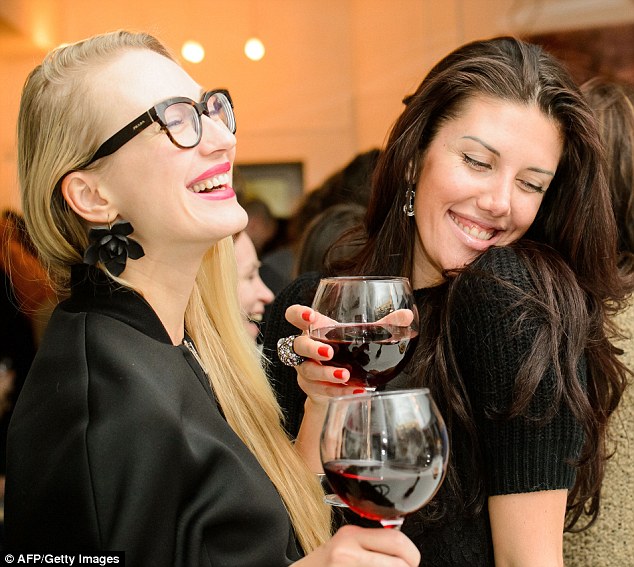 There is no safe level of driving, but the Government do not recommend that people avoid driving.

‘Come to think of it, there is no safe level of living, but nobody would recommend abstention.’

Professor Spiegelhalter said the impact was so low that it would take 25,000 people drinking 400,000 bottles of gin before a single extra health problem emerged.

‘Presumably people who choose to drink alcohol moderately get some pleasure from it, and any risk needs to be traded off against this enjoyment,’ he said.

He added that the study – which gathered data from 28million people in 195 countries over 26 years – also cast doubt on UK official guidelines.

Drinking limits were cut in 2016 for men from 21 units to 14 units a week – bringing them in line with the guidelines for women.

But the new study found for every 100,000 people who consumed two drinks a day, there would be an extra 63 cases of ill health a year.

Professor Spiegelhalter said: ‘This analysis seems to strongly support the idea of the current UK guidelines being described as very low-risk.’

Above the two-drink level, the risks start to rise rapidly. For those who consume five small glasses of wine a day, 1,252 people in 100,000 a year suffer health problems – 37 per cent more than among teetotallers.

The researchers calculated alcohol is linked to 2.8million deaths a year around the world.