Millions of women are putting their lives at risk because they are too embarrassed to be tested for cervical cancer.

The cervical screening uptake in Britain is at an all-time low, with research suggesting issues of ‘body consciousness’ are keeping women away.

A decade after reality TV star Jade Goody died at the age of 27 – prompting a huge increase in testing attendance – the impact of her death has faded, charities say.

Screening attendance has fallen to just 71 per cent, with 5 million women currently overdue for testing.

Alice Hyde thought cancer would never happen to her.

For six years, the civil servant ignored letters inviting her for cervical cancer testing, and it was not until she was prompted by the diagnosis of a friend’s sister that she went for her first appointment last August.

Tragically, within a month of her test, she received the news that she had cervical cancer.

For six years, Alice Hyde (pictured) ignored letters inviting her for cervical cancer testing, only going after the diagnosis of a friend’s sister

Miss Hyde, from Portsmouth, said: ‘I had waited until I was 31 to have my first smear test – I was worried it would hurt and just never thought cancer would happen to me. Now I kick myself on a daily basis for ignoring the reminder letters – I wish I’d listened.’

Miss Hyde underwent surgery, which successfully removed the tumour, but she is being closely monitored to see whether the cancer has spread.

‘They are concerned that maybe microscopic amounts have spread, which could happen with any cancer,’ she said. ‘So I have to go in three times a year for an MRI scan.’

Miss Hyde added: ‘My message to all women is just go for your test – it could save your life. It may be embarrassing to you, but it’s not to the nurse and it doesn’t hurt at all.

‘Hearing you have cancer is the most terrifying thing you can imagine. Hearing my dad ask why it had to be me and not him was heartbreaking. Cancer doesn’t discriminate, it could happen to you – don’t put off your smear tests.’

About 3,200 British women are diagnosed with cervical cancer every year and 1,000 die with the disease annually – but rates are projected to rise by nearly 40 per cent in the next 20 years. Experts say another 2,000 women would be killed by the disease every year without the screening programme.

Health officials are particularly concerned about the under-35s, of whom just 65 per cent took up their latest screening invitation. They are worried that the ‘millennial’ generation is beset by feelings of fear, vulnerability and shame at being examined.

Polling among 2,000 women aged 25 to 35 found that 80 per cent of those who have avoided or delayed testing said they felt ‘body conscious’. Researchers believe body image issues – including a perception of what is ‘normal’ – is being exacerbated by social media and glossy magazines.

It is a worrying echo of the long-known fears that have led men into being too embarrassed to get their prostates checked. As a result, the Daily Mail has campaigned to improve prostate cancer treatment and diagnosis. 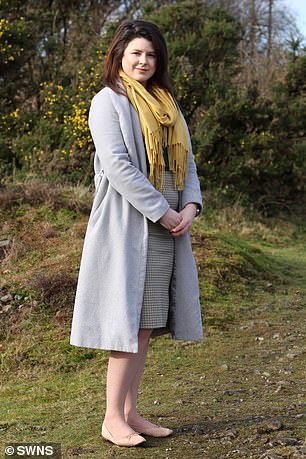 The survey, conducted by Censuswide, also suggested 81 per cent of women felt embarrassed about smear tests, 71 per cent were scared and 67 per cent felt they did not have control over the process.

The spike was particularly pronounced in young women – who were emboldened by the shock of Miss Goody’s death. Ten years on, however, attendance is plummeting. Robert Music, of Jo’s Cervical Cancer Trust, which commissioned the poll, said: ‘We are currently seeing cervical screening attendance at an all-time low. When Jade Goody was diagnosed with cervical cancer in 2008, the publicity and her openness about her own experience, led to an extra 400,000 women attending.

‘Sadly, the Jade Goody effect, as it is known, has long gone and we are seeing attendance decline year on year.’

The polling found 75 per cent of women who delayed or avoided screening felt vulnerable at the thought of being examined.

Some 27 per cent said they did not want to make a fuss and 18 per cent were concerned about being judged.

Mr Music said: ‘Smear tests provide the best protection against cervical cancer so it is really worrying to see attendance continue to fall. In some parts of the UK under one in two young women are taking up their invitation for what is a potentially lifesaving test.

‘Our research has shown embarrassment, fear and not feeling in control are all contributing to the decline in attendance.’

The UK National Screening Committee is considering introducing ‘DIY’ or ‘self-sample’ tests that can be used at home, for women who do not respond to invitations for screening.

A study published last year in the British Medical Journal found the tests – which are sent through the post – were nearly as accurate as those done in a clinic. Mr Music said: ‘Our research has again highlighted the urgent need for making the programme more patient-focused and we want to see self-sampling being made available as soon as possible. 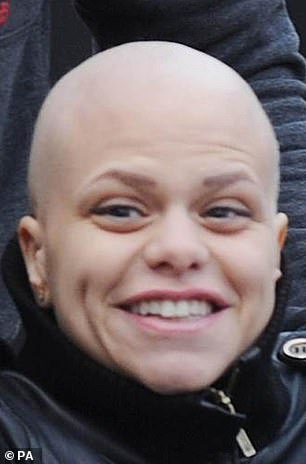 A decade after reality TV star Jade Goody died at the age of 27 (pictured) – prompting a huge increase in testing attendance – the impact of her death has faded, charities say

‘It’s vital women have more control, otherwise we will see attendance continue to fall and diagnoses of this often-preventable cancer increase.’

Dr Philippa Kaye, a London GP who specialises in women’s health, said: ‘Across the UK nurses and doctors take millions of smear tests every year.

‘We honestly don’t think about what you’re wearing, what you look like, whether or not you’ve shaved – we just want to offer the best test we can to as many women as possible.

‘We’ve seen and heard it all before and want to put your mind at ease if you have questions or concerns. Ask the things you want to know and remember you can say “stop” any time – it’s your test.’

The NHS cervical screening programme invites women aged 25 and 49 for testing every three years, and every five years for those aged 50 to 64. Some 4.95 million out of 17.6 million women are now overdue because have not been tested for either three years or five years, depending on their age, NHS Digital figures show.

Screening aims to spot pre-cancerous cells which can be treated before they develop into tumours that can spread throughout the body. This involves taking a sample of cells from the neck of the womb to look for abnormalities.