Zoo staff who shot dead a member of an endangered species due to a keeper’s negligence have been slammed by animal lovers.

Snow Leopard Margaash, eight, escaped from the compound at Dudley Zoo when it was left open by a member of staff.

The West Midlands enclosure issued a statement saying there was ‘no other option in the interest of public safety’ than to kill the animal.

The snow leopard is an endangered species and there are just 4,000 left in the wild, sparsely spread across 12 countries. 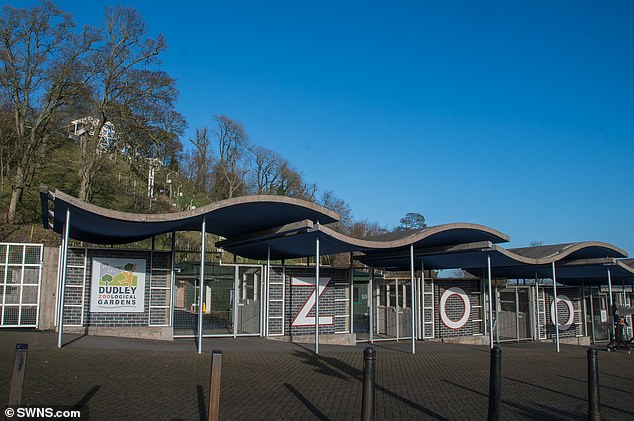 It was found that the door had been left open due to ‘keeper error’ after a disciplinary investigation.

Elisa Allen, Director of People for the Ethical Treatment of Animals (PETA) said: ‘Snow leopards, like all animals – humans included – want to be free.

‘When animals who have been imprisoned, like Margaash, see an opportunity to escape their dreary lives, they often take it.

‘Sadly, these acts of self-liberation are often their last, as many once-captive animals who attempt to follow their natural instincts are killed.

‘Zoos are in the business of misery and death – from taking wild animals from their homelands and disrupting their familial bonds to subjecting them to totally unnatural living conditions. 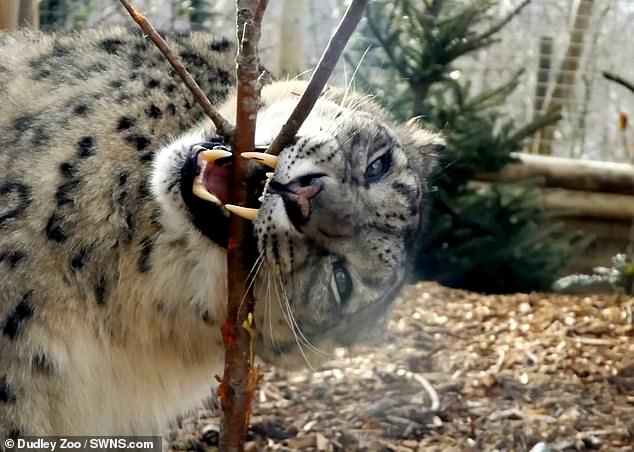 ‘Holding them captive is one tragedy that often leads to another – and the days of facilities that charge people to see depressed and deprived animals behind bars are numbered.’

The zoo said they had ‘no other option in the interest of public safety’ after efforts to persuade the animal to return to his enclosure failed and said he did not suffer.

Animal lovers reacted with anger after the zoo announced they had shot dead the escaped snow leopard.

Dozens of people bombarded the attraction’s social media accounts with furious messages dismayed at the decision to kill Margaash instead of trying to sedate him. 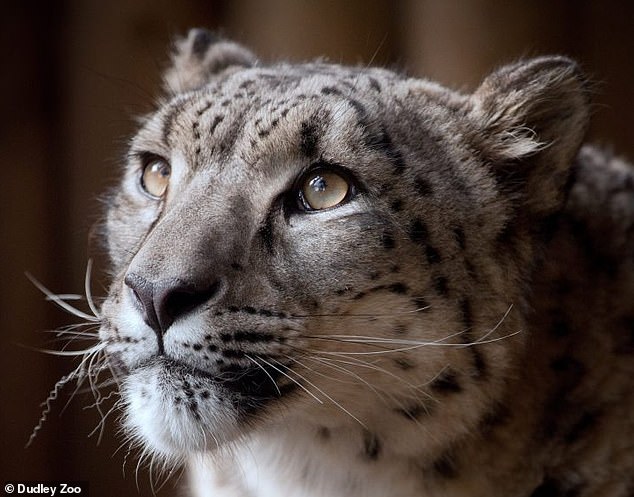 The eight-year-old was killed, leaving staff ‘heartbroken’ and an investigation found the leopard only broke free due to keeper error

Sarah Campbell said: ‘Shame on you Dudley zoo vet ! disgusting u had the chance to tranquilliser pfft rip beautiful leopard.’

Marc James Mattinson added: ‘No visitors as he escaped after the zoo was closed, why the hell didn’t you tranq him instead of killing him?’

Alison McNally Cliff said: ‘I hate the zoo’s for this…..what quality of life did he have anyway, he should of been running free in the wild…. and now due to HUMAN error he’s dead…. VILE.’

Titch Larson put: ‘Very disappointing action taken by the zoo. A tranquilizer dart should of been used. Useless idiots’.

Dudley Zoo (pictured) caused outrage when it shot the snow leopard, which was part of an endangered species

Kel Lunny Moo wrote: ‘Disgusting why kill it. Why didn’t u just dart it. The zoo was closed and if you’d of followed him till he fell asleep after darting him no one would of been in danger.

‘You are just evil. The animal didn’t deserve to die just becuz one of your idiot staff didn’t close the enclosure prop. I will not be returning to a zoo that thinks it’s ok to kill a defenceless animal.’

How many endangered snow leopards are left?

There are just 4,000 snow leopard left in the wild and they are sparsely distributed across 12 countries.

The animals are currently classed as endangered.

The live from southern Russia down to the Tibetan plateau, including Mongolia, China, Afghanistan, Pakistan, India and Nepal.

Their natural habitat is mountain landscapes higher than 3,000 metres.

But the high Himalayas are warming at three times the global average, affecting their habitat.

And the animals are hunted by poachers for use in traditional Asian medicine.

Michelle Palfreeman said: ‘Poor snow leopard. U should off darted him not kill him. One off my favourite animals. The person who left the door open should be fired!!!!!’

Sadie Jones put: ‘Devastated it wasn’t even his fault and wasn’t given any sort of chance.’

Zoe Durnin said ‘I have to say I am an annual member have been for years and have always fiercely supported you but this bitterly disappoints me!

‘I don’t think it was necessary to kill that poor animal, I may think twice before renewing my membership next year.

‘Let’s hope nothing like this ever happens again and a review of your staff training is already underway!!’

The zoo said Margaash’s escape happened after the zoo had closed and all visitors had left the site before he was shot by a senior member of the firearms team.

A spokesman said: ‘Once keepers saw snow leopard Margaash outside, the animal escape procedure was implemented and managers were notified, while the firearms team managed the incident.

‘At the time and in the subsequent weeks, the zoo’s prime focus has been to fully investigate what happened and carry out a stringent review of all zoo enclosure security. 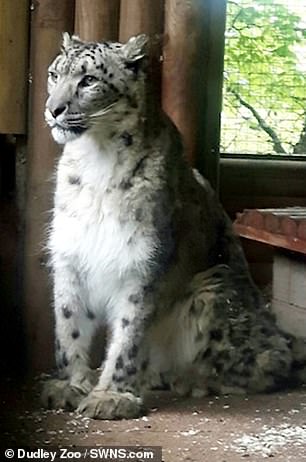 ‘The door to the enclosure was left open through keeper error which has resulted in a disciplinary investigation of those involved.’

Margaash was born at Banham Zoo in Norfolk in May 2010 and came to Dudley Zoo in September 2011, where he lived with our three-year-old female Taïga.

The zoo said visitors who adopted Margaash were told of the incident shortly after it happened and all keepers were informed to be able to explain the extremely difficult circumstances to visitors.

Zoo Director Derek Grove said: ‘This was an incredibly sad incident and our staff are understandably heartbroken.

‘Euthanasia is, and always will be, a last resort. Efforts to persuade Margaash to return to his enclosure failed.

‘As he was close to surrounding woodland and dark was approaching, the vet did not believe a tranquiliser dart was a safe option due to the amount of time the drug takes to work.

‘Safety of the public is always of paramount importance and our staff are highly experienced and rigorously trained.’