Samuel Kinge, 38, from Harlow, appeared in court in Dendermonde, Belgium, this morning alongside three other alleged paedophiles in the country’s largest ever child pornography case.

Pictures and videos of thousands of children from across the world were found stashed in the ring members’ houses.

Some of the other men’s own family were allegedly used to make their vile films – which also featured vulnerable youngsters from India who were promised food and money in exchange for performing sex acts.

Samuel Kinge, 38, from Harlow, appeared in court in Dendermonde, Belgium, this morning alongside three other alleged paedophiles in the country’s largest ever child pornography case 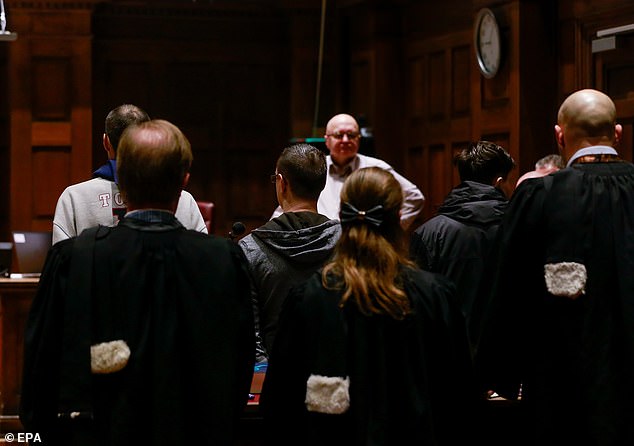 A back view of the bench of the accused in the trial of five men – three Belgians, a Dutchman and a British – accused of being at the heart of a paedophile network in Dendermonde, Belgium 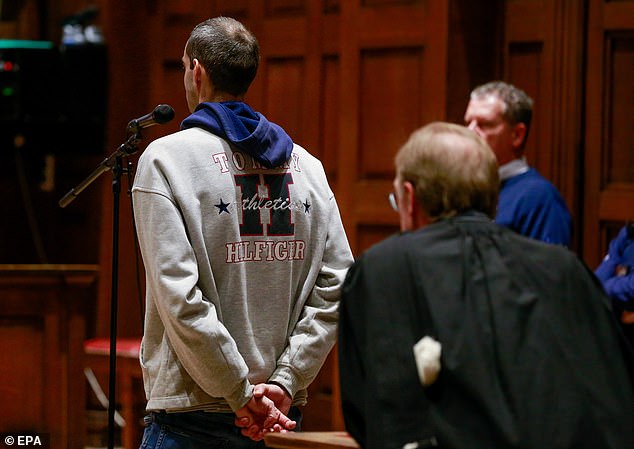 Kinge told the court: ‘I have never wanted to harm anyone, and acknowledge the pain I have caused to the families involved,’ according to Belgian newspaper Het Nieuwsblad.

‘In a sense of loneliness and a search for friendship, I came in contact with peers online. I got trapped by it, and it was hard to get back out.

‘But it was a fantasy, I would never do those things for real. Watching those images helped me deal with pressure and stress, but now I feel great shame.

‘I have tried everything to heal: sports, church, music… But I live with fear. I am therefore prepared for chemical castration.’

Files seized by police detail the horrific log of their ring and throw light on how they would rent out their own children for each other’s sexual pleasure.

The ring would regularly meet in public places for the children to be abused – Niels M brought his children to a playpark and wrote: ‘But whoever wants to play with…  children will have to pay’.

Their taste for underage children was laid bare in chat message where one wrote: ‘I also do everything under the age of six. Favo age around five.’

The men are accused with producing images and videos between 2004 and 2017, before they were finally caught.

In May 2015, Michael T was caught photographing children on Blankenberge, sparking a police raid on his home. 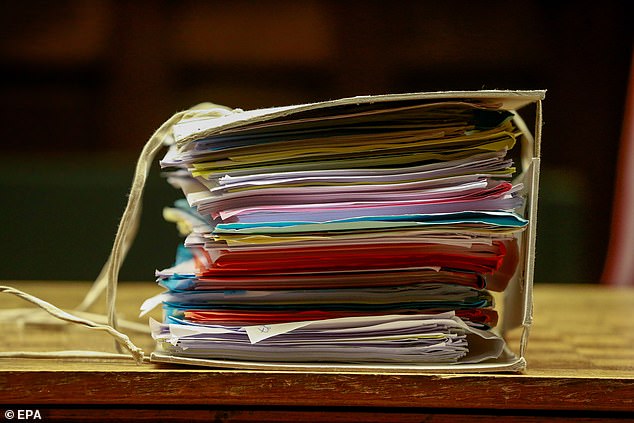 Some of the files found stashed in the suspected paedophiles’ houses, leading to their trial 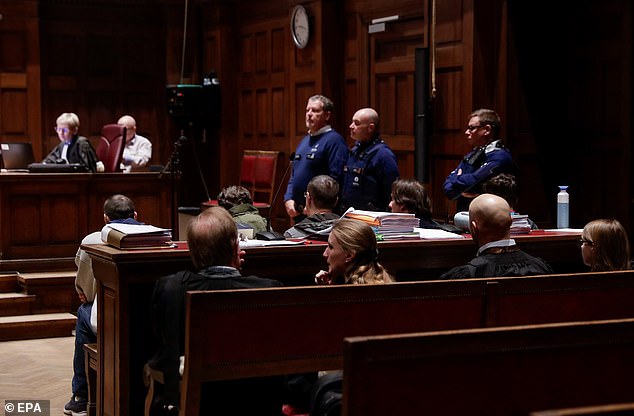 After trawling through the files, Europol were alarmed that so many of the pictures and videos had not been seen in circulation before.

Suspecting they were producing their own, they launched ‘Operation Azrael’ across several European countries which eventually implicated all five men.

Lawyer Kris Luyckx from Child Focus said the men ‘remain dangerous for life’ and ‘have created a manual “How do I abuse children in the most horrible way possible”.’

Niels M today told the court that he had been abused himself but denied touching his own family members.

Lars de R reportedly broke down in tears and sobbed: ‘I knew that what I felt was not right.’

Dimitry D was not present but sent a lawyer to represent him.