An inquest in Bristol heard that Henry Miller, 19, had spent the summer travelling through Colombia in 2014, shortly before he was due to start university

A British backpacker died in Colombia after drinking a hallucinogenic herb at an ancient tribal ritual before his body was dumped on the roadside by the shaman’s panicking son.

An inquest in Bristol heard that Henry Miller, 19, from Kingsdown, Bristol, had spent the summer travelling through Colombia in 2014, shortly before he was due to start university.

Described as a ‘curious young man’ who was interested in Colombian culture, Henry attended two separate tribal rituals during his stay in the country.

The ritual involved drinking a hallucinogenic herb known as yage, or ayahuasca – and the young student had paid 50,000 pesos (£13) to take part in the ceremony.

But Henry’s second experience with the herb ended in tragedy when he quickly fell ill and experience trouble breathing, his inquest heard.

He was rushed to hospital on the back of a motorcycle by the son of the shaman leading the ceremony, it was said.

But when the shaman’s son realised halfway to the hospital that Henry had already died, he panicked. He left the young man’s body on the side of the road, to be discovered by police. 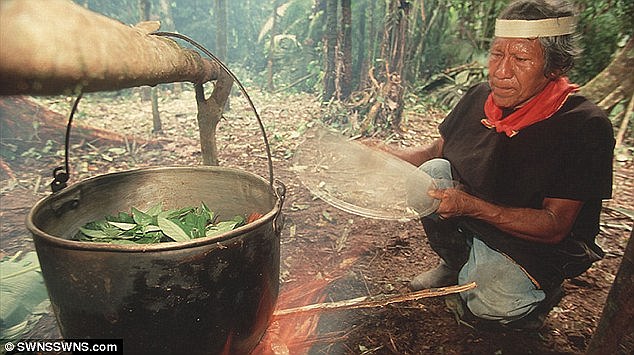 Henry attended two separate tribal rituals during his stay in the country. The ritual involved drinking a hallucinogenic herb known as yage, or ayahuasca – and the young student had paid 50,000 pesos (£13) to take part in the ceremony

She ruled it was caused by intoxication of yage (ayahuasca) and a related drug known as scopolamine.

In a statement read at his inquest, Henry’s father, David Miller, described how his son had worked at Bristol University and at a call centre during his year off, to save money to travel to South America.

David described how Henry was very interested in the South American culture, and had been learning Spanish ahead of his travelling.

Henry travelled to Bogota in Colombia on February 14, 2014, and had been staying in a hostel in the south of Colombia, run by a retired Belgian police officer. 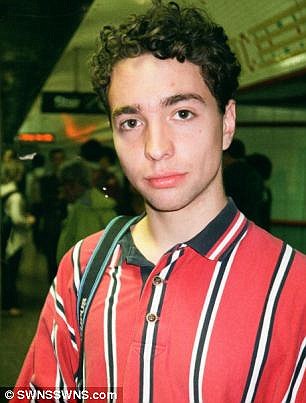 David said the family’s last contact with Henry was on the evening of Tuesday, April 22, 2014, before he set off to attend the tribal ceremony that lead to his death.

He said Henry had told them he had already attended a ceremony at the shaman’s cabin two days previously and had drunk three cups of yage, but had felt nothing.

A fellow traveller named Christopher Deardon, who was travelling with his ex-girlfriend Elena, met Henry on April 18 during his stay at the hostel, and the couple attended both ceremonies with him.

Christopher described Henry as ‘a curious young man’, and noted that the Colombian ceremonies were ‘clearly of interest’ to him.

Christopher said in a statement: ‘Just before Elena and I were due to leave the hostel on April 18, Henry spoke to us for the first time.

‘He asked if we were going to the ceremony and if we were taking yage. It was clearly of interest to him, and he told us he would see us over there if he decided to take part in the ceremony.

‘That night I could hear Henry arrive at the camp and attempt to speak with Mama Concha [the tribe’s liason].

‘A fellow traveller named Ian came up and translated to Henry that there would be no ceremony that night, but I heard Henry pay 50,000 pesos to take part in the next one.’ 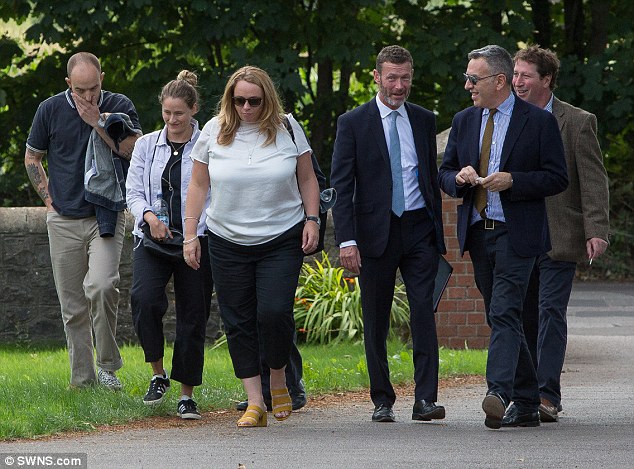 Christopher added that he, Elena and Henry took part in a ceremony the following day.

He said: ‘I was the first one to throw up and have hallucinations. I looked at Elena and Henry but they felt nothing.

‘We had another cup about an hour later, and then spent a while talking, before we decided to go into town to get some food and get to know each other.’

Christopher described Henry as a ‘curious young man’ with a ‘big heart’, and said he was very likeable.

Two nights later, Christopher said that Henry once again showed up on the site for the ceremony, which began at about 10pm and was attended by around 12 tourists.

Christopher said: ‘Before the ceremony began, Mama Concha invited Henry to step up to drink a small cup with herbs, to facilitate his reaction to the yage.

‘None of us knew what this was. Then we all drank our cups.

‘I threw up after about 15 minutes, and when I came back, Henry seemed to be feeling the effects straight away.’ 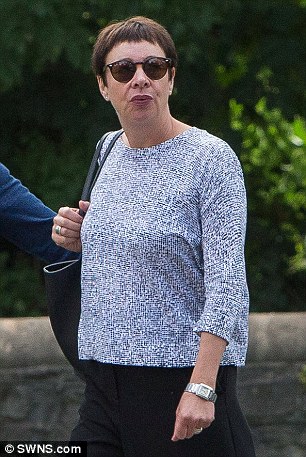 Elisabeth Miller, Henry’s mother, is pictured arriving at his inquest in Bristol

Christopher then described how Henry left to return to the hostel – but the following morning, the police showed up at the camp, asking why they were there and whether they had attended the previous night’s ceremony.

They then informed Christopher and Elena that a boy named Henry had been reported missing.

An indigenous ‘trial’ – or healing ritual – investigating the death of Henry Miller was held on July 13 of this year by the tribe who lead the ceremony that Henry attended.

Emily Brown, Coroner’s Liaison for the Foreign Office, attended the trial in Colombia.

In a statement, she reported that the trial heard Henry was given a single leaf of scopolamine before the ceremony began.

The trial, conducted in the native indigenous language of Comensta, then heard that Henry became unwell, looking very pale and having trouble breathing.

Shaman Guillermo, leading the ceremony, asked his son who had not taken part in the ceremony to take Henry to hospital as his breathing was very slow.

But the indigenous trial heard that the Shaman’s son became worried and panicked on the way to the hospital, fearing Henry had already died.

In a statement, the shaman’s son reported that ‘nerves got the better of him’ and he decided to leave Henry’s body on the side of the road, where he knew someone would find him and call the police.

The Shaman’s son then said he waited nearby until he heard police arrive. He said he knew he had been wrong to do this, but his nerves got the better of him.

The indigenous trial concluded that the tribe had never intended to harm Henry through their medicine, and that the purpose of their community was to welcome and share with foreigners.

The tribe have said they will now create an ethics code advising travellers on how to use yage.

Yage is a psychedelic drink made from leaves and is used by native people in South America for healing and spiritual purposes.

It is also known to cause nausea, diarrhoea and psychological distress.

Concluding the inquest, Senior Coroner Maria Voisin described Henry as a ‘happy and healthy young man’, who had been preparing to study English at the University of Brighton.

She recorded his death as accidental, with the medical cause being that of intoxication of yage and scopolamine taken at a tribal ceremony.

The coroner said: ‘Henry Miller died on April 23, 2014, after being left dead at the side of the road on his way to the hospital as a result of struggling to breathe.’

The coroner thanked Henry’s family for attending the court, and offered her condolences.

Ignatius Hughes QC, representing the Miller family, said the family wanted other travellers to be aware of the dangers of taking part in these tribal ceremonies.

‘Any anxiety generally is that I should alert the court to their concern that other young travellers might benefit from being made aware of the small but real dangers inherent in this perfectly lawful practice,’ he said.

‘We understand from the Foreign and Commonwealth Office that consideration is being given to a standard message to travellers when they visit the FCO website for that part of the world.’