Joe Salisbury’s eighteen-month journey from obscurity to Grand Slam winner is one step away from completion after he reached the Australian Open final.

The 27-year-old from Putney and his American partner Rajeev Ram came back from a break down in their semi-final on Thursday morning to beat Kazakhstan’s Alexander Bublik and Mikhail Kukushkin 4-6 6-3 6-4.

Salisbury was little known until he made the semi-finals at Wimbledon 2018, and his steady trajectory upwards since then saw him and Ram qualify for the eight-team ATP Finals last November.

They will be favourites to win the final as their opposition will be the unseeded Australian pairing of Max Purcell and Luke Saville, who upset fourth seeds Ivan Dodig and Filip Polasek.

Salibsury and Ram managed to subdue the unpredictable Bublik and Kukushkin, who also play singles.

‘It’s almost a bit of relief to get through that,’ said Salisbury, who will now be ranked among the world’s top ten doubles players, moving ahead of Jamie Murray. 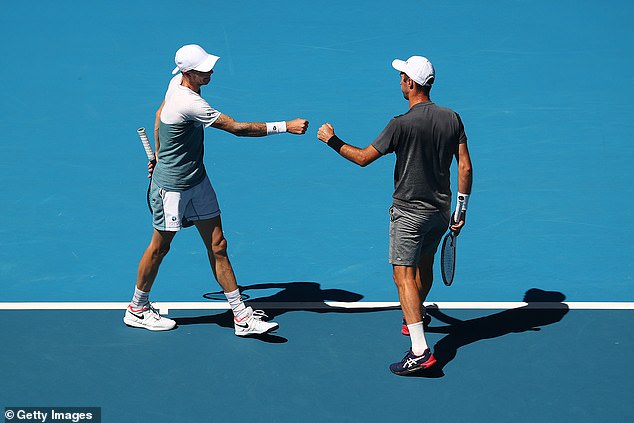 ‘Even though it was our first Grand Slam semi-final together, we were probably favourites going into the match and it wasn’t the highest quality tennis throughout. It was a bit up and down, we came from a set down, and then break down in the third.

‘We had to fight hard. We weren’t playing out best, but we stayed together as a team, supported each other, hung in there until the end.’

Salisbury, who came through the US college system at the University of Memphis, is coached by Rob Morgan and Justin Sherryn while also benefitting from the guidance of LTA doubles guru Louis Cayer, who works with Murray.

The final will be played on Sunday at 5am UK time. 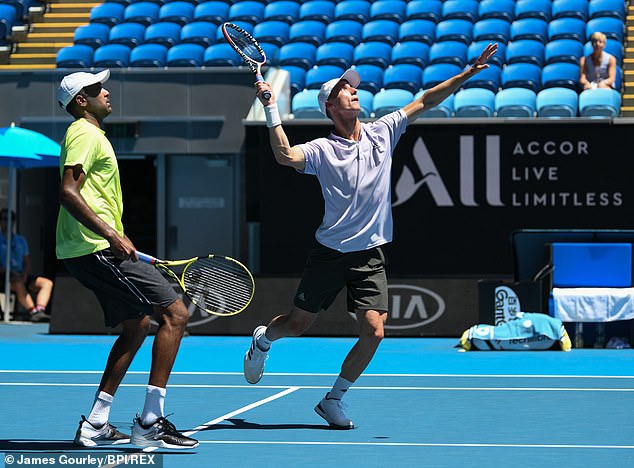 ‘I don’t know them too well, they are playing really well,’ said Salisbury of their next opponents. ‘ They won a record number of Challenger events last year. They have beaten some top teams here. I don’t know them much about them as a doubles partnership.

‘We will do our homework, look at their matches and see what they do well. I guess we will probably be going into it as the favourites, but while we are on paper the seeded team, we won’t be taking it lightly.’