By Walter Finch and Rita Sobot For Mailonline

Brits travelling to six Spanish airports are being warned to brace themselves for more ‘significant chaos’ this summer.

The tourism alliance, Exceltur has singled out the airports of south and north Tenerife, Gran Canaria, Malaga and Mallorca for special warnings.

The organisation says there will be ‘significant and major chaos’ as these airports are particularly popular with the Brits.

And Exceltur says it is ‘urgent’ to improve the provision of border controls to try and improve the situation.

Vice president of Exceltur, José Luis Zoreda said the chaos is being created by the ‘strong explosion’ in demand and will be particularly bad in airports which record the largest arrivals of British tourists. This will include all the airports in the Canary islands.

At the Madrid-Barajas airport, the shortage of personnel at passport controls must be remedied ‘urgently’, Mr. Zoreda added.

The tourism alliance, Exceltur has singled out the airports of south and north Tenerife, Gran Canaria, Malaga and Mallorca for special warnings. Pictured: Queues at Stansted today 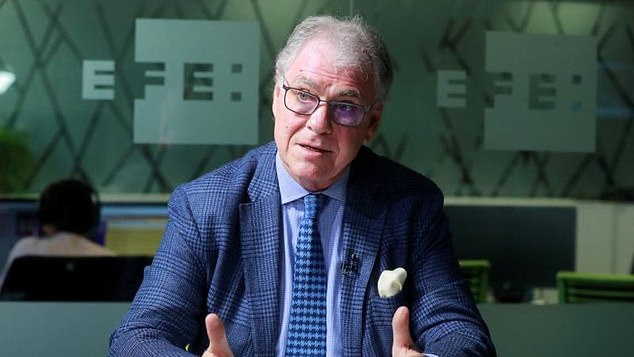 Vice president of Exceltur, José Luis Zoreda said the chaos is being created by the ‘strong explosion’ in demand and will be particularly bad in airports which record the largest arrivals of British tourists

Exceltur says Spain’s airport authority, AENA is not to blame for the problems and praised the ‘great professionalism’ shown so far given the significant volume of tourists arriving in Spain each year.

Mr. Zoreda said lack of personnel was to blame, coupled with the impact of the Ryanair and easyJet strikes and flight cancellations.

He has urged the Ministry of the Interior to make sure there are all the necessary police resources at the main tourist airports and in Madrid-Barajas to facilitate passport control.

‘These are causing remarkable dissuasive problems and inconvenience to tourists who want to fly to Spain,’ he said. ‘The Ministry of Interior must provide the necessary means so that Spanish airports continue to stand out as the best gateway for tourists to enter and exit our country.’ 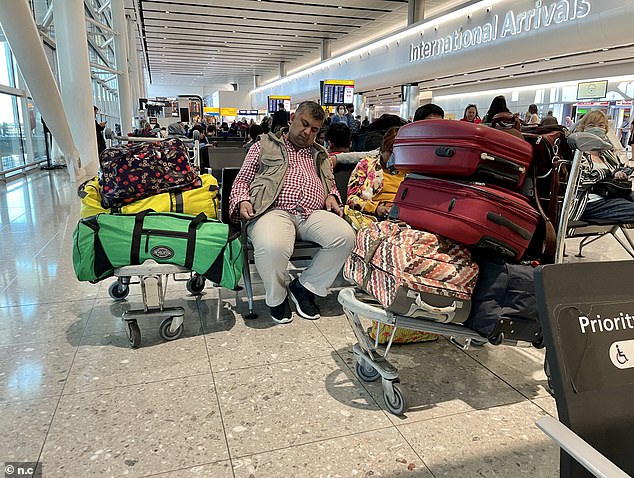 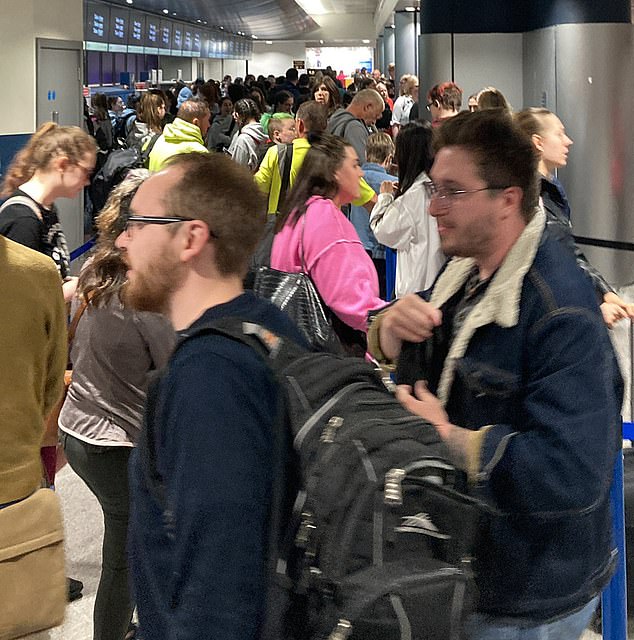 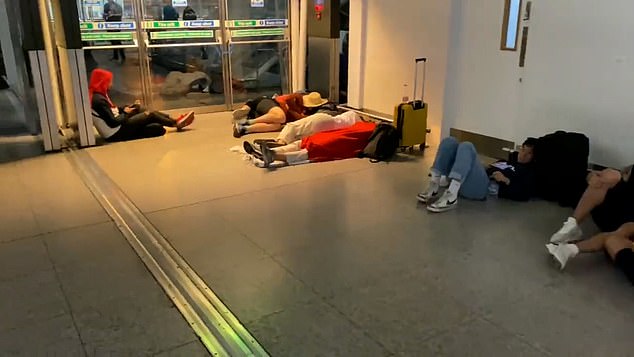 Meanwhile, British tourists have been dealing with endless problems and ‘total chaos’ back home in the UK as airlines cancel flights and airports lose luggage.

BA cancelled 17,600 flights up to the end of June, equivalent to 2.8 million seats, telling bosses at Gatwick and Heathrow it is cancelling more than 650 flights to more than 70 destinations including Malaga, Ibiza, Palma, Faro and Athens to try and avoid more chaos at terminals.

Nearly 1,000 further flights have been cancelled so far this month alone, including 785 from Heathrow and 186 at Gatwick.

The airline has said it is facing the ‘most challenging period in its history’ and has ‘regrettably’ had to make further reductions to its schedule.

And EasyJet’s chief operating officer Peter Bellew resigned on Monday amid growing pressure on the airline to reduce flight disruption.

His resignation came on the same day that one passenger waiting at Manchester Airport tweeted a photo of a queue to enter Terminal 3 that stretched into the multi-storey car park.

And this morning, executive chairman for Jet2, Philip Meeson, criticised ‘inexcusable’ airport chaos as the group reported losses of £323.9 million for the year to March 31.