Britons give up on Christmas: Just 13% believe coronavirus rules will be eased by the festive season

Britons give up on Christmas: Just 13% believe coronavirus rules will be eased by the festive season amid backlash over Boris’s handling of the crisis – with NICOLA STURGEON seen as more competent (and a third believe he’s not over Covid yet)

The vast majority of Britons are preparing for a gloomy Christmas under coronavirus restrictions, a poll reveals today amid widespread dissatisfaction with Boris Johnson’s handling of the crisis.

Little more than one in eight (13 per cent) of those polled for MailOnline believe that restrictions on the number of people who can gather together will be lifted before the festive period.

A full three quarters (75 per cent) believe that the rules will still be in place and they will face making hard choices about which family members they will be able to see.

Almost half (48 per cent) of those surveyed by Redfield and Wilton Strategies either disproved or strongly disproved of Mr Johnson’s personal handling of the pandemic over the past nine months, with less than a third (30 per cent) approving of his leadership.

And in a finding that may alarm the strong unionist sentiment inside 10 Downing street, Scotland’s independence-backing First Minister Nicola Sturgeon is seen as the current or former senior politician most voters feel would do a better job than Mr Johnson. 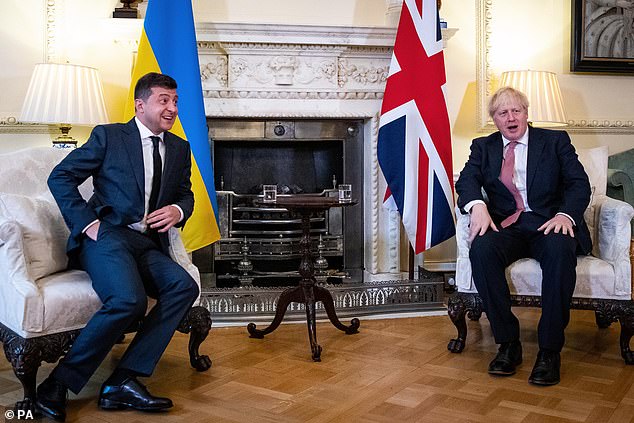 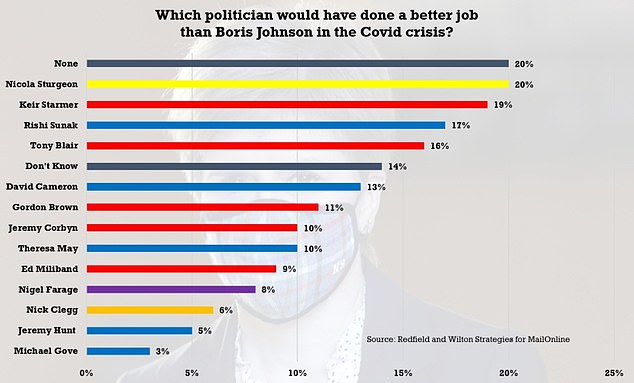 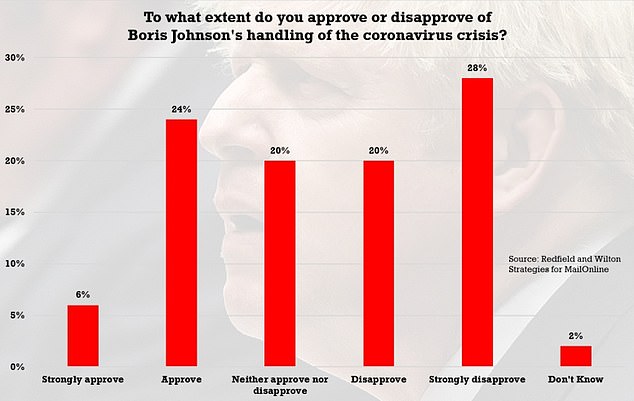 She was backed by 20 per cent of the 3,000 people surveyed to do a better job than Mr Johnson, just ahead of Labour leader Sir Keir Starmer on 19 per cent and Chancellor Rishi Sunak – seen as a potential Tory leadership rival to the PM – on 17 per cent.

However, 20 per cent of those polled also felt none of the politicians they were offered would do a better job than the PM.

It came as Mr Johnson prepares to plunge 10million Northerners into even tougher lockdown restrictions next week, shutting pubs despite an outcry from local leaders and a gathering Tory mutiny.

The PM has signed off a new ‘traffic light’ system of curbs for England after days of bitter wrangling between ministers and scientists, with a swathe of the country where infections have been surging facing the the harshest Tier Three level.

The mechanism for classifying ‘red’ zones are expected are still unclear, but they are expected to cover Manchester, Liverpool and Newcastle – three cities that have continued to see infection rises despite local lockdowns.

Hospitality businesses are set to be shut under the new measures, but shops, offices and schools will stay open.

Ministers are still mulling the fate of hairdressers and leisure facilities in the ‘red’ zones – but there will be special furlough-style compensation for workers and firms hammered by the curbs. 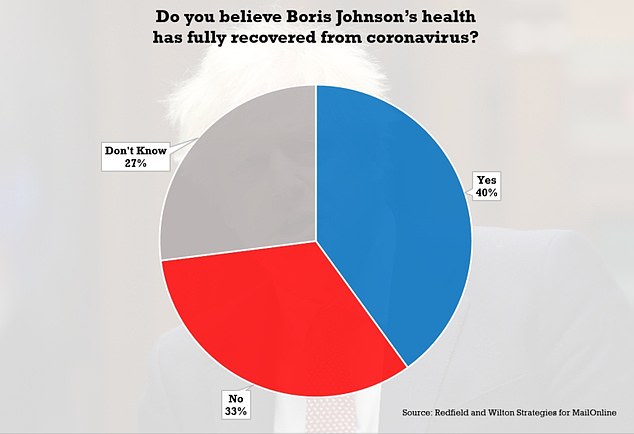 Mr Johnson made a point of addressing critics of his health when he addressed the Conservative Party virtual conference on Tuesday.

The 56-year-old offered to wrestle health critics to prove his fitness and attacked ‘nonsense’ suggestions that his battle with Covid in the spring had ‘robbed me of my mojo’.

But his protestations in recent weeks seem not to have cut through to the public.

A third believe he has yet to fully recover from his brush with the pandemic, which saw him spend several nights in intensive care in St Thomas’s Hospital in London.

Two-thirds (66 per cent) either approved or strongly approved of the controversial measure that would shut down pubs, restaurants and other hospitality and service sector businesses employing millions. Just 13 per cent opposed or strongly opposed the concept.