Voters and Tory MPs last night urged Boris Johnson to rescue Christmas by exempting children from his ‘rule of six’.

A Daily Mail poll showed more than four in ten support a U-turn on the policy, letting grandparents see their families over the festive season. Tory backbenchers savaged the ‘grotesque’ restriction which, from Monday, bans groups of seven or more in a bid to halt a second wave of coronavirus.

In Scotland and Wales such gatherings are also outlawed – but children under 12 are exempt. Graham Brady, chairman of the 1922 committee of Tory backbenchers, called on Mr Johnson to follow suit.

Downing Street is refusing to back down, even though young children are much less likely to catch or spread Covid-19. Officials said an age threshold would make enforcement too difficult for police officers.

The Mail revealed yesterday that the rule was introduced following a row in Cabinet. On Thursday Scottish first minister Nicola Sturgeon said under-12s would be freed from her version of the rule of six north of the border.

The row intensified yesterday when Mark Drakeford, first minister of Wales, said he would do the same. 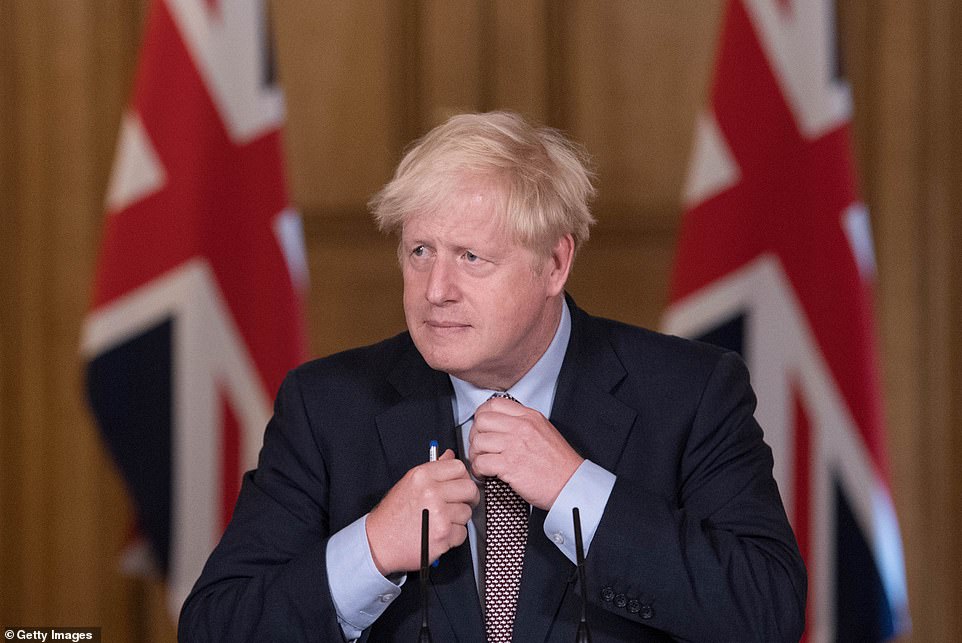 Boris Johnson’s approval rating is at -21, though he is still seen as more competent than Michael Gove, Priti Patel and Gavin WIlliamson. Health Secretary Matt Hancock has an approval rating of -20 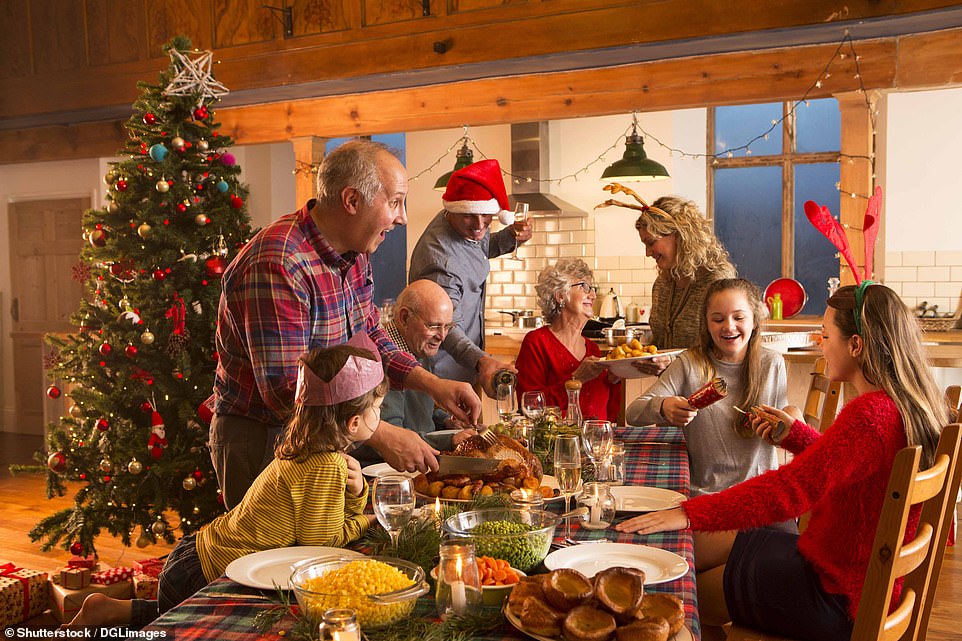 He told BBC Breakfast: ‘We decided it was not proportionate to include young children who are not vulnerable to coronavirus, or to spreading it in the way that adults are, so therefore we are not including them.’

But Downing Street said: ‘We looked at all of the evidence in advance of the decision that was reached on Wednesday and it was decided to proceed with a rule of six that applies to all ages.

‘What we have done is ensure that the rules have been simplified and strengthened so they are easier to understand. Social distancing measures can only be effective if the public understand them and abide by them.’

Sir Graham said exempting young children was sensible and would help families wrestling over which relatives to see over Christmas.

He added: ‘These are the kind of issues which would be drawn out in a parliamentary debate and it shows why it is wrong for the Government to set rules in an arbitrary way, without parliamentary scrutiny.’

The survey found that 41 per cent of voters say the PM should exempt youngsters, compared with 32 per cent who disagree. It also shows that a third of families have had their plans for Christmas disrupted by the rule of six. Three quarters believe that most people will ignore the limit anyway.

Tory backbenchers are in uproar over the Government’s plan which could jeopardise Christmas for families across the country with their maximum rule of six people. In Scotland, the six maximum does not include children aged 12 and under

Sir Iain Duncan Smith, a former Conservative Party leader, said: ‘Kids should not be counted below a certain age.

‘I would prefer the rule to apply to six adults. We know how this virus is being spread, and it’s by young people going out and partying in large groups, so target them instead.’

Tory MP Steve Baker said: ‘It is time for us to actually start living like a free people, not subjecting ourselves to constantly shifting legal requirements, which I think now no one can fully understand.

‘It’s not just about Christmas – it could also be about Remembrance Day.’

Professor Jason Leitch, national clinical director for Scotland, said under-12s usually had only mild symptoms and were unlikely to get the disease.

He added: ‘The other balance you are trying to draw here is kids need to play: it’s an essential part of their social upbringing.’

The Mail’s poll, by JL Partners, found that well over half of people back the view that the Government’s anti-coronavirus strategy shows signs of ‘panic’, and agree that millions are using the pandemic as an ‘excuse’ not to return to their workplace.

It also provides evidence that plans for ‘Covid marshals’ could become a snoopers’ charter. As many as 32 per cent say they will report on neighbours they suspect of flouting the new rules, with 49 per cent saying they would not.

The Prime Minister will take comfort from support for his ‘rule of six’. Six in ten say it is fair, compared with two in ten who say it is not. There is support for fines of up to £3,200 for those who break new Covid laws more than once. 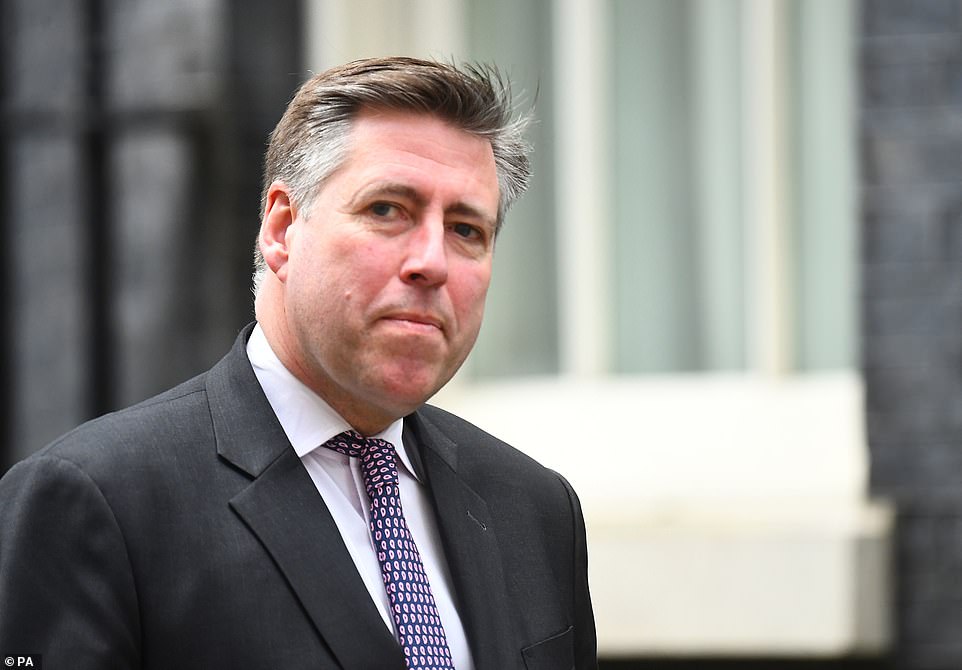 Sir Graham Brady, chair of the 1922 Committee of Tory Backbenchers urged Boris Johnson, to follow Nicola Sturgeon’s decision to exclude children under 12 from their count of six people

The poll indicates solid public backing for calls by ministers and business leaders for staff to return to their workplaces.

The survey shows confidence in Mr Johnson’s leadership has been dented by mistakes in his coronavirus strategy and his decision to break the law over the Brexit ‘divorce’ deal with the EU.

Chancellor Rishi Sunak is preferred as prime minister by 39 per cent, well ahead of Mr Johnson on 31. Meanwhile, most think Mr Johnson’s £100billion ‘moonshot’ plan for ten million Covid tests a day is more akin to moonshine.

A total of 77 per cent say it is not credible and 61 per cent believe that the huge reported cost does not represent value for money.

Only 28 per cent say ministers have handled the pandemic well.

Health Secretary Matt Hancock was heavily outnumbered at a meeting of Boris Johnson’s Covid cabinet on Tuesday when he put forward plans to cut the limit on social gatherings to just six.

Chancellor Rishi Sunak, Business Secretary Alok Sharma, Transport Secretary Grant Shapps and Home Secretary Priti Patel are understood to have made the case for a higher limit of at least eight. But a Cabinet source said Mr Gove had also played a pivotal role in ensuring that the controversial rule of six was brought in. 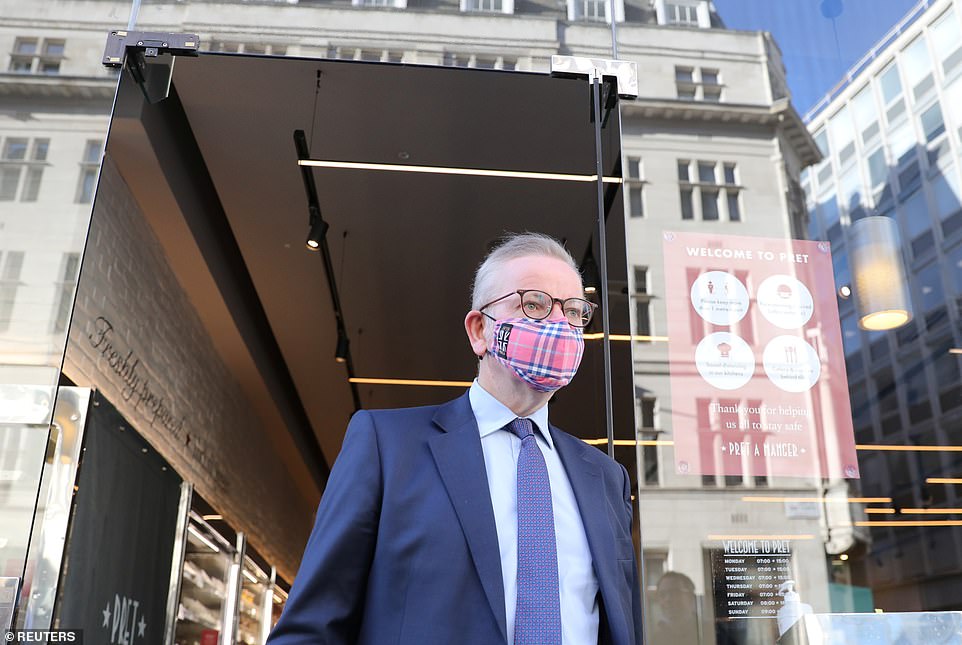 Chancellor of the Duchy of Lancaster, Michael Gove, pictured, was determined to limit the number of people who could meet up in public or private to just six, despite the strong objections of several cabinet colleagues who wanted a higher number 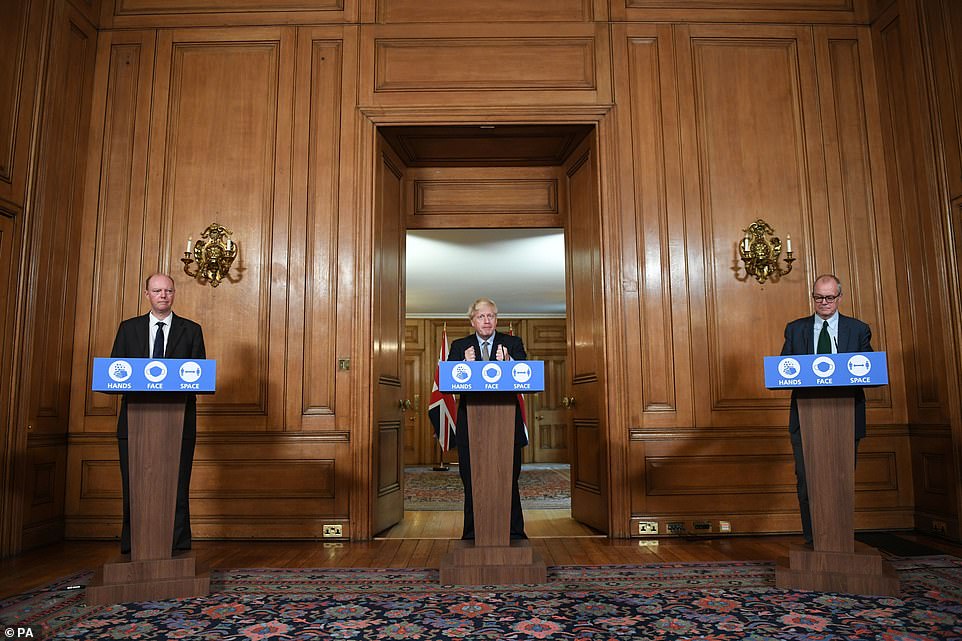 ‘Michael was driving this. For some time now he’s been consistently on the side of the toughest, most heavy-handed approach,’ the source said.

‘There was a lot of dissent. The PM was completely torn, and the meeting did not conclude well.’

One Cabinet minister told the Mail: ‘The numbers are awful and it is clear we have got to do something.

‘But the idea of the Government threatening to fine and arrest people for seeing their families makes me feel sick.’

A source close to Mr Gove confirmed he had been ‘supportive of moving to six’ but played down suggestions of a row. ‘It was a thorough consideration of the policy,’ the source said.

The PM’s spokesman saying it was ‘inaccurate’ to suggest Mr Hancock had been a lone voice. One insider said a ‘good few’ ministers had supported the restriction. No 10 has also denied that the PM had to be ‘talked round’ to adopting a policy which he later said ‘breaks my heart’.

The new rule of six represents a dramatic cut in the legal limit on the size of groups who can meet, which previously stood at 30.

The decision to back it at Tuesday’s meeting of the PM’s Coronavirus Strategy Committee meeting followed presentations on the recent surge in the virus by Chief Medical Officer Chris Whitty and Chief Scientific Adviser Sir Patrick Vallance.