Britain is becoming a nation of ‘homo-sedens’ because our lifestyles are so sedentary, an Oxford University academic has warned.

His research shows people should be eating about 3,000 calories a day to get the right amount of nutrition – too much for those with sedentary lifestyles.

Dr Clayton said: ‘People who say you can get all your nutrients from a well-balanced diet don’t know what they are talking about.

‘We’re all time-poor, buying food that is ultra-processed, which has all the calories but no nutritional value.’

Dr Clayton, of the Institute for Food, Brain and Behaviour, said one of the healthiest times to be alive was in England in between 1850 and 1885.

He said physically-demanding lifestyles and unprocessed food meant many people lived into their 80s and beyond – despite having much poorer medical care than today.

He told the Sunday Telegraph: ‘We used to be physically very, very active, we’re designed to work with our hands.

‘But we are naturally lazy and easily seduced by things that make life easier for us, like wheels on our luggage. We have become homo sedensis.’ 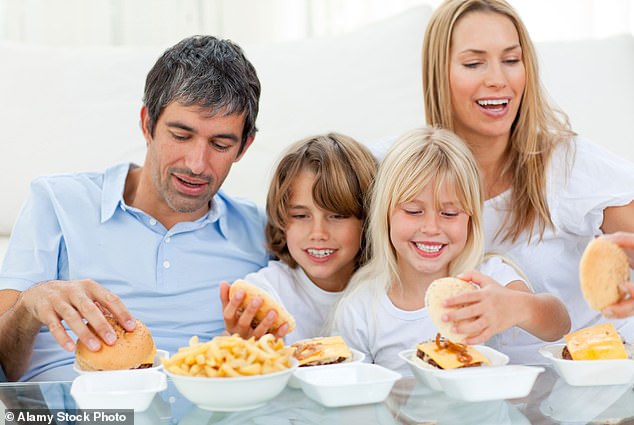 The Oxford University scientist’s research shows people should be eating about 3,000 calories a day to get the right amount of nutrition

Dr Clayton is backing a new ‘super pill’ called Lyma which has been created off the back of evidence from more than 20million hours of research and a total of 200 studies.

The supplement has been backed by scientists from the University of Westminster and is said to reduce anxiety and insomnia by 70 per cent.

Other studies have shown it can shorten colds by 37 per cent and increase antibodies by 32 per cent.

He said told The Sunday Telegraph: ‘I have to be able to defend this to my colleagues at Oxford and for the first time I am pretty confident this will work.

‘This is not just about looking better and feeling better, this is about real health benefits.’

Dr Clayton, who has worked on supplements for 40 years, is the former adviser to the Government’s Committee on Safety of Medicines.