Brits are the most concerned about coronavirus, study suggests

Britons are more concerned about the coronavirus than people in any other country, including Spain and Italy, according to a new study.

UK researchers conducted surveys on nearly 7,000 people’s thoughts and fears about the virus between mid-March and mid-April, across 10 different countries.

While the UK came at the top of the pile, Spain followed for residents with the greatest concerns and anxieties about coronavirus, with the US in third place.

Germany came fourth above Sweden – which has not imposed an official lockdown – followed by Australia and Japan in sixth and seventh, respectively.

Italy, the pandemic’s first European epicentre, ranked a fairly low eight out of the 10 nations, followed by Mexico and South Korea in joint last place.

South Korea was at the bottom of the pile as the ‘least concerned’, possibly partly due to the nation’s successful testing and tracing policy.

UK have the highest overall levels of concern about coronavirus – more than Italy or Spain, the survey found

However, there was little difference between many of the countries, with risk perception generally high in all nations.

The University of Cambridge research team set out to uncover some of the key psychological factors behind people’s concern and whether this influenced steps to prevent infection.

Greater concern about the virus correlated with taking a number of preventative public health measures such as increased hand washing or wearing facemasks.

Risk perception table (points given out of seven)

‘Without pharmaceutical treatment, we are relying on people changing their behaviour to put the brakes on this pandemic,’ said Dr Sander van der Linden, study lead and Director of the Cambridge Social Decision-Making Lab at the University of Cambridge.

‘The willingness to adopt protective behaviours such as frequent hand-washing or physical distancing is likely to be influenced, in part, by how risky people perceive the virus to be.

‘We think this is the first comparative evidence of how people perceive the risk of COVID-19 around the world.’

The study, based on data from 6,991 participants, measured risk perception by combining people’s ratings of how prevalent, how life-threatening and how worrying they thought the virus was.

Men typically had lower levels of concern about the virus than women, despite the fact that COVID-19 appears to be more fatal for adult males than females.

In several of the countries, people who got information on the virus from friends or family also perceived higher risk.

Meanwhile, ‘pro-sociality’, or a belief in the importance of doing things for the benefit of others, was linked with heightened concern about the virus in all 10 countries except South Korea.

Pro-sociality – an example of which is the UK’s weekly clapping for NHS staff – was also one of the most important psychological factors of risk perception internationally. 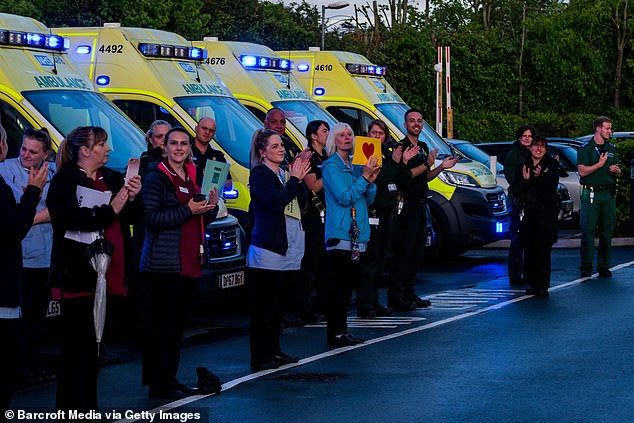 In the UK, ‘clap for our carers’ help Brits publicly signal pro-social intentions through a shared sentiment and ‘the spread of positive emotions’, researchers said

‘Appealing to pro-social motives can be an important part of solving social dilemmas during pandemics,’ said co-author Dr Claudia Schneider at the Winton Centre for Risk and Evidence Communication at the University of Cambridge.

‘For example, “clap for our carers” campaigns help us to publicly signal pro-social intentions through shared sentiment and the spread of positive emotions.

‘The more people believe that it is important to do things for the benefit of others and society, even if they have some costs to them personally, the more concerned they are.’

Although pro-sociality did not correlate with higher levels of risk perception in South Korea, pro-sociality in all 10 countries – including the East Asian nation – was high.

Meanwhile, what the researchers term an ‘individualistic worldview’ – originating from a belief that governments meddle too much in our lives – related to lower levels of concern about the risks of coronavirus.

While this worldview is associated with certain US states, it was also related to risk perception in Germany, Sweden, Spain, Japan and the UK.

‘The perception that the government is restricting people’s freedom might cause psychological pushback among some people with strong individualistic worldviews,’ said co-author Dr Sarah Dryhurst, also from the Winton Centre.

‘We see this expressed in anti-lockdown protests in the US and Germany, for example.’ 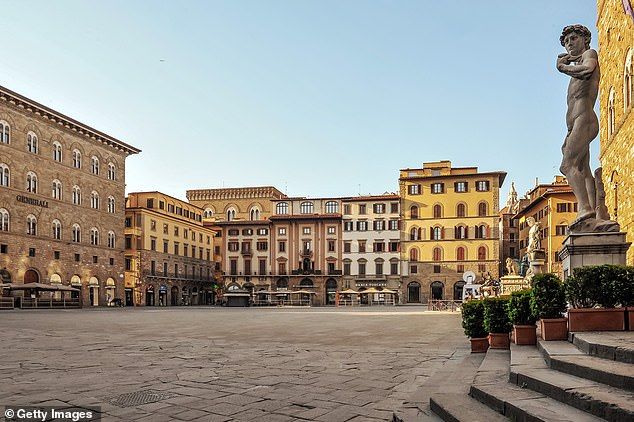 Political ideology was less significant for risk perception overall, although a more conservative outlook was associated with lower levels of concern in the UK and the US.

Researchers hope the study, which has been published in the Journal of Risk Research, can help the global effort react to COVID-19, which has killed more than 253,000 people as of Tuesday.

‘Governments are asking people to stay inside and give up their livelihoods in order to protect their societies,’ said Dr Alexandra Freeman, director of the Winton Centre.

‘It’s important we understand how people react to the information and instructions they receive about the virus.’

Earlier this week a report by the Office of National Statistics (ONS) found half of British adults felt anxious about COVID-19 lockdown.

More than 25 million people were affected by high levels of anxiety, while the number of people over 16 reporting deep levels of concern and stress had more than doubled since late 2019.