Brittany Ferries would fully refund my trip due to Covid, but not after my husband passed away

I thought you may be interested in the different levels of customer service I have experienced with travel companies following the recent, very unexpected death of my husband.

We had several trips away booked for this year, which I did not want to go on alone or with someone else as I would find this too upsetting.

I contacted British Airways, Ryanair and Travel Republic regarding bookings and they all refunded me promptly and treated me with compassion, which I really appreciated.

But it was a totally different story with Brittany Ferries, with which we had paid a deposit of £550 for a ferry crossing to Santander, Spain.

This reader was only offered a partial refund of her Brittany Ferries fare after her husband sadly passed away, despite earlier being offered a full refund due to Covid

It was initially set for October 2020, but was cancelled due to Covid. We were offered a full cash refund, but at that time were happy to reschedule to keep our holiday and support the company.

After several subsequent cancellations, the booking is now for this june.

After my husband died I contacted Brittany to cancel, but it said it could now only offer me half of the money back, and the other £275 as a voucher for another trip to use within two years.

This is the standard refund offered to anyone cancelling a trip, for any reason or none.

I explained that it was a trip with my husband, and I could not foresee being in a position in the near future to spend hours in a car with another person or sleep overnight in a cabin with someone else.

I have spent hours on the phone to customer services, and the case has been escalated to supervisors who still say they are unwilling to take my special circumstances into account and refund the full amount.

I accept that companies have terms and conditions on tickets, but I feel that in the case of Brittany Ferries, unlike all the other companies I have spoken to, there has been no willingness to look at these exceptional circumstances.

Bereaved people have enough to deal with without the stress of having to deal with numerous companies. A.O, via email

Helen Crane, This is Money, replies: First of all, I am very sorry for your loss.

Our mailbox is sadly full of tales from readers who have not been treated with compassion when they have contacted companies to inform them of a bereavement.

While you say some of the customer service operators you spoke to were sympathetic to your situation, they were ultimately told by managers that they could not offer you your money back in full.

It is especially galling in this case, as you could have got a full refund had you cancelled the trip when Covid hit in 2020.

Instead, you – like many other holidaymakers at the time – were willing to support the travel industry by letting Brittany Ferries keep your money and rescheduling the crossing for a later date.

Holiday firms were urging customers to do this at the time, to save them from going under during the pandemic.

Unfortunately, Brittany has not returned the favour. When you contacted the company following your husband’s death, it appeared unwilling to support you in your time of need.

I contacted Brittany Ferries to ask whether it could reconsider its decision due to your circumstances.

Unfortunately it did not offer an apology for the stress this has caused you, at a time when spending hours on hold to customer service departments was the last thing you needed.

However, it has now done what I consider to be the right thing and refunded your deposit in full.

You have already received a cheque for £275, and another for the same amount is now on its way meaning you will get back the full £550.

I wish you all the best at this difficult time. 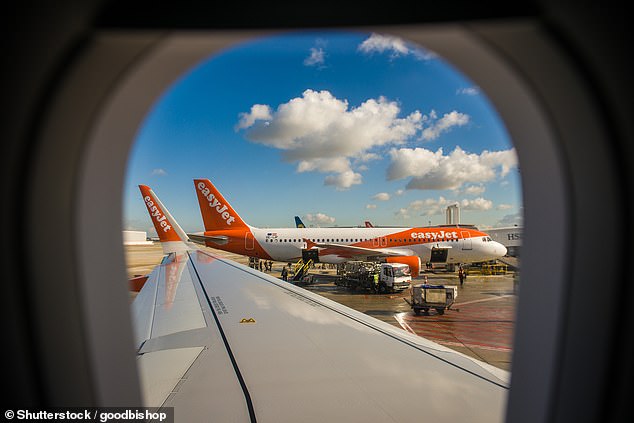 Flight fail: Reader Heather experienced significant delays when she attempted to get a refund from Easyjet for her journey to Malta, which was cancelled in the spring of 2020

Miss: Easyjet Following the havoc Covid wrought on the travel industry, our mailbox is full of customers who find themselves on a wing and a prayer, hoping to get a refund from an airline.

Many have found themselves in for a long haul when it came to getting back their cash. This week, reader Heather told us that securing a refund for flights she booked with Easyjet has been far from easy, taking almost two years.

She said: ‘I join the great number of people whose flight was cancelled during the first lockdown in 2020. I was due to travel to Malta and the flights cost £196.

‘A voucher was issued and there was initially no choice of having a refund. However, last year I received an email from Easyjet saying I could indeed have one.

‘After trying to say it made a mistake and I wasn’t eligible, Easyjet eventually said it had processed it, and that the money would be in my account in seven days.

‘But the bank transfer was processed wrongly and the money was sent back.

‘After two months of phone calls, emails and complaints to my bank, I discovered the fault appeared to be at Easyjet’s end.

‘They asked for a letter from the bank proving the funds had not gone into my account, which I provided.

‘But now they say they can’t process a refund as the letter was not signed. How can this shoddy service be allowed?’

Heather since got a signed letter from the bank, and the money has now landed in her account.

But why has it taken two years for her to receive what should have been a relatively simple refund?

I contacted Easyjet to find out. A spokesperson for the airline said: ‘Easyjet initially paid the refund using the account details [the customer] provided and we received confirmation that the original refund to the original payment method was successful.

‘Because we were then informed her bank was unable to trace the transaction, we required a signed, stamped letter from the bank to confirm that they have not received the payment, in order for us to raise another bank transfer.

‘We do need to have processes in place to mitigate against any potential fraudulent activity. As soon as we received the signed letter we processed the refund.’

While this technical hitch sounds legitimate, it took far too long for the money to arrive at its final destination – safely in Heather’s account. 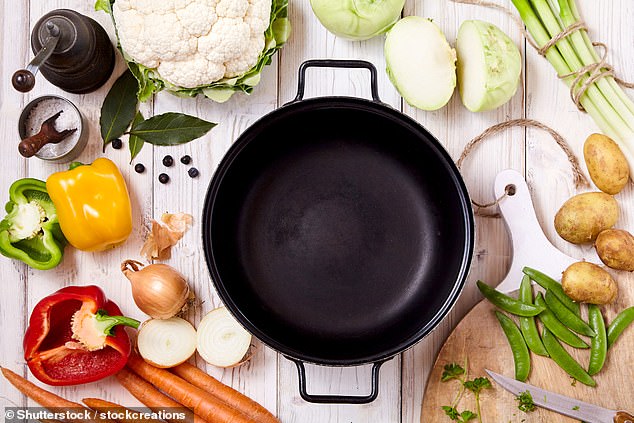 Chef’s kiss: Steve’s experience with cookware firm Circulon exceed his expectations, as they replaced a 15-year-old set of saucepans when the non-stick coating began to wear off

Hit: Circulon On a brighter note, reader Steve received such fantastic service from saucepan company Circulon that he just couldn’t keep a lid on it.

He said: ‘I’ve never done this before, but I wanted to give Circulon a round of applause.

‘We purchased a set of their saucepans around 15 years ago and the non-stick coating has started to show signs of wear on three of the pans.

‘I contacted Circulon and after sending photos of the issues they are replacing the three pans, free of charge. Amazing customer care.’

It’s always nice to hear of a firm that has a handle on good customer service, and we are sure Circulon will appreciate your warm words.